IBM Saving Up to $50m by Switching to Mac 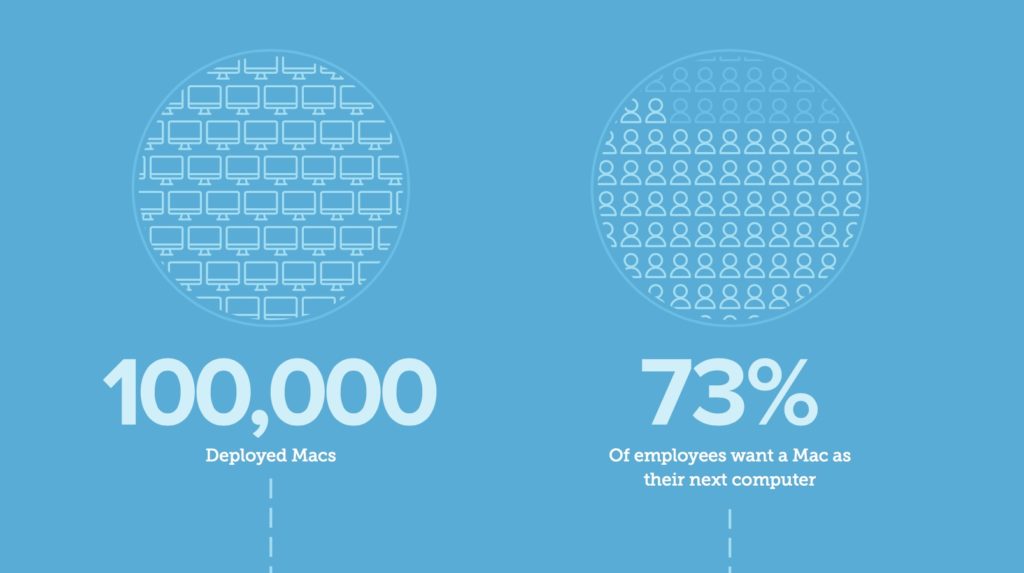 IBM is becoming the world’s biggest Mac enterprise, with almost 100,000 Macs now deployed across the company, according to Jamf’s Annual Apple Trends Survey.

This is only the beginning — IBM claims 73 percent of its employees would choose a Mac instead of a Windows PC if they get the chance to choose. There are 400,000 employees at IBM, so if almost three quarters of them move to Mac that will be 300,000 happy upgrades to macOS from Windows.

IBM is thrilled, I guess. It should be. Every one of its employees who chooses to use a Mac is saving the company money. Sure, the up-front cost is higher, but support costs are minimal, on-boarding is easy and integration is simple, thanks to Jamf.

In October 2016, IBM said it saves up to $543 per user per Mac in contrast to the cost of running Windows PCs. This means that with 100k Macs across the company, it already stands to save up to $50 million. If it does end up giving Macs to all its employees who might want them it will save even more money. The company also has around 200,000 iOS devices in use by its employees.

It’s not all about the money.

Speaking at the Jamf conference in 2016, Fletcher Previn, vice president of workplace-as-a-service at IBM, pointed his guns firmly at digital transformation of the company:

“The goal is to delivery an employee choice program and to at least aspire to have the greatest Mac program in the world … We think the Mac is a great vehicle for reinforcing the culture changes we want to have within IBM.”

The cultural changes within enterprises favour agile development, data-driven collaboration and fast identification and response to market change. To achieve this, companies like IBM are working hard to create more autonomous and less hierarchical structures that favour collaboration and flexibility. IBM reports a 91 percent user satisfaction rating across its Mac using workforce.

The great appeal to Apple’s kit is that it can be used effectively by anyone at all – you don’t need to study it, but its Unix-base means you can deck the system out almost any way you want – just look at some of these tips to figure out how.

On a more serious note, we still haven’t seen anything like how we can imagine Apple and IBM may work together to create AI solutions for these products, and that’s where the digital transformation of the enterprise will really take place.