How to turn off typing suggestions in iOS 10 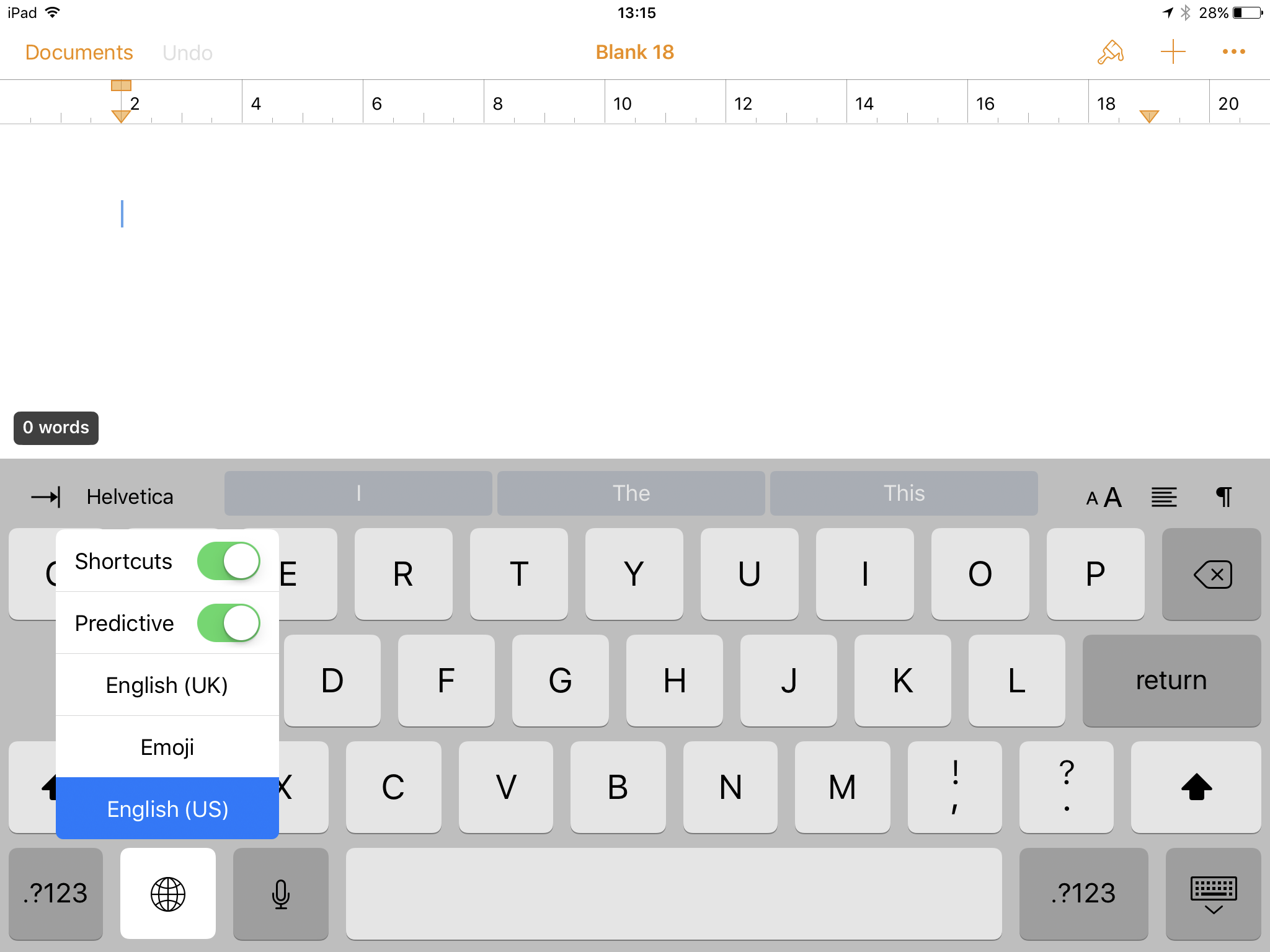 Do you use Apple’s typing suggestions? Do you want to turn them off? Or even switch them back on again?

QuickType is the name of Apple’s automatic typing suggestion feature. It places suggested words in a row of three suggestions you find directly above the keyboard characters. These change as you type new characters and while the system is pretty fast, some rapid writers do outpace it.

For many, it’s useful, for others less so…it depends on how you like to work.

There are two easy ways to switch the feature off or on again:

The fastest method is to tap and hold the keyboard icon on iOS, the one that looks a little like a globe on an iPad (or a smiley face on iPhone), it’s direct to the left of the space bar.

Tap and hold this icon and a menu pops up, offering toggle controls for Shortcuts (iPad only) and Predictive, along with switches that let you choose which keyboard you want to work with, such as English (UK), English (US), or Emoji.

The slower method is to open *Settings>General>Keyboard* and set the Predictive toggle to off (green is on).