How to tell if your iPhone Message chat is encrypted 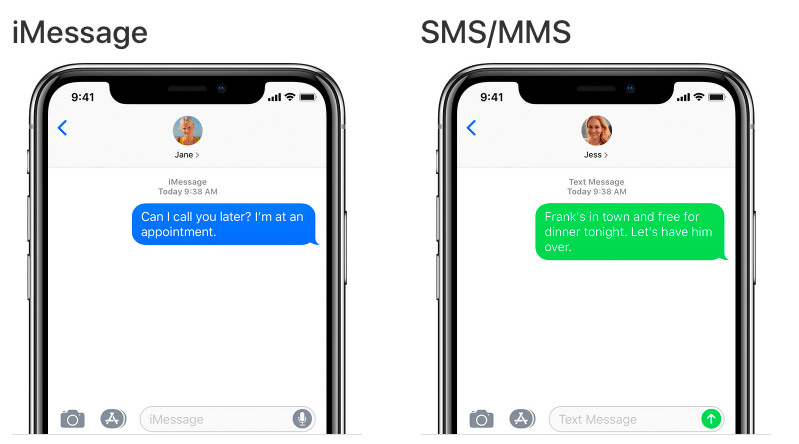 How can you tell when a conversation you are having in Apple’s Messages app on your iPhone is encrypted?

Well, blue is good, green is bad, and here’s what’s going on.

What’s going on with encryption in Messages

Apple iMessage offers end-to-end encryption. This means only the sender and recipient(s) can see the contents of the message – except when the message is being sent across SMS. An SMS message is not encrypted and its metadata (and in many countries, the content) is stored by the service provider (your carrier).

How to tell if your iMessage chat is encrypted

Apple makes it simple to check if you are in an encrypted chat: It’s all in the color of the message. You see, when you have a conversation over standard SMS or with someone who cannot access the iMessage servers then you’ll see the message appear in a green bubble.

This means the conversation is going across SMS-based servers and is therefore not encrypted by Apple. If you see a blue bubble containing your message then it is encrypted as it has travelled across Apple servers:

How to enable encryption in iMessage

It’s so easy to enable (or make sure it is enabled):

NB: It is interesting how Apple pretty much consistently uses green to signify that something is working well, and yet when it comes to something as important as ensuring messages you send are encrypted, it uses blue. What a weird decision that was. If you want your message to be encrypted, a green bubble means the conversation is not being encrypted.

How can I tell when I am having an encrypted conversation?

Apple quietly put a little feature in Messages that lets you know when your conversation is encrypted in transit. It’s in the message bar – when you write a message a small arrow appears to the right of the bar. You tap this to send the message. If this arrow is blue, then you are encrypted. If it is not, then it isn’t. That’s all you need to know.

There are a few things to think about. One is that obviously the more people there are in a conversation the more likely it is one of the participants is not encrypted.

Tell me – do you trust Facebook? If so, why do they seem to keep their ownership of WhatsApp quiet? I don’t trust them at all.

Unlike everywhere else in iOS, when it comes to encryption you just need to remember the following: Blue is better than green. (And video will look better, too, because iMessage doesn’t compress video as cruelly as MMS/SMS standards do).