How to make music playback a little louder on your iPhone

If you ever need to listen to music through the speakers on your iOS device you may have felt that the experience lacks a little depth, by which I mean, volume. Here’s what to do:

How to make music sound louder

This is so easy it’s a wonder no one seems to be aware of it.

Ever since Apple launched iTunes it has hidden an EQ tool inside the application.

I’m not certain, but I think it was even there before iTunes became iTunes and was instead known as Soundjam from Casady and Greene (more on that here).

The EQ aims to tweak the music you play using Apple’s music apps, and while the company continues to make the feature as hard to find as it can – though by no means as hidden as the visualizer on iTunes on a Mac, the feature is still clinging on, somehow. 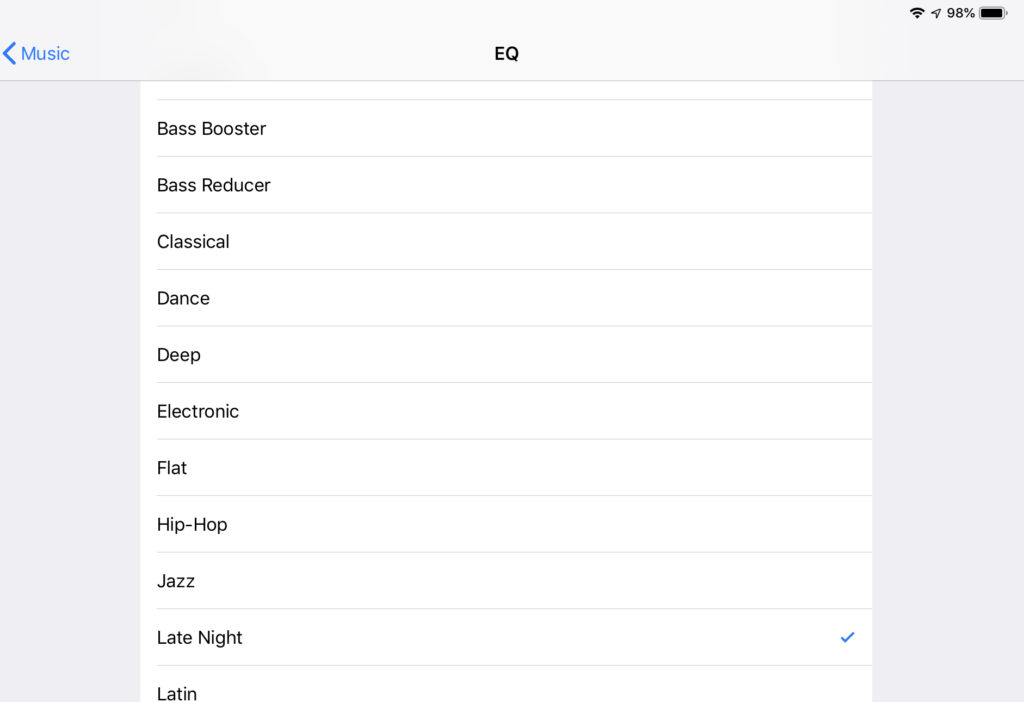 On a Mac, you’ll find the EQ in the iTunes>Window menu. On an iPhone, iPad or iPod touch you’ll find it here:

How to make music playback a little louder on your iPhone

You should hear a slight but welcome and really rather instant increase in music volume.

And that’s how to make music playback a little louder on your iPhone.