How to fix most common Siri problems 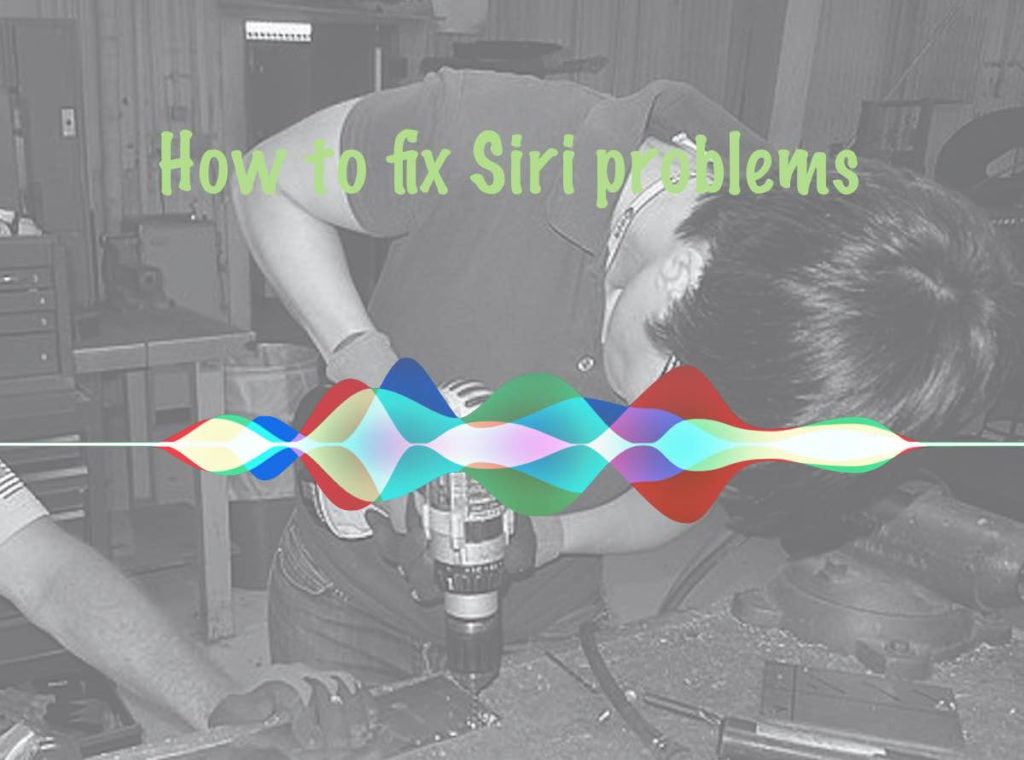 You don’t need a drill, unless you get too frustrated…Image c/o Samantha Cristoforetti and Flickr.

We looked at how to make Siri more accurate recently, but what can you do with Siri when it fails to work properly? Just follow these steps to solve most problems.

Siri won’t work if you’re not online. Check your Internet connection. If the connection isn’t working and should be, then try these:

Turn it on and off again

Believe me, the old fixes are always the best: If Siri is behaving erratically, just restart your device.  If that doesn’t work, then you’ll want to turn Siri on and off again:

Settings>Siri & Search and toggle “Hey Siri” (or Press Home for Siri) off and on again, depending on which you’ve been using.

Does your microphone work?

Have you disabled your microphone in some way? One way to check it is working is to launch the Photos all and record a short video clip while you talk. Play it back with the volume up – if you can’t hear yourself speaking clearly then your microphone may be the problem.

If you’ve recently clad your device in a new case, then take it out of the case and test the mic again, is the case blocking the microphone?

You should also check for lint and other gunk in and gently clean the holes near your microphones (at the top, bottom and rear of the device). Blow gently or use compressed air for this.

Finally, try plugging in a pair of headphones (such as those Apple supplied with your device) with their own integrated microphone. Speak into these, does Siri hear you now? If so, then your mic is broken.

Ask it to tell you a joke. It won’t be so funny.

If you can’t hear Siri then it is possible the Accessibility settings have been changed. Open Settings>Accessibility>Siri and check to see if you’ve enabled Type to Siri, of if you’ve set the Voice Feedback tools inappropriately.

Give Siri a kick

You may need to give Siri a bit of a shock. Here’s how to do it: Open Siri & Search Settings and toggle Siri off. Now you should turn your device off using the on/off button, before turning it on again.

Once your device starts up again, go to Siri & Search Settings and switch Siri on once more. You’ll need to train it up again (sorry), but your assistant will probably be back in action.

What to do if Siri won’t stop talking

Sick of all your devices responding when you say “Hey Siri”. Try this: Open Settings>Siri & Search and switch off the Allow Siri when Locked button. In future, you’ll need to unlock your device to access Siri.

Want to find out more about Siri?

The best way to finds out more about Siri is to ask it “What can you do?”