How to Control the Volume in iOS 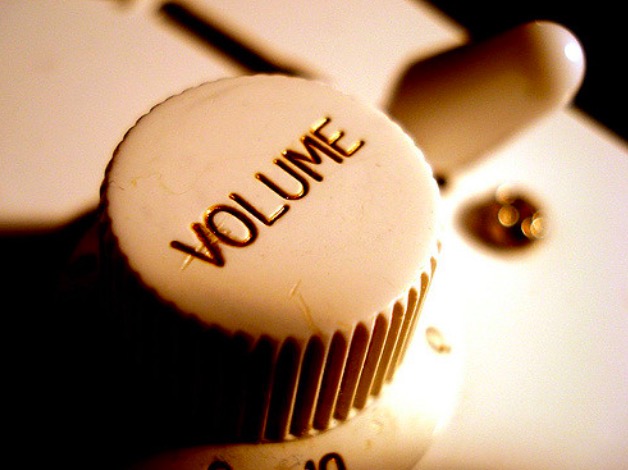 Image c/o Mikelao26/FlickrUse the side buttons

You can control both ring and other application volumes using the side-mounted volume buttons if you wish.

Alternatively, you can set your iPhone so the volume buttons only control application volumes –you must open Settings > Sounds > Ringer and Alerts to change ringtone volume.

This behavior is managed in Settings > Sounds > Ringer and Alerts where you can enable the “Change with Buttons” option.

When enabled the volume of the ringer and alerts can be adjusted using the volume  buttons, when it is not enabled those sounds won’t be controlled by those buttons.

Swipe up from the bottom of the screen to open Control Center and then slide your finger up or down the volume slider you’ll see there. This is shown by the Speaker icon and is situated beside the brightness control.

Say Hey Siri or press the button you use for that task, and say “Hey Siri, raise/lower volume”. You can also use percentages, so you might as Siri to “put volume to 30%”.

If you press and hold the volume slider in Control Center you will activate a 3D Touch version of the control. This takes up the whole screen, and offers finer control over the volume.

Apple quietly shifted in-movie volume controls to a more discrete slider to the edge of the movie screen. This had previously obstructed the center of the screen meaning you missed action while adjusting sound.

Open Control Center and look at the media playback control (usually just to the right of the network controls). Here you will be able to see which track is currently playing on your device and find controls for forward and reverse. To the top right of the control you’ll see two small curved lines. Tap these to open a larger version of this control. Here you can stream audio to all available AirPlay devices, and change the volume using a slider.