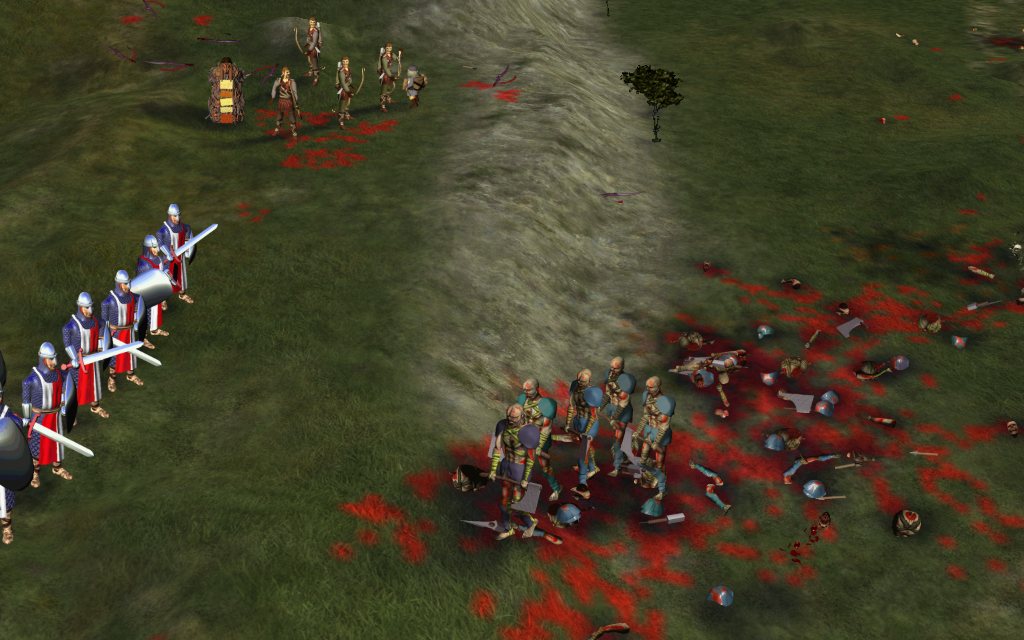 Another great game from the team that later made Halo, Myth, one of the ’90’s most successful fantasy fighting titles. Available for Mac.

Everybody tells you the Mac has never been a great gaming machine.

That’s not entirely true — some of the best first generation games hit the platform first. Bungie, the people who made Halo for Xbox, also created Pathways Into Darkness, one of the first great fantasy titles. And it was Mac only.

However, by the time this Century opened up the Mac was not much of a games platform. You can get games for it, but the most powerful titles demand state-of-the-art processors and hardware optimizations PC users often buy as separate components to build super powerful games machines.

This changes a little with the MacBook Pro and its Thunderbolt 3 connection. A post on 9to5Mac points out how you can link up an external graphics processor unit to your MacBook Pro to play high end Windows gaming titles in Boot Camp.

The existence of that report underlines the big deficit that currently exists between Macs and games. Hardcore gamers use PCs. That seems to be the way things are.

Apple may want to change this.

The company’s most powerful Mac, the Mac Pro, hasn’t been updated in years and years and years. That’s a bad thing. Apple is losing some of its most loyal creative customers as a result. They want the power to do their jobs, and they are finding that you can gain more power from some of the latest high-end Windows PCs, at a better price.

That’s a particular problem when you consider the company’s much-hinted-at-plans to introduce Virtual and Augmented Reality support (VR and AR).

Apple’s Tim Cook has made little secret of the importance with which the company sees these technologies, and I think meeting this challenge may help account for the appalling lack of love pro Mac users have felt in recent years.

You see, at the high end, VR and AR experiences require powerful machines.

One great example of this is the HTC Vive. Arguably the best mass market device available in its category, Vive is sold alongside a powerful HP Envy system, equipped with a Radeon RX 480 and Intel Core i5-6400 processor.

Now think on this: We know Apple is plotting a course to introduce support for VR/AR across its platforms. We know this because Tim Cook keeps telling us.

It’s easy to imagine this will be focused on mobile experiences, but that makes no sense — you’re still going to need creative tools to build the experiences.

Within that context I can’t believe Macs will be left out of the loop. Instead I can’t help but imagine we’ll see  powerful Macs designed to be state-of-the-art VR/AR authoring systems. These could be combined with powerful pro creative applications (think Final Cut X AR), and mobile devices capable of acting as client devices, as VR glasses, for example.

In the event Apple does want to foster AR and VR product development, it must provide the developer tools and the market in which such products can be created, published, and sold. It already has such a market in iTunes and the App Stores, so it seems logical to assume this will be the route to market for these new-fangled thingummy’s.

If the ecosystem does shape up to be built like this, then it is reasonable to expect insanely great high-end Macs, new software, and significant OS and API introductions in support of its plans.

The way the company discusses these ideas it seems clear this is more than Pokemon.

The company truly seems to see these developments as deep and profound changes at a system level. This means it’s reasonable to think the company has been working to create the right environment for its VR environment for some time,

If that truly is the case, then it may be worth noting that Apple has already spent a huge amount of time and effort switching mobile device users over to 64-bit smartphones, starting in 2013. Even the current edition iPhone SE is 64-bit.

What is all that power for?

I can’t explain why Apple has left Mac users in limbo for so long, but given the effort it has applied ton accelerating mobile device development to the point it has reached now, it is possible the company always wanted to do something very dramatic with the Mac, but needed to ensure wide adoption of client devices — in this case, iPhones, before it showed its hand.

I don’t know this is happening, of course — I’m just looking at the threads of speculation and attempting to weave them together to sew a coat that fits. It’s all highly speculative, but I think there’s enough substance that we’ll see some truth within this fantasy.

Apple CEO Tim Cook’s recent statements that the company is still focused on pro Macs, has ideas for its pro software, and his admonition not to think “something we’ve done or something that we’re doing that isn’t visible yet is a signal that our priorities are elsewhere,” certainly suggests Apple has been cooking up something surprising.

Though it could just be a Magic TouchBar and a new Mac Pro.