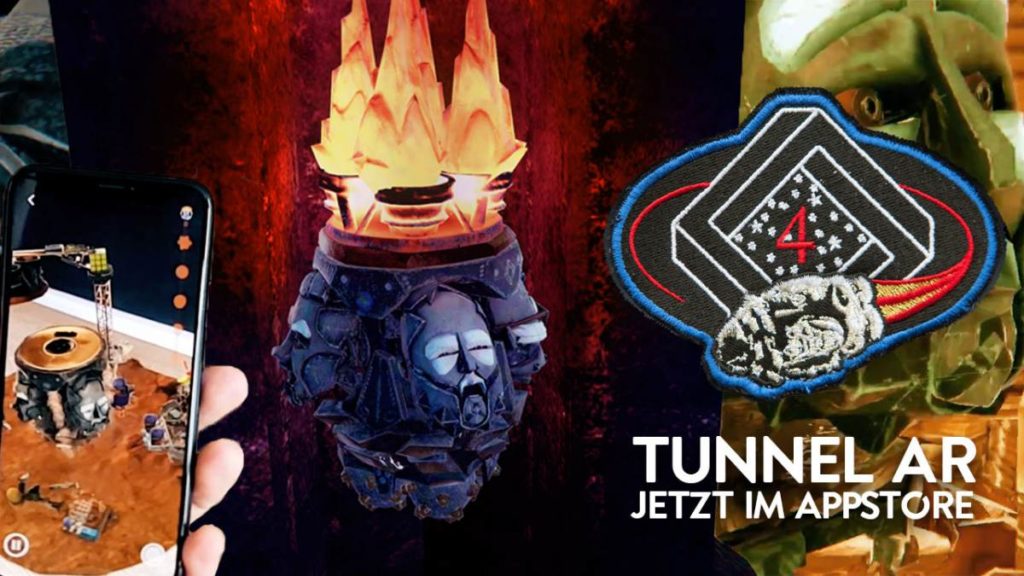 Because it already offers a platform that reaches tens of millions of people, ARKit (and the powerful creative tools Apple provides, such as iMac Pro, Logic and Final Cut) has the potential to do for creative cultural expression what printing did to literacy,  television did to film, and desktop publishing did for graphic design, empowering creative people to explore a whole new creative medium.

That’s what I think

With that in mind, I’m excited to see German act, Die Fantastischen Vier and developer Headraft get together to try to push the boundaries of music video production with one of the world’s first AR music videos, ‘Tunnel AR’, which you can find only on the App Store.

Band member Smudo describes the experience as being like “a playable art installation to accompany the song.”

What makes the project even more interesting (other than its use of ARKit) is a revelation from German daily RP-Online that the app was partly produced on iPhone an X.

Important music title, Curved calls it, “cool, surreal and artistic” and explains how producer Julian Weiss used the technology in Face ID to create it.

The band points out that Apple’s move to adopt AR Kit has put this kind of technology within the reach of creatives working on small, lower budget projects of this kind.

The app is a game, which you center on any horizontal surface. When you do, you get to listen to the band’s music within the context of a game in which you control a drill bit and must shatter your way through to a space ship to take you to the next level.

Marketing types will note that there’s an interesting loyalty bonus within the concept: Play the game enough and you receive virtual bonuses, collect enough of these and you can download a remix of the entire song. This kind of viral reach may help even small brands build powerful communities.

I’ve spotted several interesting music-related AR projects, such as an ARKit app based on A-Ha’s iconic ‘Take On Me’ video, and work from Gorillaz, but what makes the German group’s attempt so interesting is that it has used easily accessible Apple technologies to create a digital cultural artefact that can be enjoyed by most iPhone users for music that can be purchased from iTunes.

The new outfit aims to offer distribution and analytics tools for unsigned acts – will new and cutting-edge acts begin to work with new tools for creative expression such as ARKit and new tools for successful distribution, such as those from United Masters? If they do (and why wouldn’t they?), might we be on the edge of experiencing the birth of a new creative medium?

I’d argue that what Apple has done here is deliver tools that are within the reach of a much wider congregation of creatives than the higher end AR studios that have defined the sector so far. Critcally, it has also provided the distribution platform and a large market capable of accessing these experiences.

With that in mind it should be interesting to see what happens to Die Fantastischen Vier, and how many other acts choose to climb onto the ARKit train across the next few months.

The free Tunnel AR app is available at the App Store and works with any AR-compatible iPhone.