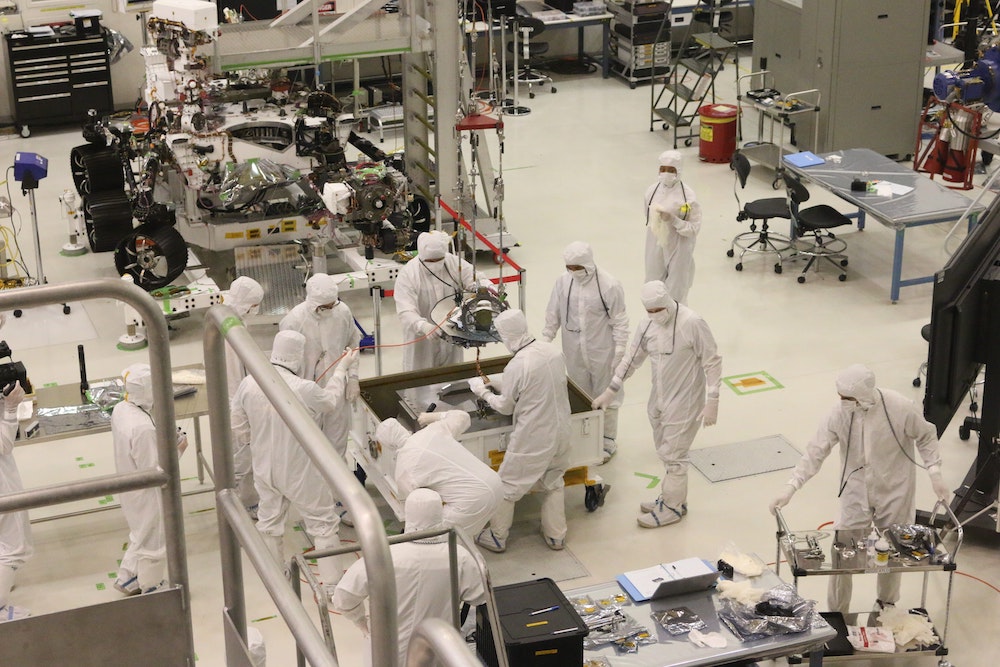 These are not Apple scientists — they are building jet propulsion systems, but it’s probably a little like this at this option Photo by Laurel and Michael Evans on Unsplash

Which should be better than 5G.

(Even though most of us don’t even have that yet…)

On its quest to build its own 5G processors, Apple paid around a billion dollars to purchase Intel’s 5G development teams and physical and intellectual property. While it does this work it is using 5G radios from Qualcomm under a multi-year deal.

The thing is, because history isn’t written until it’s over the history of network standards continues to develop and that industry is already exploring the next generation of networking, which is 6G.

Now Apple has huge investments in the networking technology space it’s of little surprise that it is also investing in the development of next-gen networking standards.

That’s why news that it has joined the Next G Alliance, itself launched by the Alliance for Telecommunications Industry Solutions isn’t surprising, even though it may surprise.

What is the Next G Alliance?

“Designed to set the foundation for a vibrant marketplace for North American innovation in future generations of mobile technology, the Next G Alliance is named after its primary goal: to establish North American preeminence in the 5G evolutionary path and 6G development. Its work will encompass the full lifecycle of research and development, manufacturing, standardization and market readiness.”

While ATIS is looking at 6G it is also working to build into 5G. The group says its  its primary goal is to “Establish North American preeminence in the 5G evolutionary path and 6G development.”

It’s early days. The Next G Alliacne will hold its first meeting on November 16 and the first steering and working groups won’t be formed until 2021.

Now, it’s early days – history shows the time it takes to develop standards in this way.

The first 4G networks arguably emerged in 2009, while it wasn’t until 2019 that we see 5G deployments really take place.

However, Apple faced accusations of slowness in the move to both standards, and it’s arguable that, now it has its own manufacturing technologies within this space, it may plan to get a little further ahead next time around.

After all, you can’t argue that Apple’s processor designs don’t get a kick inventing the best in the business.