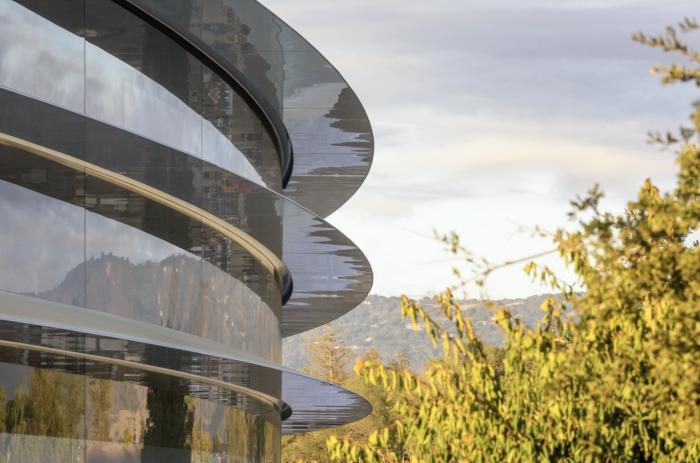 Apple’s R&D spending patterns suggest it’s on the road to something significant, though it’s possible the company is simply suffering the impact of having grown as big as it is today.

Apple is spending a lot of money on R&D

I was alerted to take a look at Apple’s R&D spending by this post, which points out that:

“Apple spent more money on research and development in the past quarter than it spent in any three month period its entire history.”

I decided to take a look at the data for Apple’s R&D spending since 2006 (the year before the introduction of the iPhone):

As you can see, Apple in 2018 spent a huge chunk of cash on R&D – around 23.9 percent of its net income – the company has been steadily pushing up its R&D spend for years. 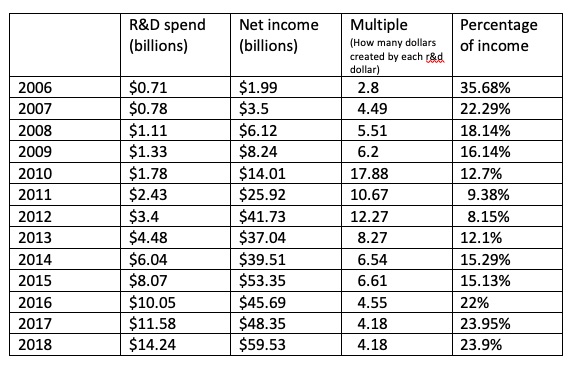 Apple is on track to match 2018 spending this year..

What’s it investing in?

Now, we know some of this spending will be on acquisitions, some on new processors, processes and some on attempts to automate and migrate its supply/manufacturing chain in the face of current political reality.

But not all of it will be this.

And much of the pattern of increased investment has been visible since well before the last election cycle.

We also hear the speculation around new models of all its products, and new product introductions, such as AR glasses, Apple Cars and the health products Tim Cook likes to tease us about which, for some reason, the usual suspects appear to have almost zero insider knowledge of…

Apple won’t be making these investments in new tree designs for its retail stores (though this may be part of it).

Because even the tree pots were designed by Apple

Nor will these billions reflect Augmented Reality investments alone. Though those investments in TV+ content and Arcade games may well be part of this cash splurge. (Interested to find out if so).

In fact, the only time its R&D spend multiple in comparison with net income was higher was way back in 2006 … and we know what happened after that….

I’m not saying Christmas is coming, or anything, but Apple certainly seems to have spent enough cash in R&D to buy some of the wrapping paper.

(Though Perhaps I’m Just Reading Too Much Into Things).