Apple’s Brand Appeal Among Women is Awesome, But it’s Still a Man’s World! 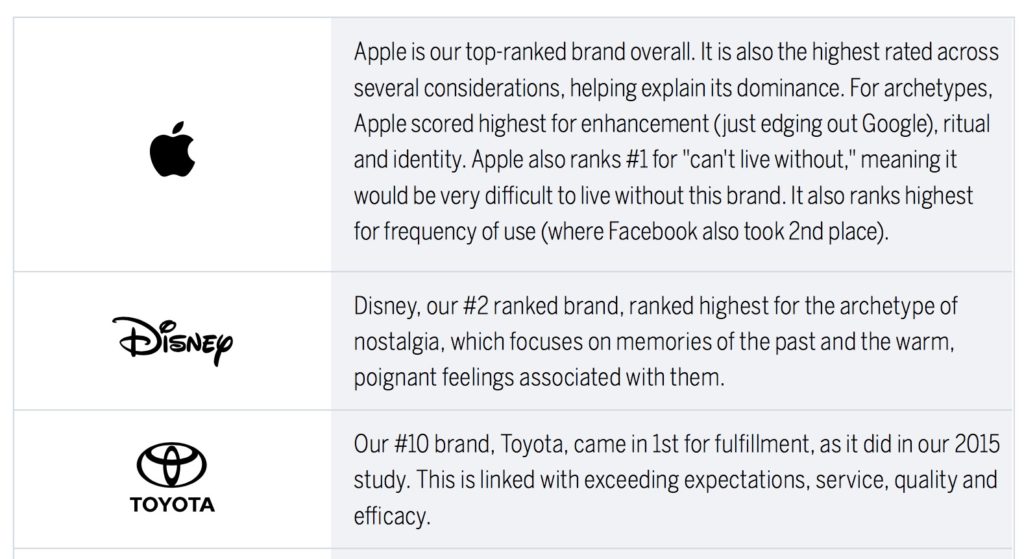 Several millennia since our race climbed out of the trees (version one), or got created by some divine being(s) (version two), it seems quite tragic that gender imbalance remains a problem. We can destroy all life on the planet. We can send rockets to the Moon. Yet we still can’t accept female equality. For shame!

Brands Do Better With Love

The latest Brand Intimacy 2017 Report from MBLM, the Brand Intimacy Agency shows that most of the big brands are still better at creating intimate relations with men than they are with women. (Though Apple bucks this trend).

Based on data from 6,000 people in the U.S., Mexico and UAE, the report is the largest study of brands based on emotions. What’s interesting here is that – despite the continued scarcity of women in the AAPL boardroom (hello, Ahrendts! Is it lonely in there?) – Apple has managed to build a brand that appeals to men and to women, too.

“Apple is our top-ranked brand overall. It is also the highest rated across several considerations, helping explain its dominance. For archetypes, Apple scored highest for enhancement (just edging out Google), ritual and identity Apple also ranks #1 for “can’t live without,” meaning it would be very difficult to live without this brand. It also ranks highest for frequency of use (where Facebook also took 2nd place),” says the latest Brand Intimacy 2017 Report from MBLM.

Brand intimacy? I can hear reactionaries laughing at the term already, but brand intimacy is that magical ingredient that makes a difference between hustling for sales among a bunch of value conscious cynics, or building strong relationships with your customers that can get you through the tough times. MBLM helpfully observes that the top-ranked intimate brands have outperformed both the S&P AND the Fortune 500 when it comes to metrics that matter, such as revenue and profit across the last decade.

Inequality is subtle. It’s the kind of systemic attitude dysfunction that means we have a US president who takes pride in his “star” quality, and hasn’t (yet) been punished for it at the polls. It’s the same systemic unfairness that means women get paid less for the same work that men do. It’s the thing that makes some “blokes” imagine it’s cool to leave the woman doing all the domestic work (as well as holding down their own job) while the men of the house spend their time sat on the sofa watching sports.

The thing is, this doesn’t even reflect how the world really works. It’s just a sexist cushion of denied collective responsibility used by men who just still can’t get over their fear of their own mothers.

Women are responsible for 70-80 percent of purchasing decisions.

“From our study, it’s clear that brands have work to do when it comes to women and Brand Intimacy,” said Rina Plapler, partner at MBLM.

“Brands need to focus on building meaningful relationships with their customers, not focus on targeting them by gender. Relying on traditional gender stereotypes can be limiting, instead utilizing archetypes and creating relationships with consumers can be effective in appealing to both women and men.”

The remaining brands in the top 10 most intimate for women are:

There are a bunch of findings in this survey that suggest that (despite the boardroom deficit), Apple has been headed in the right direction when it comes to building appeal across genders……

(The next bit is a direct quote from the PR, but it says what needs to be said):

Amazon is a top five brand for every income group

Apple says it wants to develop and promote more women to senior roles.

Get on with it, then.