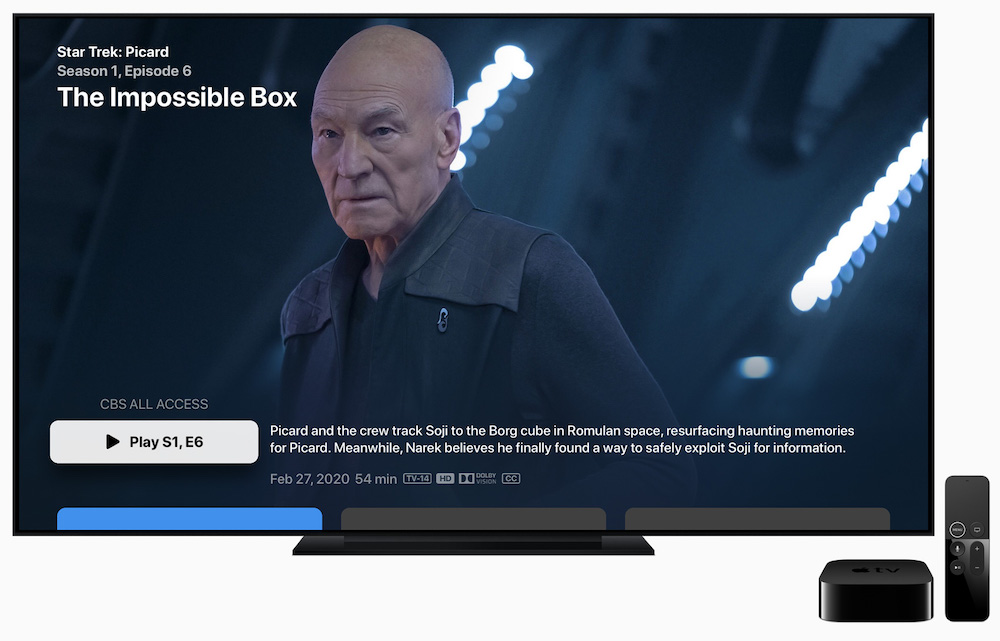 A great deal for streaming addicts

Is this the shape of deals to come? Apple TV+ subscribers in the U.S. are being offered what seems to be an attractive streaming deal, access to both CBS All Access and SHOWTIME for half price — $9.99/month (with a free month’s trial).

Is this the shape of deals to come?

The idea Apple has is that Apple TV+ subscribers who subscribe using the Apple TV Channels option will get access to all three services online and offline, with no ads on the Apple TV app.

Through Family Sharing, up to six family members can share the subscriptions to Apple TV+, CBS All Access, and SHOWTIME using just their personal Apple ID and password.

It is also rather interesting that this news emerges following a flurry of revelations from inside the Apple TV content team, who clearly seem to be cooking something up with a series of big name signings and TV/movie buys.

What is Apple saying?

“This bundle is a big bonus for Apple TV+ subscribers, giving them the best of CBS and Showtime on the Apple TV app at a great value.”

What may be more interesting is what he said at the start of that statement:

“Apple TV+ gives you access to award-winning Apple Originals, with more high quality series and movies being added each month.”

That statement seems to confirm Apple’s commitment to delivering great content monthly, though it’s a shame there’s nothing here (yet?) for Apple’s huge base of international TV Plus users.

CBS All Access includes ad-free, on-demand television series, movies, and children’s programming, including exclusive original series like “Star Trek: Lower Decks,” “The Good Fight,” and “The Twilight Zone”; CBS hits like “Big Brother” and “The Late Show with Stephen Colbert”; plus an expanded library of ViacomCBS series and movies, including seasons of “SpongeBob SquarePants,” “Chappelle’s Show,” “The Legend of Korra,” and other favorites from BET, Comedy Central, MTV, Nickelodeon, and Paramount Pictures. CBS All Access also includes the live feed of a subscriber’s local CBS station, including major sporting events like “NFL on CBS” and more.

What do you get on SHOWTIME?

“SHOWTIME features popular original series such as “Billions,” “The Chi,” “Black Monday,” “Homeland,” “Shameless,” “We Hunt Together,” and “Desus and Mero,” as well as “SHOWTIME Championship Boxing” and movies and documentaries like “Hustlers,” “Waves,” “Outcry,” and “The Go Go’s.”

What did Apple’s partners say?

“CBS All Access has recently expanded to now have 20,000+ episodes and movies for fans to enjoy, plus a great slate of new content from exclusive original series, like ‘Star Trek: Discovery’ and ‘The Stand,’ to new programming from CBS like ‘Big Brother,’ ‘Love Island,’ and more.”

“Showtime is pleased to be part of a package with CBS All Access offering our broad array of truly addictive series, sports, and documentaries to Apple TV+ subscribers,” said David Nevins, CBS’s chief creative officer and Showtime Networks Inc.’s chairman and CEO.

“It’s great to be able to reach so many viewers with an offer that delivers our premium content through the Apple TV app.”

It will be interesting to see if and how Apple plans to extend these kinds of arrangements. After all, while its Channels include brilliant services such as BFIPlayer and MUBI in the UK they don’t quite yet have the reach outside of the U.S.

What is interesting is that Apple has managed to piggy-back its TV+ service onto devices from competing hardware makers, including streaming sticks and TVs.

In light of the recent Epic v Google spat, one can’t help but wonder if it has reached a revenue-sharing agreement for this? And if so, how much?