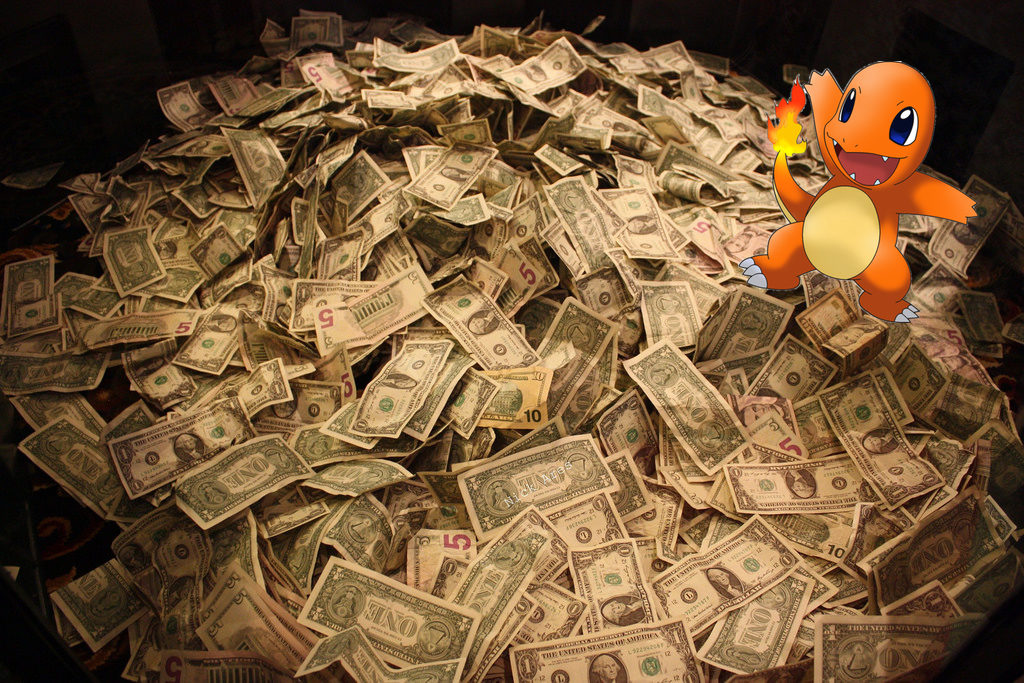 Not that it means anything much to the majority of humans scrabbling desperately to survive while despotic politicians of all stripes abuse social media, but at least one expert analyst expects Apple to hit $1 trillion– and it’s going to happen this month.

Gorilla in the room

Gorilla Trades strategist Ken Berman (founder of the company) expects Apple to outperform estimates with its financial report next week, and says he thinks shares will climb 4 percent on strength of this news – pushing them past the elusive trillion-dollar mark.

His opinion is that Apple shares, currently trading at 16.5x forward earnings are just “too modest” to reflect company fundamentals. “Although the stock has risen 28% in the past 12 months, there is much more upside.”

In a statement he says:

“I predict an all-around beat, possibly by as much as $1 billion in sales (over $53 billion) and up to seven cents ($2.26) on per-share earnings driven by a heavier mix of higher-priced iPhones, momentum in iPads and strength in services.  Apple will be the first company in history to reach this milestone, but others will quickly follow, notably Amazon, then Alphabet, which I forecast will arrive before Microsoft.”

His main arguments in favour of this include:

“I expect the shift to higher-ticket devices to continue in fiscal Q3. Supporting my expectations are the number of units activated in the quarter. The popularity of the iPhone X, 8 and 8 Plus has clearly improved compared to the 7 series and older. With an expected increase in ASP, smartphones should be the key driver behind revenues and gross margins.”

Apple will once again deliver solid results, despite the total industry decline in units shipped that reached the double-digits last quarter. My optimism is grounded not only on what seems to be greater acceptance of Apple’s tablets in the market, but also on the introduction of the lower-end iPad announced at the end of 2Q. I believe the $299 model will help Apple tap into an under-penetrated niche, despite the potential reduction in ASP that the new unit might end up producing.

The service business will continue to move higher as it has in the past few quarters. Per my estimates, Apple is slightly ahead of schedule on its goal to double service revenues by 2020. Monetization of Apple’s growing installed base will likely result in the App Store and other services becoming the MOST meaningful generators of income in the not-too-distant future.

#4: Low expectations going into the quarter

As far as earnings numbers are concerned, fiscal 3Q is traditionally the least eventful of Apple’s quarters: the end of the period is four or five months away from the peak of the shopping season and several weeks ahead of the annual iPhone portfolio refresh. Furthermore, with the bursting of the “super cycle bubble,” analysts and investors maintain low expectations going into the quarter, which may, in part, explain why consensus revenue sits just below the mid-point of management’s outlook range.

Looking ahead, the analyst points to Netflix’ warning to shareholders in which it recognized Apple’s ambition at entering the streaming space and increasing the stickiness of its ecosystem. He argues that as Apple pivots away from being a pure-play hardware company towards an asset-light, service-based company, its core products, iPhone and iPad, “will leverage off its service business to create an even sticker ecosystem than we can presently conceive.” The beauty of this play is that it is presently not accounted for in Apple’s share price.

He also observes the huge difference between investment pricing on Netflix and that of Apple.

Apple also has a $100 billion share repurchase plan in place, so has plenty of capital.