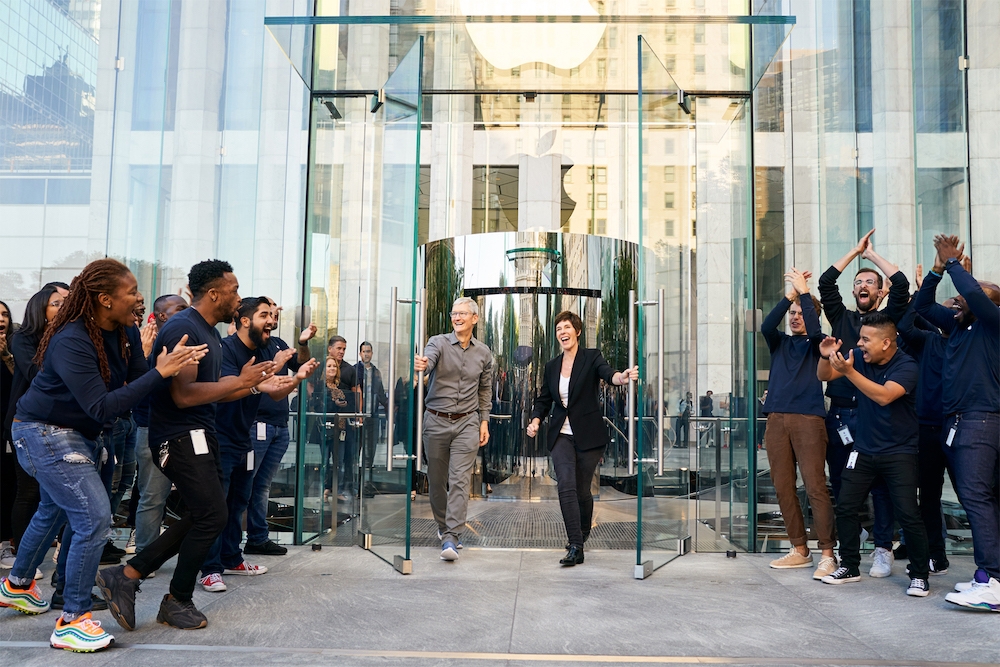 The latest American Consumer Satisfaction Index(ACSI) is in and it once again confirms that Apple is still the best PC and iPad supplier in the U.S. with an 83 score.

Steady as she goes

Apple’s score is identical to last year’s results and comes during a year in which PC market satisfaction has remained steady.

It is interesting that satisfaction levels around tablets has declined by three points in the last year – might this reflect that outside of Apple, most tablets deliver poor user experiences?

“Now more than ever, computer manufacturers must demonstrate their value and necessity to overcome pricing concerns. That means focusing more on design and ease of operation, and creating more accessories,” said David VanAmburg, Managing Director at the ACSI.

Apple, of course, has been focusing on all these things since the nineties — iMac, AirPort, iBook, iPod and all its other design-winning products focus on ease-of-use and platform attachments.

It must be nice to be proved so right.

There’s some interesting comparative data buried in the report itself: 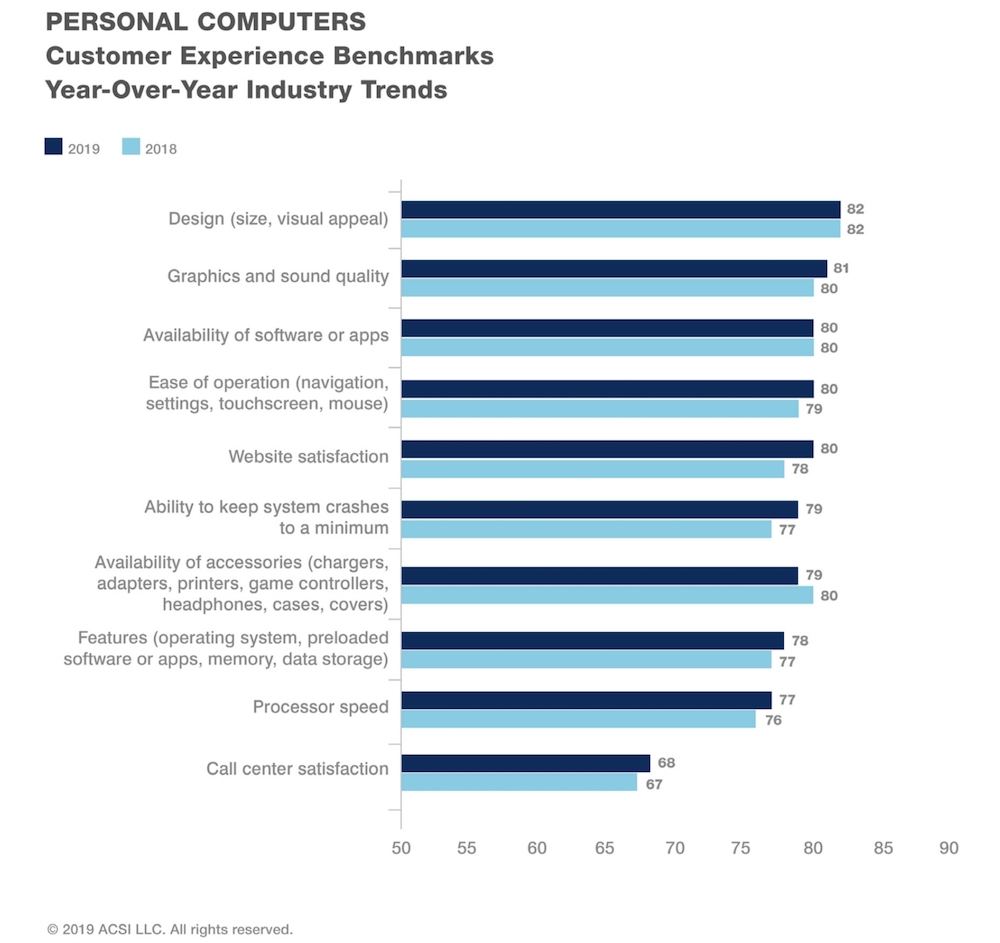 The software industry seems to be ailing, however. ACSI data showed satisfaction with software or dekstops and laptops has fallen, particularly for Microsoft:

“Microsoft suffers the largest decrease, slipping 3% to 77 and dropping out of a tie with smaller software makers. According to ACSI data, customer perceptions of quality have deteriorated significantly for Microsoft over the past year, as the manufacturer has encountered a host of customer issues with its Windows 10 updates,” ACSI said.

The smaller software companies—including Adobe, Norton, Quicken, and TurboTax—also weaken, inching back 1% to a combined score of 78.

The ACSI Household Appliance and Electronics Report 2018-2019 on personal computers, computer software, major household appliances, and televisions and DVD/Blu-ray players is based on interviews with 12,594 customers, chosen at random and contacted via email between September 10, 2018, and August 29, 2019.