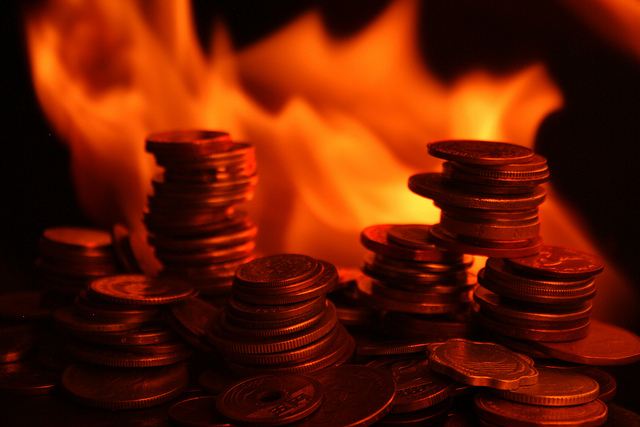 In the world of mobile money, Apple Pay is a minnow. The big deals in the mobile payments room are SMS, WAP, and MMS. There are a few others, but those widely-deployed, early-stage mobile currencies account for billions and billions and billions of dollars of mobile cash transactions each year. You can prove this claim here.

There are twice as many humans with a mobile phone as there are humans living in a household with running water. Worldwide, more people have a mobile phone than have access to electricity. A very small number of these are iPhones, slightly more are Android devices, most are old time feature phones, but most can exchange information with Apple’s mobile devices using older technologies, such as SMS, WAP, and more.

You may scoff and say that most of these people are in developing markets so they don’t matter. You’d be wrong – not only is the hint in the name “developing”, but these markets are also precisely the ones most ready to expand, given access to the right kinds of mobile technology. And we know Apple wants to build its business there.

People in developing markets are people. They are not dumb statistics, blind dots, m meaningless ciphers of abandoned humanity: They have hopes, dreams, aspirations; they have love, sex, and intelligence. They are real, they are conscious, and they have just as much of a right to improve their situation as you do to buy processed cheese at your local evil supermarket chain (perhaps more of a right).

Enabling the people in the developing markets matters. It’s incredibly important. After all, surely the more economically productive every person on the world becomes, the more money we’ll all have to spread around? Maybe/Maybe not.

Apple is actively working to get its products into these markets. The company wants to make a difference here, and I have a way it may like to use mobile technology and Apple Pay in this effort.

Loyalty (Love is the Answer)

I knew Apple was looking at advanced mobile phones and their capabilities years ago when I spoke with the company’s then QuickTime chief, Frank Casanova. He’d just got back from Japan and was thrilled at how advanced the mobile economy had already become there. This was at a time when most U.S. cellphone users were still figuring out how to use SMS. Japan already had mobile payments at that point. The APAC region is a global powerhouse for these changes.

A fascinating and fact-filled post from mobile industry expert, Tomi Ahonen today, tells us a story about a service called Coke Play. Coke Play is a loyalty scheme that adds a bunch of gamification features – there are lots of schemes like this, they reward brand loyalty with points, and give you games to help you build more points.

Usually that’s where it ends, but Coke Play takes it a step further than that: it also integrates with other payment platforms.

It means that by purchasing the products, looking at the Coke Play ads, or playing the Coke Play games, you earn Coke Play points – and you can use those points to buy things in the real world. That’s because by integrating with other mobile payment platforms, you can accumulate Coke Play points which you can then exchange of digital products like songs and movies; or network products like mobile airtime. It isn’t too hard to imagine being able to use these points to purchase products from online stores, and once you get to that kind of transition from virtual to real world value, perhaps one day you’ll be able to use branded points like Coke Play points to solve real world challenges, such as paying your rent. (Though I think perhaps if rent is your problem you should cut down you coke intake).

Apple Pay needs to be able to integrate with existing mobile payment services to weave itself into the existing and quite well developed payments ecosystem that exists in the developing economies. It doesn’t need to dominate the segment to succeed, it just needs to be a good citizen in the digital payments space. We know the kind of people who use its devices will likely be a little wealthier than the person on an old Nokia paying for products using SMS, but that doesn’t mean they won’t want to talk to each other. They may even want to send each other cash using digital payments.

However, what if Apple Pay also became a loyalty scheme, rewarding us for what we did in Apple and partner ecosystems? What if an Apple user gained points for purchasing iTunes products, making payments, new Mac purchases, even visiting an Apple Retail Store? These points could easily be exchanged for anything Apple provides – digital, physical and third party products, services and accessories. We know Apple customers are already heavily invested in the company – so why not let them earn loyalty points?

Points For The People

The next step – the step that could radically transform the company’s position in emerging markets – would be to enable points accrued in the scheme to be used to make purchases in other mobile services (like Coke Play), or to turn them into small amounts of cash. I understand that the financial value of these points for people in the developed markets would be trivial – I think most in the U.S. or U.K. would take their rewards in the form of free movies – but in the developing economies a dollar goes a long way, and the ability for the aspirational, slightly better off iPhone consumer in a developing nation to be able to turn those points into real world products and services for their wider family circle, and send them to those people via SMS, would weave Apple tightly into the existing infrastructure. Crafting a bridge of loyalty built on the existing tight but geographically distributed relationships you find outside the polarized developed economies.

A License to Print Money

Who knows, working with existing operators in these nations, Apple Pay could potentially become a virtual banking system, enabling small loans and other services to customers in the nations in which it is trying to build its business.  I think that is a much better use of the c.$200 billion Apple currently has offshore than repatriation and a shareholder dividend.

Apple has a chance to take the cash it has on hand and create its own unique branded currency worth much, much more than its current money pile. Mobile relationships are worth way more than the fake gold standard promises you find on so-called ‘real world’ currencies. And I think Apple has a potential to do something interesting with Apple Pay here – but it needs to work well with others to realise it.

Go read this blog now for statistics that will amaze you, such as there are more people with a mobile phone alive today than there are people who own a toothbrush.