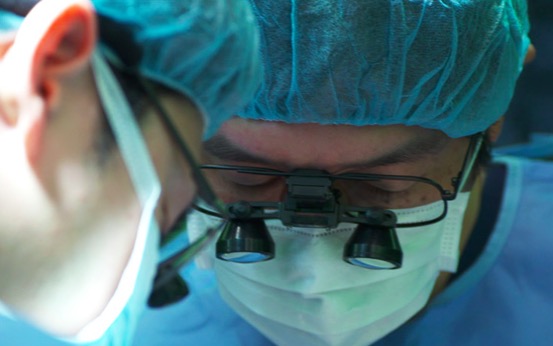 In future expect digital healthcare at every part of the sector

Apple just hired a digital doctor to help it develop remote health monitoring technologies in support of its vision for digital healthcare. As first noted by Patently Apple and quietly announced last week, St. Michael’s Dr. Mike Evans has joined the company in an unspecified role.

The doctor that’s always in

Evans is the creator of the worldwide YouTube sensation “23½Hours,” which has been viewed by over four million people, drastically outpacing any other health-based messaging in history. He has numerous other achievements to his name, and is a leading practitioner in his sector.

Neither he nor Apple have said a great deal about what his role will be, but it seems crystal clear it will relate to delivering cutting edge connected health technologies, with a focus on sensors, remote patient monitoring and health outcomes — perfectly on trend with what’s happening now in digital health. (In future think about the impact of VR on healthcare).

You see, health leaders worldwide are beginning to look to the next frontier of digital health. Where the first frontier was and is in encouraging healthy habits (standing, swimming, breathing, activity and so on) the second frontier is in terms of remote patient monitoring, diagnosis and maintaining treatment regimes.

This is so much more important than hiring a “YouTube” doctor. This is Apple positioning itself in the future digital health provision infrastructure at a very fundamental level.

One key sector is patient engagement, and this is one of many areas in which Evans, who has built a highly effective YouTube digital health channel that reaches tens of thousands of users, is highly experienced.

“Evans said Apple became interested in his videos that feature his voice and a cartoon doctor explaining common medical problems with the help of a whiteboard. As Evans speaks in the video, a hand draws relevant cartoons. He calls it peer-to-peer health care,” Patently Apple informs.

Here’s a lecture he gave concerning patient engagement in 2015.

“Dr. Mike” isn’t allowed to say much about his new role, other than that he will be working on health-care innovation worldwide.

“But he gives the hypothetical example of a patient with high blood pressure who he might see about four times a year to check his or her blood pressure in the clinic. About a quarter of the time the blood pressure reading is wrong, either because the doctor’s measurement was off or the patient was nervous or had just consumed a large caffeine-fueled latte.

“In the future, Dr. Evans said, he might prescribe an app that would monitor the patient’s blood pressure remotely with a watch or some other wearable. If the blood pressure improved over time, an alert might go the clinic’s pharmacist who could reduce the patient’s medication. People could compare how they are doing with other people anonymously, or even compare themselves with people they know.

“Or, since one-half of people stop taking their blood pressure medicine because it is a “silent” illness, their phone, through a Bluetooth monitor on the pill bottle cap, could remind them that that they hadn’t taken their medication that day.

“The phone and watch could nudge the patient toward a low salt “DASH” diet or to be more active. Finally, one of Dr. Mike’s famous whiteboards would launch from the app that would give them a 101 on high blood pressure.

““We see people a few days a year, the phone and the watch see them every day,” he said. “There is so much opportunity here in data visualization, feedback, education, messaging and nudging positive behaviours.””

An Apple a day will keep you well

This reflects the huge investments Apple is making in research in the digital health sphere. Not only has the company created ResearchKit, new sensors and the Apple Watch, but it has lent a great deal of effort to supporting technologies – even development of the new Swimming Activity Viewer for Watch Series 2 reflects this, as it is based on just over a million hours of logged swimming research.

These commitments make it crystal clear that Apple hopes to weave its solutions firmly inside the provision and development of future digital healthcare. (Only last month it purchased digital health startup, Glimpse.)

What I’m trying to say is that with the company’s major investments in the sector, and its decisions to hire major players from within it, Apple is seeking not just to provide tools with which to monitor your health, but to develop tools and scientifically proven systems designed to transform health care, diagnosis and provision, too. And all while keeping your details private, because your health is not an ads sales tool.

Apple’s moves are go0ing to  have a huge impact on future health provision on a global scale. It’s going to be interesting.