Apple is building an Apple (wildlife) park in Austin 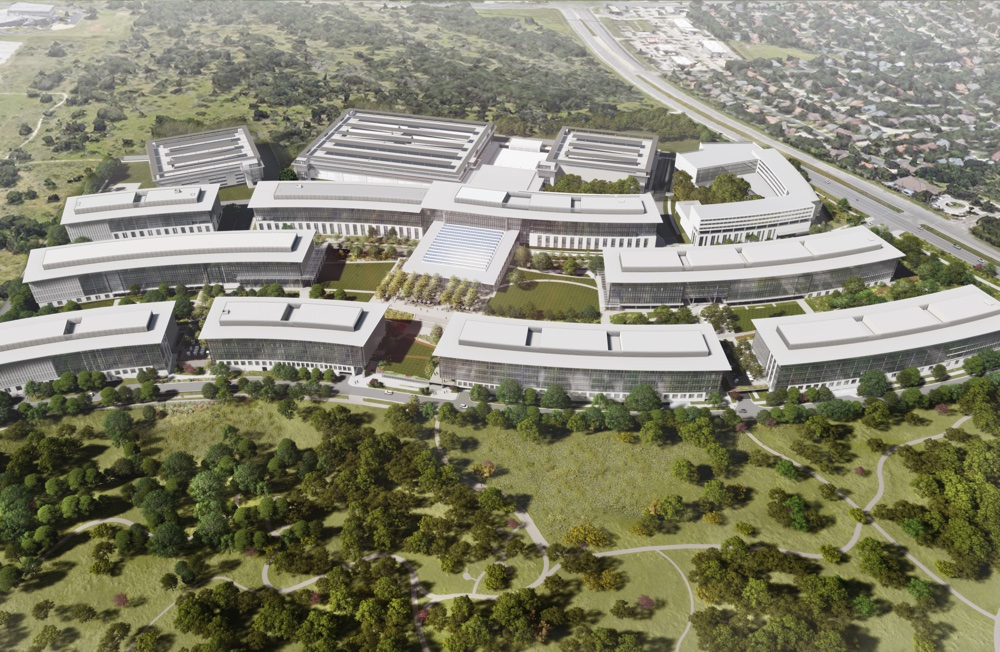 Apple is building a nature and wildlife preserve in Austin as it plans a new campus in there and begins Mac Pro manufacturing in the high-tech city, the company confirms.

Mac Pro on the production line

Apple’s shipping soon Mac Pro’s travel at least 1,000 feet before they leave the assembly line and pack 15,000 times as much computing power as the original Mac, the company claims.

The company says Mac Pro manufacture is generating 500 jobs, and the company has invested over $200 million into the factory.

“Each Mac Pro travels a distance of 1,000 feet along the production line, with some components requiring precision placement within the width of a human hair,” an Apple press release says. 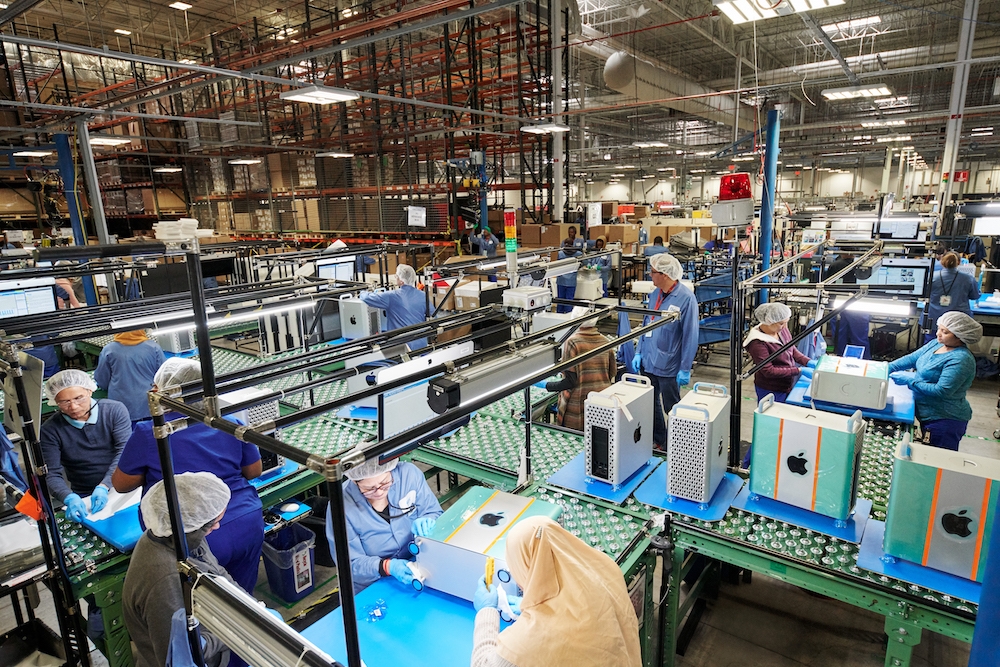 Apple cares about its country

The company insists that the computer is very much a U.S.-made system. Apple uses 9,000 suppliers across all 50 states, and Mac Pro contains hundreds of components from companies in 19 states, the company said.

It even published a helpful map showing where in the U.S. its suppliers are situated.

The construction of our new Austin campus is underway and the assembly line for Mac Pro is up and running! Building Apple’s most powerful Mac ever in Austin is a testament to the enduring power of American ingenuity, and we’re proud it’s made here. https://t.co/je6IIVnPg8

Apple is on track to reach its 2018 commitment of contributing $350 billion to the US economy by 2023, and will spend $30 billion in capital expenditures during that same period.

The company supports 2.4 million jobs across the US, including 450,000 manufacturing and operations jobs and 90,000 direct employees in all 50 states. 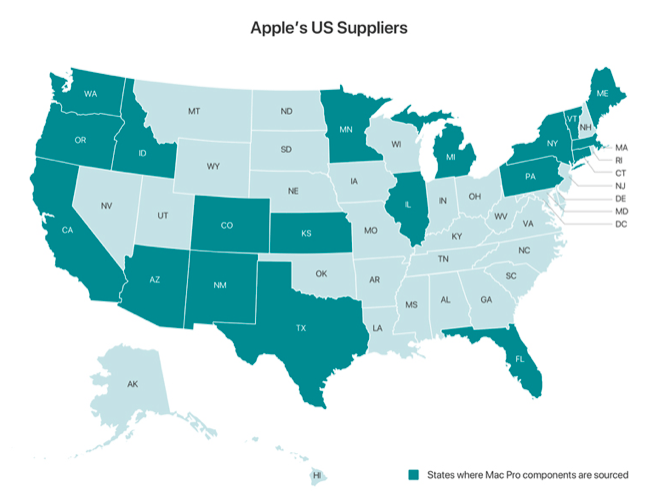 Apple’s component suppliers are distributed across the U.S.

The company has invested over $1 billion from its $5 billion Advanced Manufacturing Fund into American companies to foster innovation and growth in the US manufacturing sector, including: 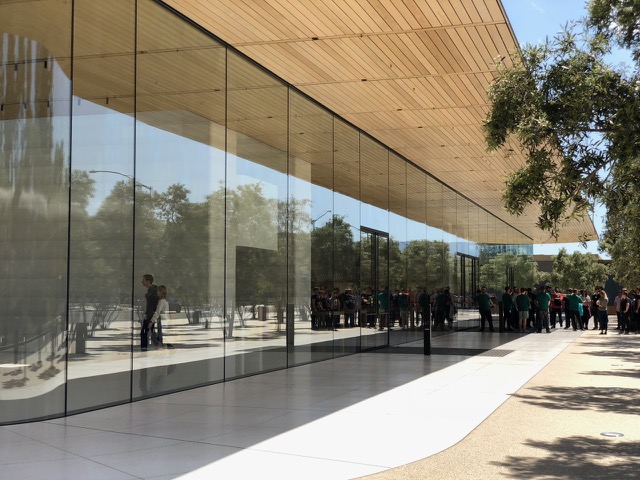 Apple has broken ground on its new $1 billion, 3-million-square-foot campus.

Austin is somewhat of a hub for mobile innovation. Data from the Austin Chamber of Commerce reveals that high-tech firms account for 14.4% of all firms in 2018, up from 13.5% five years ago and 13.0% ten years ago. The industry accounted for 15.8% of all Austin area jobs in 2018.

Apple is now expanding in the area and promises to eventually house up to 15,000 employees at its new campus, with 5,000 set to take position in 2022, once construction is complete. It currently has 7,000 employees in Austin, which means the company accounts for a large chunk of those employed in the sector there.

Apple is working to make its new campus green the press release claims.

Thousands of trees spanning over 20 varieties native to Texas are planned for the campus — significantly more than were on the site before construction started.

Additionally, the site will be designed to maximize green space, with landscaping covering over 60 percent of the campus, including a 50-acre nature and wildlife preserve that will be open to the public.

The campus will run on 100 percent renewable energy, including from solar power generated on site.

In addition, Austin Community College was one of the first community colleges in the country to offer App Development with Swift to train its students to design and develop apps.