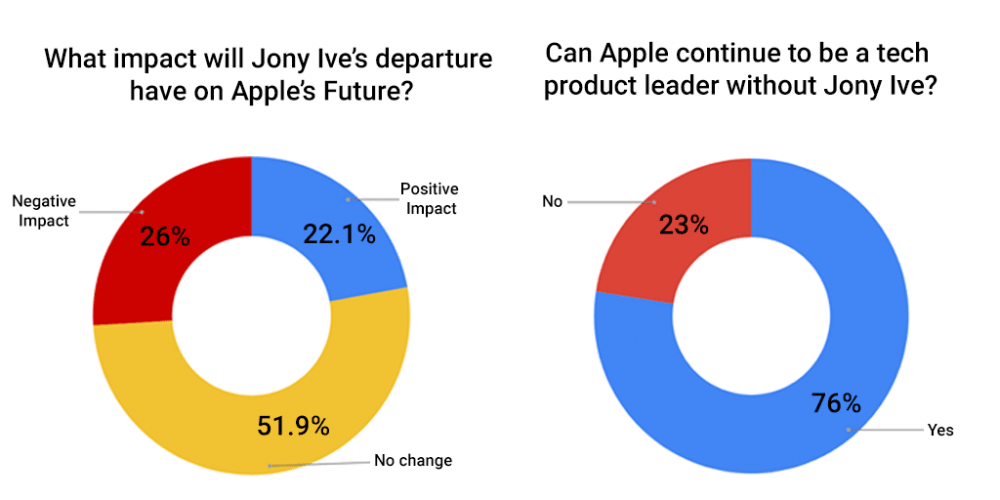 Anonymous social network for tech industry pros, Blind, has published new data that it claims shows some concerns at the departure of Jony Ive from Apple.

There is some concern

Blind wanted to ask verified Apple employees what they really think about Ive’s departure and how it will impact the company.

The survey found that: 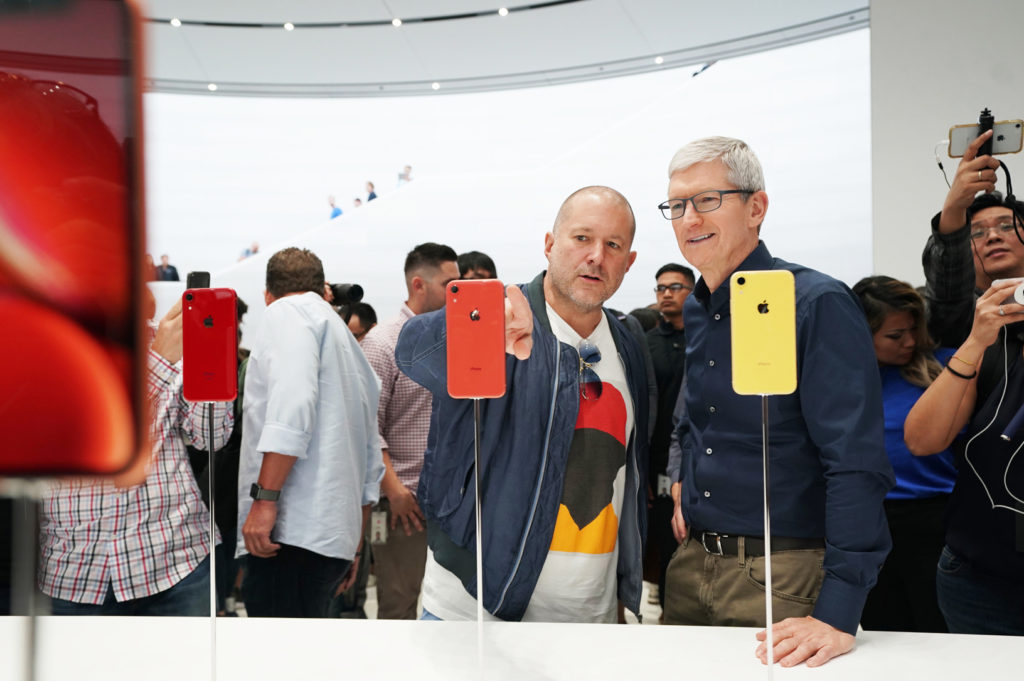 So, this was Jeff’s suggestion…

How the data was made

Blind is an anonymous social networking app for working professionals. Its users include over 56,000 employees from Microsoft, 41,000 from Amazon, 18,000 from Google and just 11,000 from Apple.

It is important to note that at best only a few dozen Apple employees responded to this poll – just 104 people answered the first question, and as few as 62 answered question 3 – so the sample size is small, which means these results quite possibly do not reflect the opinions of the 100,000+ people who work at Apple.

It is also important to note that the people who are using the Blind app are not necessarily a representative cross section of Apple employees.

I find it hard to take such a limited survey too seriously, but did feel it to be an interesting insight into how at least some at Apple see this change.

From my own perspective, I believe that the majority of current and former Apple employees remain extraordinarily loyal to the company. I also think that Ive – who, we’re told, may have planned his exit for the last few years – will have put systems in place that will grow to fill the space he leaves behind.

While the execution and management may change, I believe Apple remains on a mission to design change machines – and with this as its desiderata, I think the company will navigate this particular change.

It is also worth noting that while the loss of its CDO is a problem for Apple, it may well turn out to be a bigger problem for its competitors, who are now far less able to predict what the company does next – a particular problem for firms who try to guess Apple’s next move in order to attempt to bring something like it to market first.

Apple just rolled the dice, and most of its people seem to be choosing to stay in the game.