Angela Ahrendts quits Apple and no one knows why 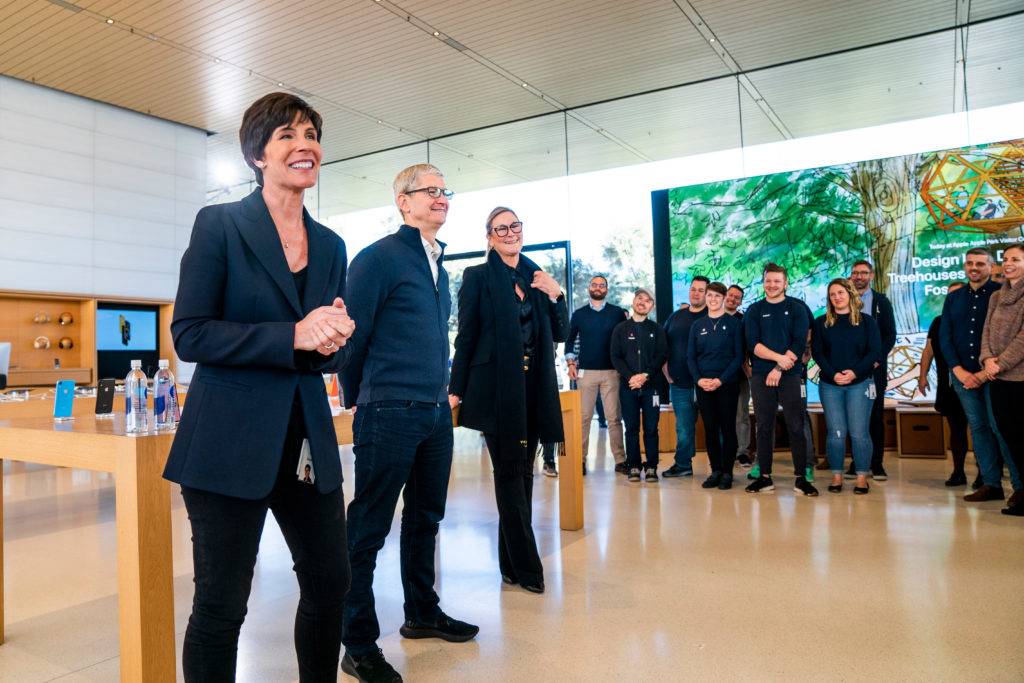 Just one week ago Apple’s VP Retail, Angela Ahrendts waxed lyrical about her plans and vision for the company’s retail arm, only to announce a shock departure – and no one seems to know why.

Ahrendts has presided over some major changes in Apple Retail: New store designs, the expansion of the Today @ Apple scheme and millions of dollars spent on refitting the company’s chain of shops. (Except these places aren’t ‘shops’ exactly, but community hubs – you don’t even need to buy products in them, as you can get them online.)

A bittersweet set of announcements today. Angela, we thank you for all you’ve done to inspire and energize our teams. Deirdre, we can think of no one better to lead our stores and all of Apple’s people in their mission to change lives for the better. pic.twitter.com/PekF8rU9Qe

What’s interesting is that no one quite knows what drove the move.

Are Apple executives involved in some backroom political power game, and she’s come off worse in one of these conflicts? Was she pushed, or did Apple’s most highly paid executive come across a better offer?

Apple typically does very well in terms of executive retention, and the tone of Ahrendt’s recent interview gave no real hint of any plans to quit.  She’s also been hotly tipped as a potential replacement for Cook as CEO.

Ahrendts, who has said she misses the fashion industry, recently become a non-executive director at Ralph Lauren. The fashion retailer is going great guns to boost its appeal to new generations of consumer, and much of its new philosophy seems to chime with that of Ahrendt’s.

I see no signs that Patrice Louvet, who acts as both president and CEO reporting to Ralph Lauren, has any intention to leave. Indeed, recent results suggest he’s doing a very good job in the role, but it’s not impossible I guess. I do see that retailer J. Crew is hunting for a new boss, but I’m not sure that would interest Apple’s outgoing retail chief.

I’m not prepared to speculate any further on the reasons for Ahrendt’s departure, though Apple has lost little time in updating O’Brien’s profile on its senior leadership page.

“I want to thank Angela for inspiring and energizing our teams over the past five years,” said CEO Tim Cook. “She has been a positive, transformative force, both for Apple’s stores and the communities they serve. We all wish her the very best as she begins a new chapter.”

“The last five years have been the most stimulating, challenging and fulfilling of my career. Through the teams’ collective efforts, Retail has never been stronger or better positioned to make an even greater contribution for Apple,” said Angela Ahrendts, senior vice president of Retail in the Apple press release.

“I feel there is no better time to pass the baton to Deirdre, one of Apple’s strongest executives. I look forward to watching how this amazing team, under her leadership, will continue to change the world one person and one community at a time.”

“People come to Apple to do the best work of their lives, and our retail teams show their passion every day, in every interaction, all around the world,” said Deirdre O’Brien, senior vice president of Retail + People.

“It is the opportunity of a lifetime to work with, and learn from, such a talented, diverse and imaginative team. I am looking forward to this journey, and to continuing the important work of the People team in supporting all of Apple’s amazing employees.”

“I feel there is no better time to pass the baton to Deirdre, one of Apple’s strongest executives. I look forward to watching how this amazing team, under her leadership, will continue to change the world one person and one community at a time,” said Ahrendts.

I’ve a feeling we’ll find out a little more on this story in the next few weeks.