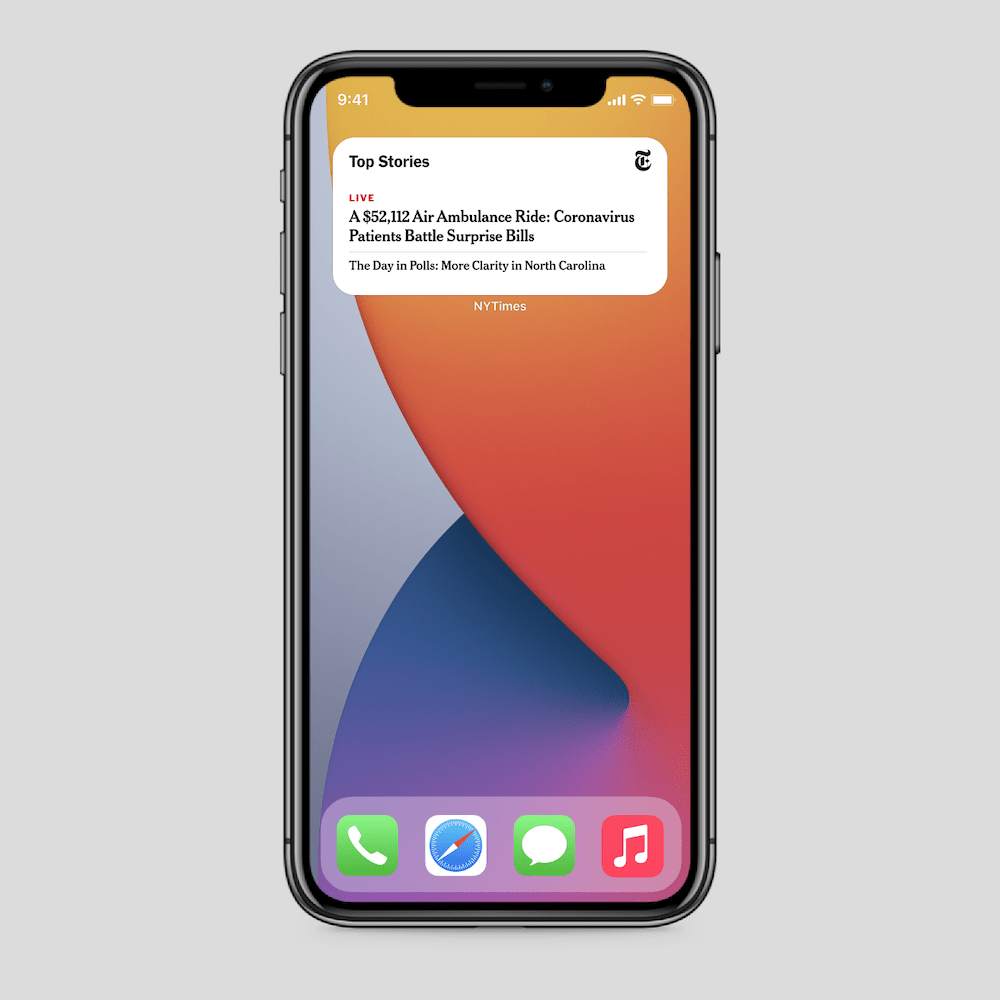 OK, this may be of interest. After quitting Apple News in July, the New York Times today introduced a brand new iOS 14 widget that brings the latest headlines direct to reader’s iPhones and iPads.

This is what the New York Times said in a press release received by me:

“The New York Times today introduced a new way for readers to keep up with the news and stay informed, with a widget for Apple’s iOS 14 that will feature the latest news headlines.

“This new widget will allow readers to quickly catch up on the most important news of the moment. Readers who install the widget to the home screen of an iPhone or iPad running iOS 14 or later will see two headlines that will refresh as new content is published.

“The project was started by a group of Times iOS engineers who were eager to explore the new features announced with iOS 14.”

The New York Times widget puts two (or one, if you use a larger type size) headlines from the paper’s reporting, and these are updated every 15-minutes as new content is published.

Built using SwiftUI and WidgetKit, the project was started by a group of Times iOS engineers who wanted to explore the new features announced with iOS 14.

What are the limitations?

The biggest limitation is that you do need to have the New York Times app installed on your iPhone, which currently offers a free trial but otherwise requires a monthly subscription.

What is the potential?

This may become a popular model for subscription-based magazine content, as it enables publishers to set the price and gives them the latitude some need in terms of content delivery.