Affinity Photo on iPad just got even better 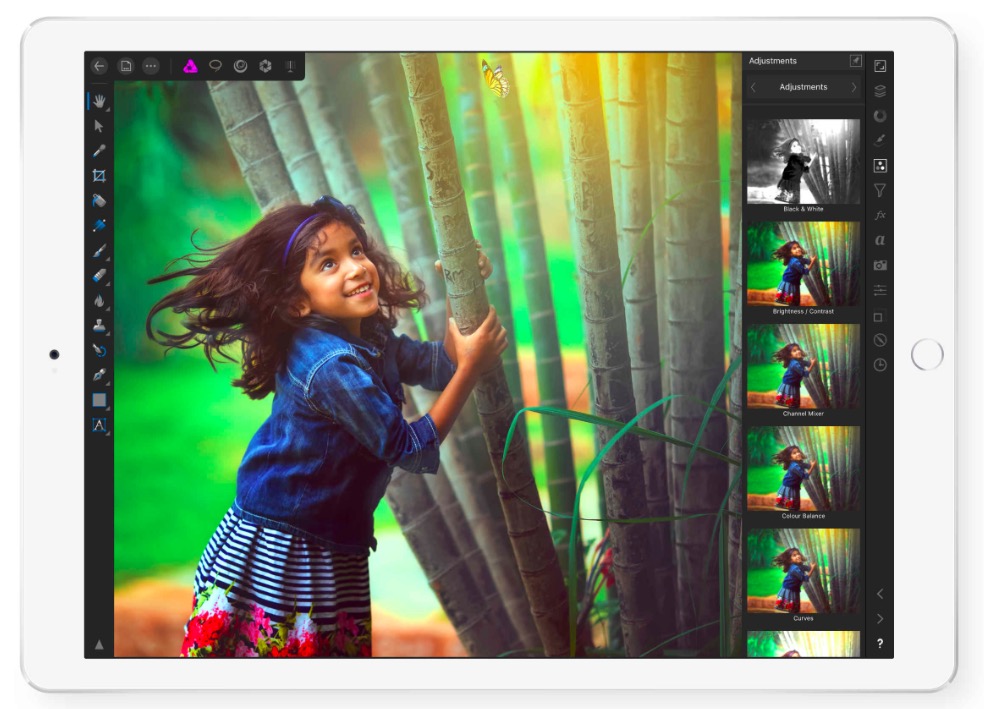 One of the best image editing apps for iOS, Affinity Photo was today optimized for iOS 11 and the iPad, making it “much closer to what it is on a desktop,” according to the developer.

In a press release, the company’s Ashley Hewson said:

“The ability to select and use files easily is a big deal for professional users, and one area where the experience of using Affinity Photo on iPad lagged behind the desktop version due to the operating system capabilities.

“With iOS 11 it’s now so easy to select multiple images using touch, drag them into Affinity Photo and complete the whole process in a fraction of the time before.

“This new drag-and-drop capability streamlines your workflow and frees up more time for editing, but also puts incredible power at your fingertips for creating amazing work which involves merging or stacking multiple files.”

In other words, the app just gave iPad users yet another reason to leave their desktop computer behind.

The pro photo editing app integrates with iOS 11’s new Files app, which means users can simply drag and drop images. The company says improvements within iOS 11 make working with images on an iPad much more like using a desktop Mac, and the new release allows for the selection of multiple images – essential when developing panoramas, HDR images, and other image manipulation techniques.

There are a range of improvements within the latest edition, including Mail integration and support for different image file formats: If someone emails you a PSD file you can now open and edit that file – with all layers intact – directly on your iPad. It is also possible to save the file as a PSD and drag it straight into an email reply.

“The whole experience of bringing files into and out of the iPad app is now much closer to what it is on a desktop, and of course we’re delighted to be among the first apps to fully take advantage of all this great new functionality.”

Affinity Photo for iPad costs $19.99. Existing customers will gain the improved version as an update.