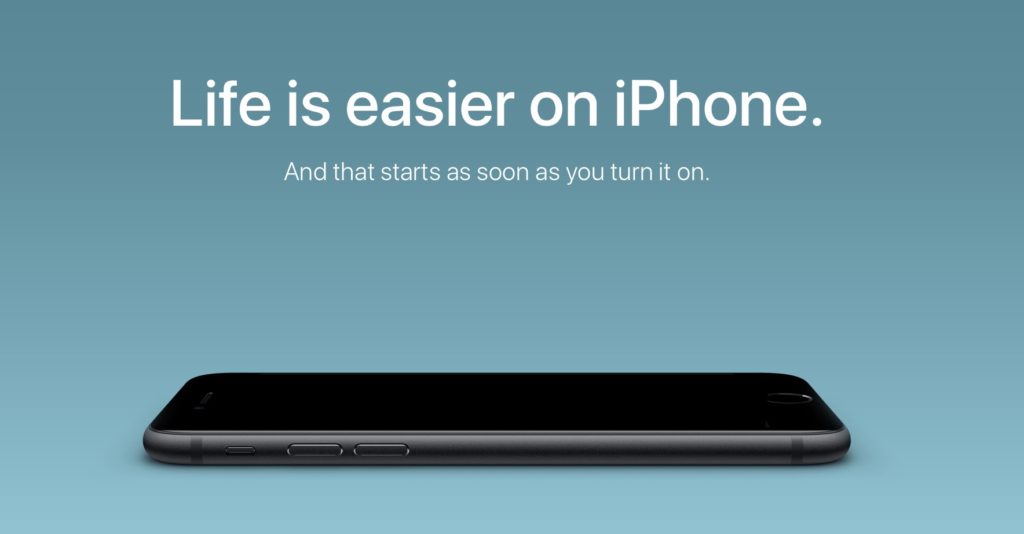 Apple wants to convince even more Android device users to switch to iPhone. With this in mind its new ‘Switch from Android’ website makes a lot of sense.

The website helpfully answers lots of questions Android users may have about moving into the light, including reassuring help to bring their data and services across. Questions you’ll find answers to include:

The website is an excellent example of marketing communications done right – not only does it identify a need, but it uses educated simplicity to help readers navigate that need. It’s just living proof that focused marketing can breed results.

Why is it Justified

Here are five statistics that prove Android users should consider moving to iPhone:

People love their iPhones. A recent Morgan Stanley survey found that 92% of iPhone owners who plan to get a new phone in the next 12 months say they’re “somewhat or extremely likely” to stick with Apple.  Even Samsung only makes 72 percent, while most Android devices are under 50 percent. There’s reasons people are happier on iPhone.

There’s a big disconnect between what people think Android does and what it actually does. That’s because media reports tend to focus on the latest Android iteration, even while the vast majority of Android devices run software over two years old. This fragmentation frustrates user experiences. Apple, meanwhile, boasts that 79 percent of iPhone users are on an iOS that’s under one year old, meaning you get the experience you read about.

Android users endure a constant battle for security. Not only are 350 malicious Android apps identified each hour, but a new example of Android malware is discovered every ten seconds. iOS has nothing like this level of threat, and in the vast majority of cases any new exploits are fixed way before they spread – and Apple’s efficient update system means all devices can be repaired before bad stuff happens. Apple’s devices are also more private by design.

I like Tom’s Guide’s take on Apple’s iPhone support:

“When you have a problem with your Android phone, you can try online forums or calling your carrier. But with the iPhone, you can tap into a vast database of useful help articles on Apple’s website, get help via live chat, or you can schedule an appointment at an Apple Store Genius Bar. Google doesn’t have this kind of direct relationship with its customers. With Android, you’re on your own.”

There’s just no doubt about it: iPhones are faster – last year’s device is always still faster than this year’s Android premium flagship. This pattern is almost a decade old. That speed means most apps also reach iOS way before they come to other platforms.

Reasons like these and more are why last year 17 percent of Android users switched to iPhone, some surveys suggested.

Speaking during a recent fiscal call, Apple CEO Tim Cook said Apple saw “the largest absolute number of switchers outside of Greater China” in the first half of fiscal 2017 than it had “ever seen.”

In fact, it saw the highest rate of switchers in Q1 than the company had ever seen, up even on 2016 when the company also saw more customers switch from Android to iPhone than ever before.

I fully expect Apple will see this switch rate increase even more on the release of iPhone 8.