Wristcam: Puts a great camera on your Apple Watch 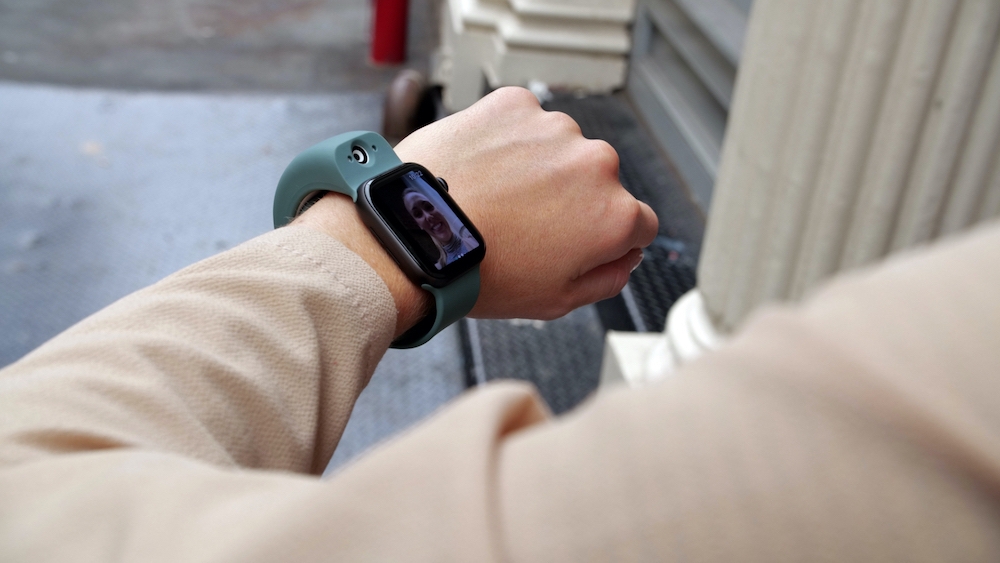 This strap puts a camera on your Apple Watch

Ever since the first Apple Watch shipped we’ve seen speculation the company may one day extend the capabilities of the device with features hosted on the strap. Now we can see this future thanks to the new Wristcam device, which adds a camera to the Apple smartwatch.

Wristcam is a $299 camera system fro the Apple Watch. It’s a dial camera, modular smart watch band that lets you use your watch to take HD photos, video and live streaming.

You can use it for a FaceTime chat, and to share images in a real Jetson’s wristcam way.

The Apple-certified camera system features high-definition self-facing and world-facing cameras in an ultracompact design that connects seamlessly with Apple Watch and iPhone via Bluetooth 5.0 and WiFi. On-device LEDs show when the camera is active.

The design team includes one former Apple engineer involved in the first iteration of the watch.

Development took place over five years and the team has worked so design and functionality meet Apple’s stringent standards.

That’s why the new smart band carries the Apple-approved ‘Made for Apple Watch’ status.

Wristcam captures 1,080p HD video, 4K resolution stills, supports video live-streaming, and is available in a collection of interchangeable band colors: Noir, Blanc, Gray, Rose, and Sage. You control the camera via an app or on the device. New photos are synced to the user’s iPhone and you can expect an all-day battery life.

“Living with Wristcam feels a bit like having superpowers. Customers love our lightweight, casual camera for quick capture while staying in the moment. The phone isn’t always within reach, and it’s nice to have a camera handy when going out with friends, or going on a run, ride, or hike with just an Apple Watch,” says Ari Roisman, CEO and co-founder of Wristcam.

“But it’s Wristcam’s live video capabilities that are truly next level and sci-fi worthy. I’m so proud of our team and the transformational product experience we’ve been able to craft. We are so excited to see all the new types of content and experiences Apple Watch users create.”

What are the product specifications?

Please follow me on Twitter, or join me in the AppleHolic’s bar & grilland Apple Discussions groups on MeWe.