Today in ARKit: Towards the Virtual AR Mac Experience 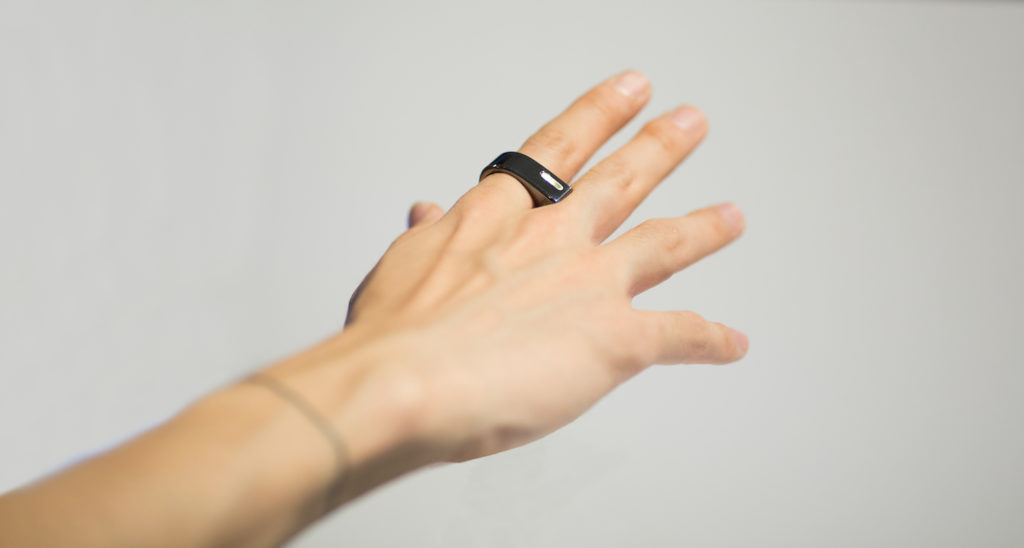 Imagine if you could use your Mac anywhere, in almost any situation. Keep that thought in your mind when you watch the video at the end of this story. The concept in the video proposes use of ARKit and virtual tools with a connected ring, which lets you control what’s happening in virtual space. Essentially it uses different connected devices to create a gesture-based computer.

What does that remind me of?

Designer, Nat Martin, put his concept together as part of his Masters project at the RCA and Imperial College. It’s a smart idea, and ties in incredibly well with how I think computing will develop now Apple is fielding the different components we’ll need for such ambient computing experiences.

Sure, I there are some big problems with using a gesture based virtual system like this to replace everything you use your Mac for, but I do hope you can see the potential here.

Martin explains that the project consists of three elements:

“1. A working wired prototype of the ring (Arduino + Unity +ARKit)
2. An aesthetic model of the ring made from cast brass (with working LEDs!)
3. A rendered video of example use cases for the ring (Cinema 4D and After Effects)”

Martin calls the concept ‘Scroll’ and says it will let users “visualize and manipulate their everyday digital experience in space.” The ring has a  gyroscope, a scroller (operated by the thumb) and a touch sensor (between the first and second fingers), which lets you manipulate your virtual reality.

“The ring works like a digital laser pointer meaning it does not require the large, ‘minority report style gestures’ currently used to interact with AR,” he explains. There is currently a functional prototype of the ring.

What’s interesting about this is that Apple has long been thought to be developing its own gesture-based interface for computers.  At one time it was rumoured to be building an iRing of its own.

It now also has AirPods to provide the auditory element and is apparently planning another foundation stone — an LTE radio inside the Apple Watch. Add a pair of 3D glasses and you enter a virtual world that’s as useful for gaming as it is for real life computing experiences.

This concept video kind of shows one way Apple could go as it builds the next-generation of ambient computing.