To rescue privacy, Apple should sell a Siri chip to others 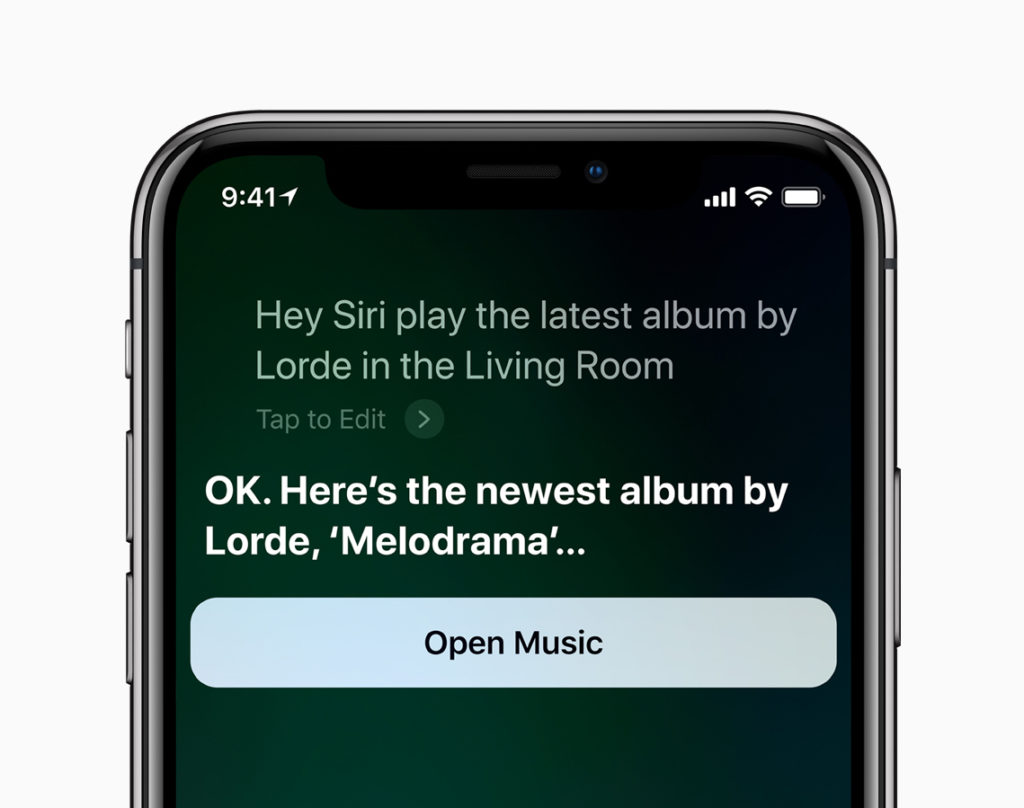 You need to think laterally about Siri. It’s much more than just a voice assistant that lives inside your smartphone – it’s an essential component of the user interface of the future. That’s why Apple should sell a Siri chip to other manufacturers.

Your wish is my command

The thing that concerns me when using any voice assistant is that so many of them require us to permit what we say to be stored in some cloud in forms that can be connected to us. This data can be analysed, sold, shared, leaked and stolen just like any other form of data – and this isn’t something anyone should want: It’s a form of surveillance everyone should avoid.

Fortunately, Siri doesn’t do this, and while that means it has taken the Virtual Assistant (VA) a little longer to get to be quite as robust as some of the less privacy-focused VA’s out there, that is only a technical challenge, and one that Apple is dedicated to solve.

To do so it combines on-device intelligence with privacy protection and more. It uses the cloud for overall data around mass trends and personalises that information appropriately on the device.

The important truth is that the use of VAs is expanding fast. Futuresource Consulting’s recent home audio quarterly tracker shows that products with integrated VAs grew to 41.8% of all home audio shipments in Q4 2018 — up nearly 50% on Q4 2017, with smart speakers increasing by 79%.

“But it’s no longer all about the smart speaker,” Jack Wetherill, a principal analyst at Futuresource Consulting observes. “For TVs, VAs are being rolled out by leading brands such as LG, Sony, Panasonic and Samsung. Most involve a microphone in the remote control, similar to those used in media streamers, assuring a continued lifespan for the trusty set until manufacturers include microphones in the sets themselves. This can be costly and will require solutions for technical issues around noise and echo cancellation, due to microphones being located adjacent to TV speakers.

“In soundbars, we already have leaders such as Bose, Denon, Polk, Samsung, Sonos, Sony and Yamaha rolling out products on either a ‘built-in’ or ‘works with’ basis. Our quarterly tracker shows that smart soundbars accounted for 5% of all soundbar shipments in Q4 2018, and we’re going to see a substantial uplift in activity this year,” adds Wetherill.

That’s all great, but at present much of this activity revolves around VA solutions that lack the privacy and commitment of Siri – perhaps this is something that will change?

Why Apple must license Siri

Apple has an opportunity here. Think of it like this: At present, consumers across the planet are investing in smart TVs and smart speakers that invade their privacy, grabbing data which may (or may not) be mined to yield insights into how a person lives their life. Insights which, when thrown through data analysis, can yield the kind of information those dreadful data aggregators make millions from selling, invading our privacy – and our user experience of actually existing – as they do.

There is a solution – and I think it’s one that Apple is in a better position than ever before to explore: television. Think about it – Apple is already working with the big smart TV vendors, Roku and even Amazon on ensuring that its Apple TV+ service works on their devices.

Why not license them with Siri, too?

That way, people using Siri-controlled televisions would know for certain that their conversations were not being mined, analysed and sold for other people’s profits, And Apple could make a profit as it does – it could sell the silicon which it already makes for use in smart televisions from multiple vendors. It could sell that silicon for cheap to help ensure mass market deployment.

Doing so would profoundly put privacy at the centre of conversation in every front room. It would give the company a chance to actively inform consumers of the risk of using Voice Assistant technologies that fail to match its commitment to privacy. It could do so while offering an alternative.

In doing so, it could also work with television manufacturers to ensure its own TV services were included in the bundles, throwing the world its twin lifelines of peaceful enjoyment of private life and a commitment to cutting edge high-end programming to counter the inanity most of us are exposed too.

You could see this as an extension of Apple’s ‘Made for iPhone’, ‘Made for iPod’ and all the other kitemarking schemes it provides. It could call it ‘Made for Siri’. It could sell the tech to Amazon and everybody else, and in doing so it could put its gazillion million dollar boots right into the business plan of the surveillance capitalists who appear to have done so much irrevocable damage to the harmony the peaceful among us hope for in this world. 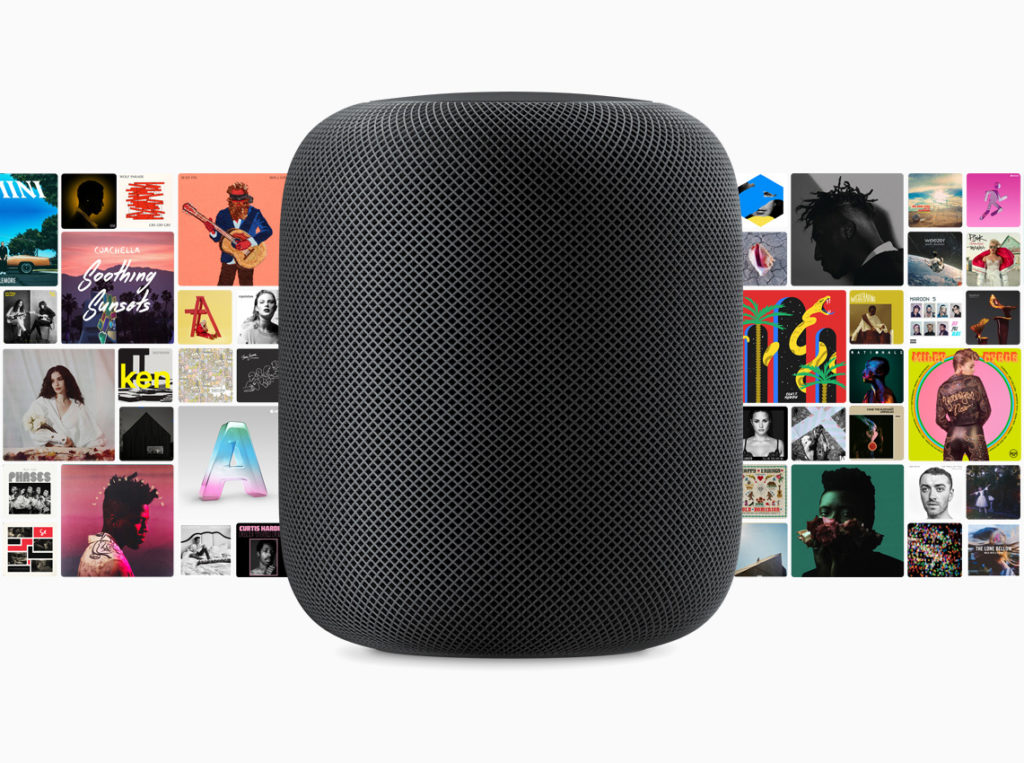 The thing is, Vas are becoming a necessary component in more and more products, and yet the people who provide these things aren’t necessarily protecting personal privacy – consumers are purchasing bugging devices they leave around their own homes.

Guy Hammett, Market Analyst, Futuresource Consulting. “With many consumer brands already leveraging VAs, from mobile and wearables, to smart home, to automotive, to toys and ecommerce, we’re beginning to see a VA landgrab emerge. And the stakes are high. The company that controls the user interface can influence user behaviour, choice of services and products.”

Then, while praising the benefits he observes the risks. “Combine that with the associated access to user data and it begins to get very interesting, with opportunities that include better understanding and personalisation of services, packaging of content, internal analytics, advertising and marketing, or even anonymisation and packaging for re-sale to B2B partners.”

Google introduced Google Assistant Connect at CES 2019. This is a chip audio brands can include in their products that lets devices containing it get responses from any Google Assistant device in the home, such as an Android phone.

I think the world needs an alternative to Google. Apple has that alternative, and its recent moves around home entertainment shows it understands more about partnerships in that space than many expect.

“In this new VA-enabled world we’re going to have even easier access to effective browsing and discovery of content, providing an essential shortcut through the user interface and improving the overall user experience. We’ll use virtual assistants to search online, to compile our shopping lists and make those purchases, manage our schedules, control our home automation systems and our smart devices, command our autonomous vehicles and so much more,” says Hammett.

The question you have to think about is if you want all those tasks to create data that can be analysed, bought and sold, and related to your own personal habits without any rights or control of that information at all?

Or would you prefer another alternative. Which is why I think Apple should put Siri on a chip and make it available to the consumer electronics industry as a big contribution in its fight for privacy.