The new iPad is great, but similar iPad Pro has the edge

The new iPad is great, but camera and storage remain better on iPad Pro

The addition of Apple Pencil support to the new entry-level iPad makes the new Apple tablet a close competitor to the original iPad Pro, what you need to know.

The iPad is cheaper…

The new iPad uses an A10 Fusion chip, the same processor as that used in the iPhone 7. It’ not as speedy as the A10X chip inside the iPad Pro, though it’s only when using the most graphics-heavy apps and games that you will feel too much difference.

There’s also an embedded M10 processor, which you’ll find on both tablets.

And iPad is a little smaller

But also has a Retina display 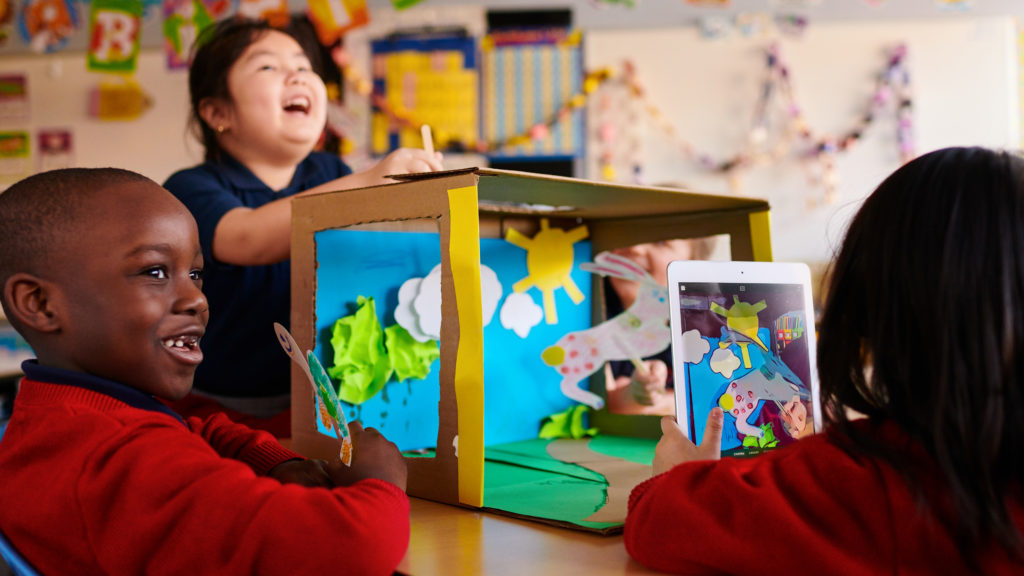 Though iPad Pro has much more storage

The entry level iPad offers 32GB or 128GB storage. In contrast, the iPad Pro ships with 64GB storage as base with 256GB and 512GB options also available (the high-end iPad Pro with Wi-Fi costs $999).

Where the iPad Pro holds 4GB of RAM, the new entry-level brings just 2GB. This means you will see differences when you’re doing graphics intensive tasks — when running Split Screen mode and Slide Over simultaneously you may find the Split Screen window dimmed.

The iPad offers an 8MP camera with f/2.4 aperture and a five-element lens is capable of capturing HD video at 1,080p. There’s also a 1.2-megapixel FaceTime camera.

In contrast, the iPad Pro is much higher spec with a 12-megapixel camera equipped with an f/1.8 aperture and a six-element lens. Video quality matches, though the FaceTime camera is far superior at 7-megapixels.

You can get a Rose Gold iPad Pro

The entry-level iPad ships in silver, gold and space gray, while the iPad Pro is also available in rose gold.

They weigh exactly the same

Both the entry-level iPad and the iPad Pro weigh 1.03 pounds, or 1.05 pounds if you include Cellular. 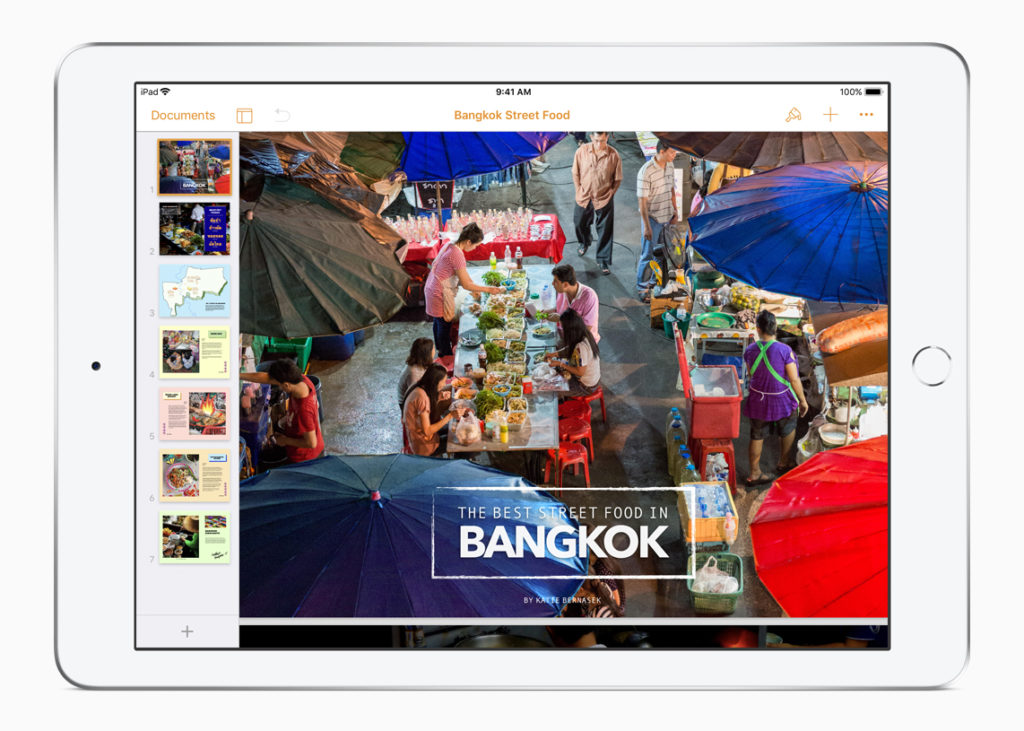 Now you can make books in Pages

Both have the same sensors

Both iPads include a three-axis gyroscopic sensor, accelerometer, barometer and ambient light sensor.

You get the same battery life

The iPad brings a 32.4-watt battery Apple claims will deliver up to 10-hours surfing the web (9 hours over a cellular network). You’ll get 10-hours out of an iPad Pro, also, thought he battery (at 30.4-watts) is slightly larger to make up for the punchier audio, faster processor and larger display.

You can’t use a Smart Keyboard with new iPad

One difference between the two models: The iPad Pro boasts a Smart Connector to which you can attach an Apple Smart Keyboard. You don’t get that on the new iPad, but there are a range of third-party keyboards you can use instead. 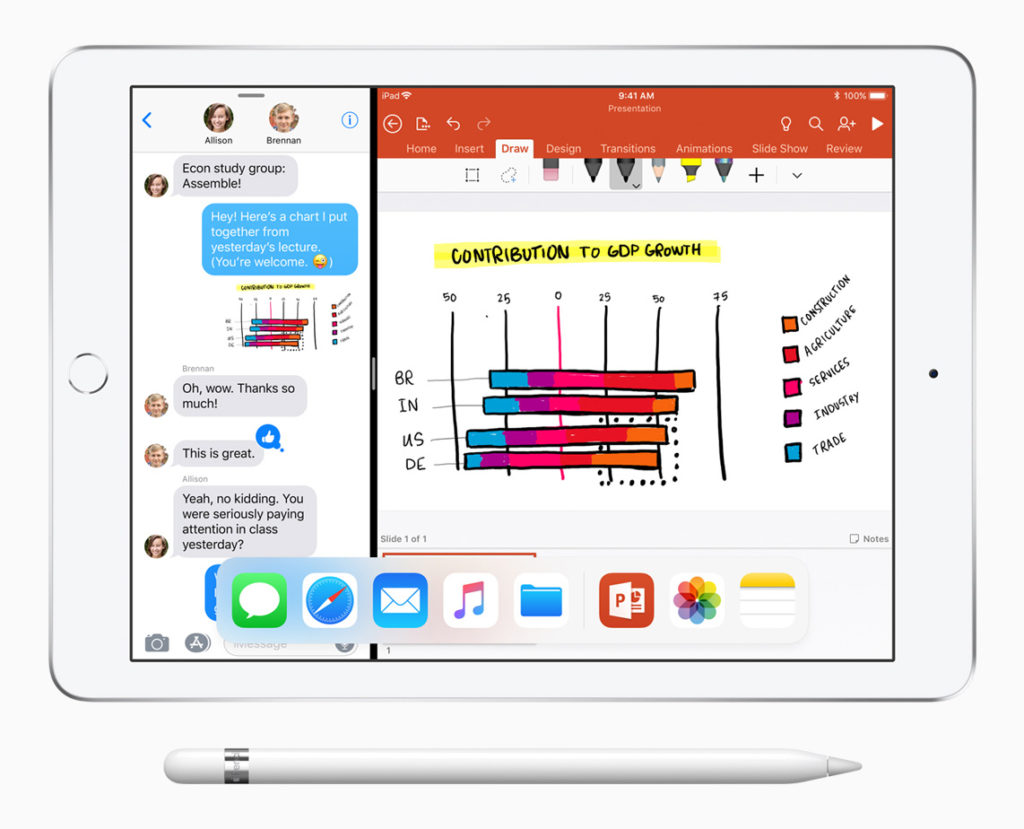 iOS 11 made iPad Pro much better at multitasking, introducing Slide Over, Split View, Picture-in-Picture, Drag and Drop and a better Dock. You get all these features with your new entry-level iPad, making the device an even more effective computer replacement.

If price is your only concern, it’s a no-brainer: the new entry-level iPad is a compelling purchase, particularly as you can buy one of these, an Apple Pencil and an Apple TV4K and still have enough change to buy a great lunch, in comparison to the cost of an iPad Pro. If cost is just one consideration, and you want a fast iPad with a nice display that you can use to get things done (including with an Apple Pencil), then the new entry-level tablet also meets your needs.

The exception is if you need higher built-in storage (as most pro users will demand), or if your tasks demand the use of a high-quality camera (or better audio), then you’ll be looking at an iPad Pro. Having said that, with Apple expected to upgrade the iPad Pro range at some time this year, the differences between the two models will grow in the next few months.