Take a look at Yoink to help you get things done 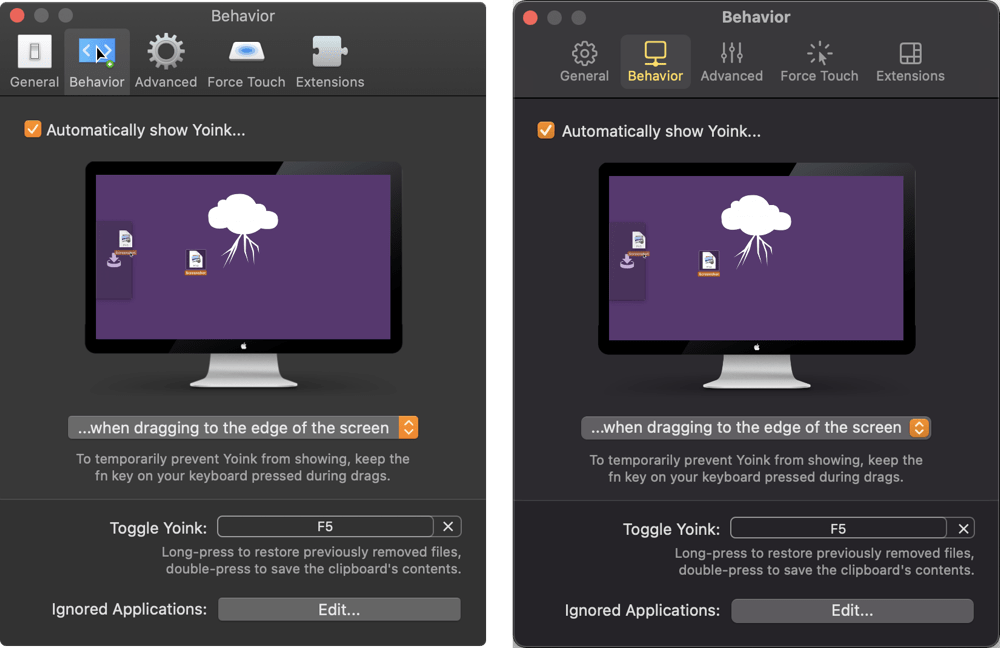 Yoinks makes it easy to get things done

I wanted to write about a really useful Mac, iPhone and iPad app that really should help you get things done. It’s called Yoink (free trial here) and basically gives you multiple clipboards that can be used across all your devices, which is incredibly useful so much of the time.

App developer Matthias Gansrigler made contact to let me know the latest news about the Mac version of his app, Yoink for Mac, which he sees as a solution for much better drag-&-drop. The latest edition of the application is compatible with Big Sur and Apple Silicon.

What does Yoink do?

Yoink provides a temporary space (a “shelf”) for files you drag from Finder. It also supports content grabbed from within apps, such as images from websites. The idea is that it makes it much easier to navigate between source items and their destination.

Because when you want to drag something from one place to another, the Yoink application will appear at the edge of your screen and invite you to temporarily place the item there. You then go to the destination and drag that item from Yoink.

The new Mac version of the application delivers a more Mac-like UI and user focused improvements, including better support for not-yet-loaded files in iCloud Drive and screenshots grabbed from the Mac’s floating screenshot window.

What else it does

It doesn’t stop there. Not only can you drag multiple items to your Yoink before placig them, but you can also use Handoff to transfer files between all the devices you’re running Yoink on (Macs, iPads and iPhones, though you need to install the app on all these devices).

“Store anything you can drag, copy, share or download and sync it across your iOS devices, or use Handoff to transfer them to (and from) your Macs.

“Deeply integrated into iPadOS and iOS, this beloved utility will keep your files and snippets and allows you to access them whenever they’re needed, via the app itself, its Widget, its custom keyboard, Siri Shortcuts, and its Files.app integration.”

Even more things it does

Yoink also supports Continuity Camera, so you can import document scans, photos and sketches right from your iOS devices and can also choose when and where it should appear and in which apps.

Finally, there’s a Share extension which lets you send files and app-content to Yoink without using drag-&-drop.

You can download Yoink for Mac at the Mac App Store for $7.99 and for iOS devices ($5.99) here. You can also get it in the developer’s Productivity Bundle (with ScreenFloat and Transloader) and on Setapp.

Other apps from the same developer

Matthias has developed a bunch of additional apps, including: