Is Apple Really Doomed in China? No 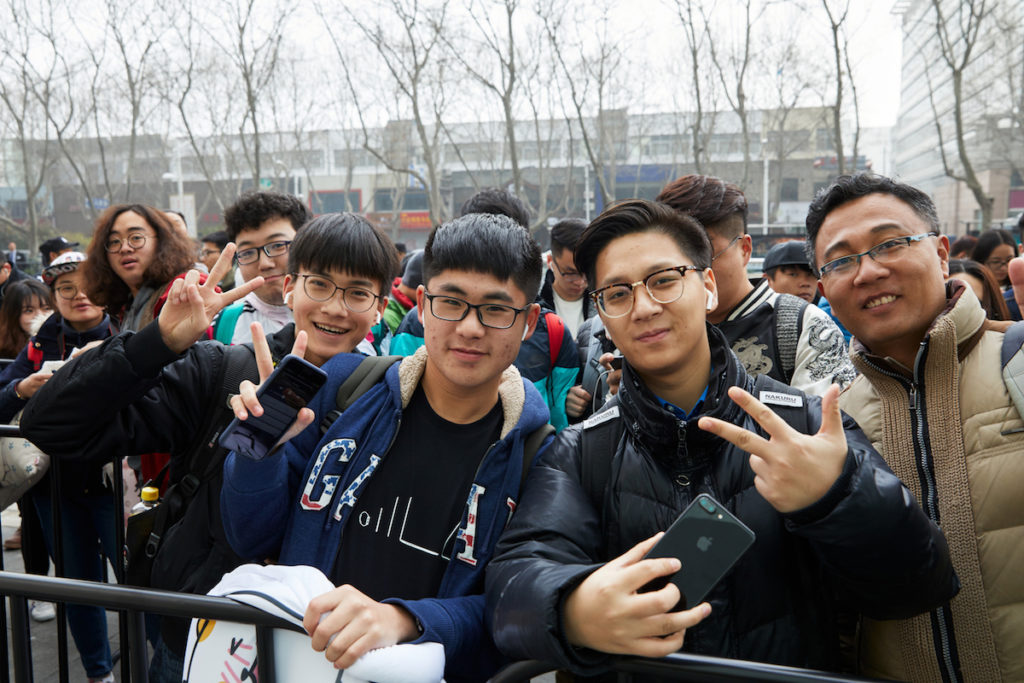 Whenever you come across any form of group think it’s good to challenge it. Right now, that kind of thinking suggests Apple is having problems in China. I don’t think it is. I think it’s on the edge of huge success.

The prevailing wisdom always seems to be that Apple is failing. It’s a surprise anyone pays any attention to that wisdom, as it is always wrong.

Today’s big fail is Apple’s decision to enable payments using WeChat in China. People seem to think this reflects a failure of Apple Pay to grab a huge chunk of the mobile payments market in China.

That’s true – it hasn’t – but that really doesn’t mean anything, because the WeChat (and an earlier AliPay deal) mean consumers in China will still be using their iPhones as a wallet. And as they get used to using mobile payment services on iPhones it becomes a heap more likely they’ll try Apple Pay eventually.

Apple told China Money Network: “We continue to be dedicated to providing multiple simple and convenient payment methods for customers within the Apple ecosystem.”

The thing is, it isn’t hard to figure out that the WeChat deal isn’t primarily about payments, instead it is about securing the future of the next iPhone.

You see, WeChat is absolutely China’s biggest social network. People use it to get a huge range of tasks done, so they won’t use a platform that doesn’t support it. Apple wants those hundreds of millions of WeChat users to be using an iPhone.

Why do I think that?

Because Apple CEO, Tim Cook, said so. Speaking during the Q3 17 fiscal call, he said:

“I see Tencent as one of our biggest and best developers. They’ve done a great job of implementing a lot of iOS features in their apps and we’re looking forward to working with them even more to build even greater experiences for our mutual users in China.” (Tencent own WeChat. Italics mine).

It’s not a unique deal.

Accepting that this is primarily about the iPhone you have to think about Apple’s other big failure: people seem to think that local Chinese vendors are eating market share.

China is waiting anxiously to see what the next iPhone looks like.

Morgan Stanley analyst Katy Huberty has this take on that:

“It’s highly unlikely that Chinese consumers are paying $2,000 for a Mac at home, but carrying a cheaper smartphone device with them,” she told BI.

She points out that while iPhone sales in China are declining, sales of the current year-old model grew 56 percent. What this means is that China is full of pent-up demand for the new iPhone.

Even Tim Cook has alluded to this waiting game, noting that stronger than usual iPhone 8 rumors have slowed iPhone sales for months.

What has been happening in China (and elsewhere, as I’ve argued quite often) is that in the context of a growing industry we are seeing a slump.

There is huge pent-up demand for the next Apple product, and while smartphone sales are up across the board the market share figures that are flying around do not yet represent an accurate barometer of how Apple is performing in any country.

We’ll have to wait until the next-gen iPhones ship to see that.

When do shipments become sales? When they are sold

Huberty notes some fundamental challenges to seeing Apple as being eclipsed by smaller vendors in China. The biggest being that while shipments into retail may be strong, sales aren’t necessarily that good:

“You’ve seen weakness at a number of semiconductor companies that sell into those cheaper brands. Their business has been very weak because there’s inventory in the system. That means the shipment data is overstated,” she said.

So, what have Chinese consumers been doing?

They’ve been picking up cheap smartphones to tide them over until the next iPhone is released.

There is absolutely no way they are abandoning the iPhone – and the stats prove it. A Morgan Stanley survey in May 2017 found that 92 percent of existing US iPhone owners will stay with iOS – up from 86 percent the previous year.

That’s the U.S, but let’s be honest here:

So, what do people want?

Look at it this way – Google has been forced to rebrand its AR efforts in a defensive move against Apple’s ARKIt in iOS 11. It had to show the world it was doing this, as Tango failed and it has no ecosystem to boast of.

Apple’s ARKit solutions will reach hundreds of millions of devices from day one, Google is only promising to reach 100 million devices. A promise, not a fact, and a failure of the fragmented fast follower platform. You need to invest in original ideas, not just base a business on parsing them, Though parsing other people’s ideas is all that search engines really do — and advertising is a parasite that makes money from being in the presence of the best ideas, rather than having any ideas of its own.

What do I think? I think Apple’s next iPhones will drive Chinese users to switch. I think it will shatter exiting loyalty statistics. I think it will eviscerate lower end smartphone sales – and I wonder if we will ever learn how many shipped lower end devices are returned to the factory having failed to sell in the shops in the last few months, while consumers worldwide waited on iPhone 8.

This supercycle is going to be a triumph of reality distortion.