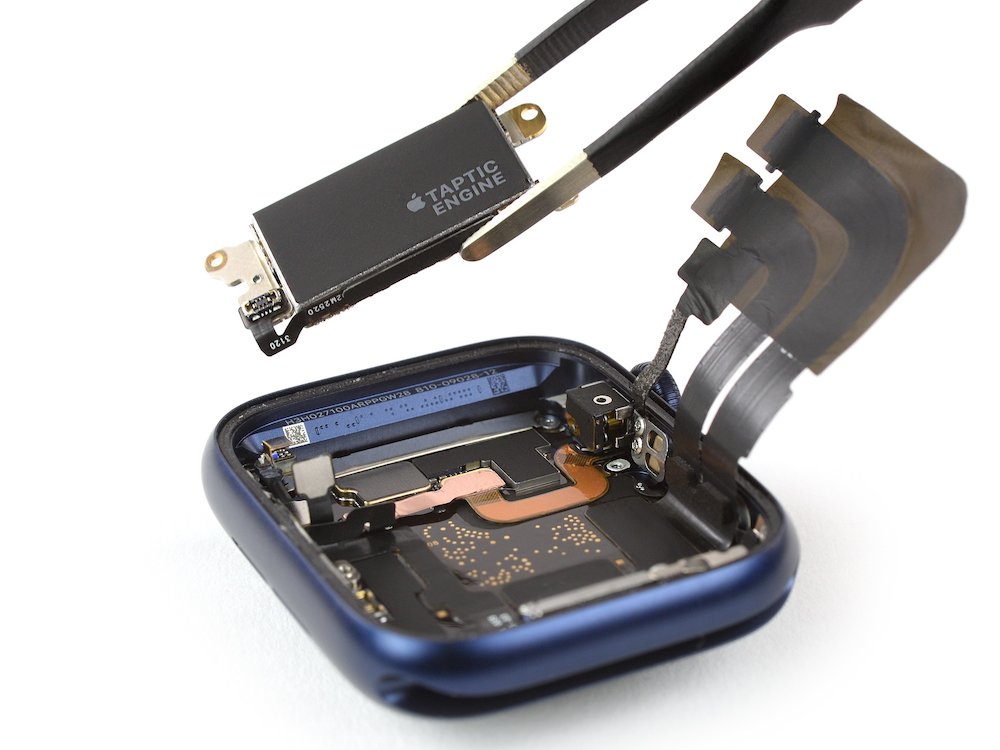 An Apple Watch Taptic Engine being removed from the device.

“The Apple Watch Series 6 might seem like a trivial upgrade from the Series 5. But once you pop off the screen, it’s a whole different story. In our teardown of the Series 6, we uncovered some significant changes to the tried-and-true Apple Watch design formula that are exciting for wearers and repairers alike,” iFixIt said.

What are the highlights?

The new brighter display is safer to remove. This is because the company has removed the Force Touch gasket, which has also enabled Apple to make the device a little thinner.

Both the 40mm and 44mm models gained upgraded  battery capacity. The intrepid teardowners note that the 40mm “remains the only model with Apple’s radical metal-pouch battery design.”

The new Taptic Engine is also larger than its Series 5 counterpart. 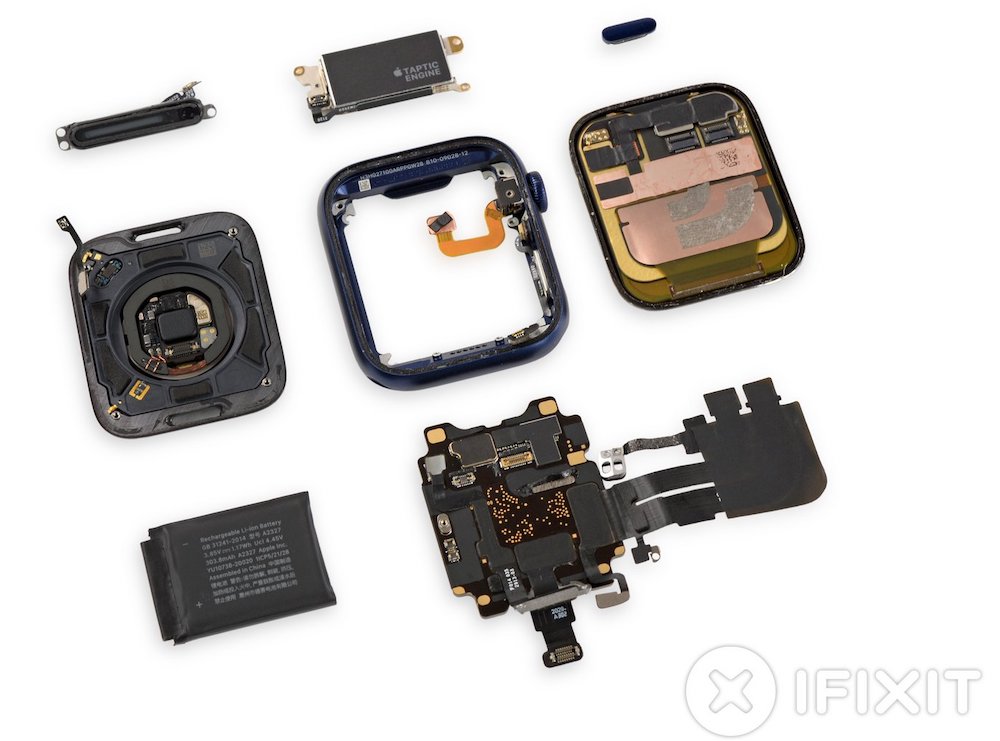 The Apple Watch also has a new frame design. This has been tweaked to make room for larger components while also being thinner than before.

The new watch also opens in a different way, from the side like iPhones since iPhone 6S and boasts a more streamlined internal design. 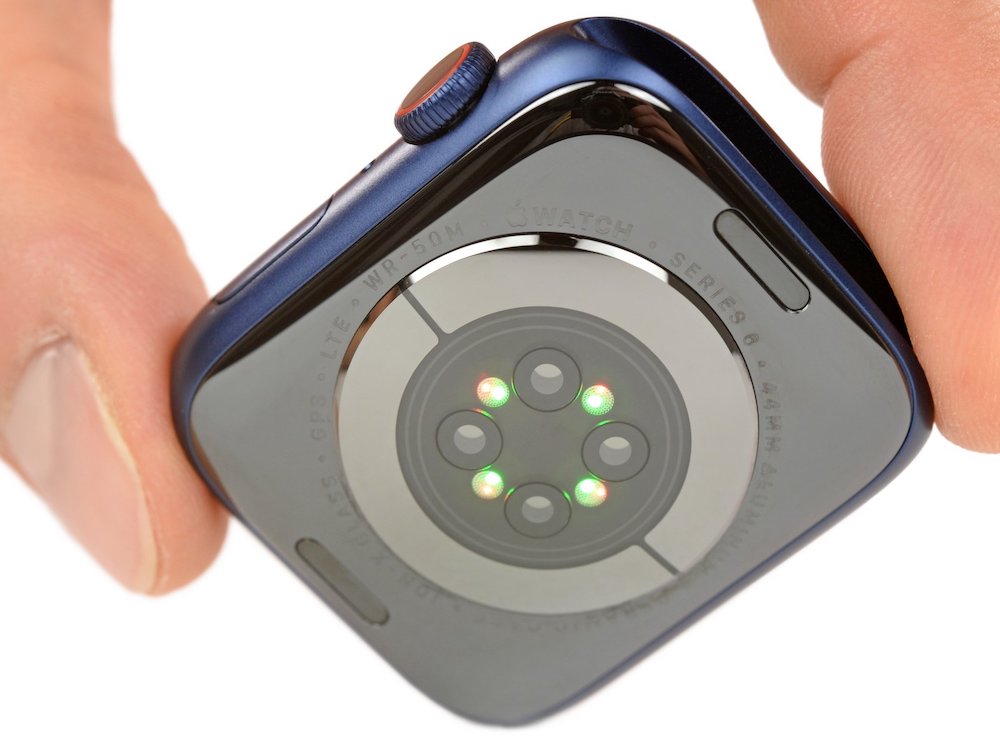 The new sensors on the device

What components have been identified?

The teardown identifies the following watch components, other than the chassis and OLED display.