How much will Siri on macOS Sierra cost Google? 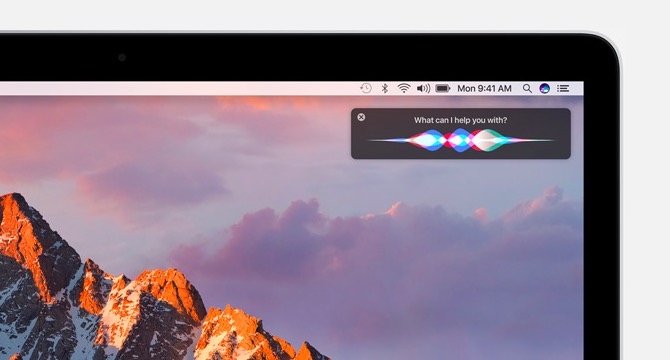 Have you thought about how you’re going to use Siri on your Mac? Well, I’ll tell you how I use it — I use it while I’m working to search for everything: A website, to answer a question, for background data, to find my utility provider to complain again at their constantly poor service, to look for “stuff”. And guess what — each time I run one of those searches I’m not using Google any more.

I’m also using Bing, or DuckDuckGo or #anyonebutgoogle on my iOS devices.

(And Google knew this was coming years ago).

The reason I’m mentioning this is that Google is nothing much more than an ads business. Sure, it has a few products out there, and yes it spends a lot of money on half-baked ideas like self-driving cars…

Apple is also investing in cars, but I believe its ambition isn’t just to create painfully expensive playthings for Silicon Valley billionaires, but to revolutionize all forms of transport, from the bus to the bicycle, truck and beyond. It’s inevitable we’ll see a fleet of Apple-designed self-driving buses carry people around its new campus.

So, Google has this high stock value but delivers very little value in exchange for it, and its mobile ads business isn’t growing anything like as fast as it needs it to.

Back in 2011 Google had 65.3 percent of the search market. This means the company has lost ground even while the number of devices engaged in making searches has increased exponentially. It now holds less of a larger market.

When Apple ships macOS Sierra it will be putting the new OS into the hands of those who are likely to be the most active computer users around. Apple doesn’t do search, but does do partnerships, so the net beneficiary here will be Microsoft’s Bing. Last quarter, over 40% of Microsoft’s search revenue came from Windows 10 devices.

In the final quarter of 2016 we’re going to see a whole new business for Microsoft, this time from Macs.

We know from previous releases that in a matter of weeks around a quarter of Apple’s Mac installed base will be using Siri. They’ll use it for search, which will deliver significant market share gains for Bing at the expense of Google. That’s really bad for Google, which depends on getting people hooked on its platforms in order to pipe ads into them (and provide data about them to advertisers).

Earlier this year, Bloomberg obtained a court transcript from Oracle’s copyright lawsuit against Google, which suggests Google paid Apple a $1 billion fee as its percentage for searches made on iOS devices in 2014. That’s probably no longer true, but it underscores the money value of search on Apple platforms — that was  percentage, after all. Last May 2015 we learned iOS drives an astonishing 75 percent of Google revenues.

But how much are desktop revenues to the company? And how much of these comes from Macs?

The second part of that question is easy — most web metrics firms peg Macs as driving around 4-5 percent of Web traffic. If we assume everything else is equal then it is reasonable to estimate Macs as accounting for 4-5 percent of Google desktop search income. It could be much, much higher as Mac users are so active online, by which I mean that like iOS users there may be fewer of them but they spend more, which may mean they click on Google ads more — they are certainly the kind of demographic advertisers pay Google to reach.

The first question is a little harder to answer, but a relatively recent Trefis Research note estimates Google will make $23.49 billion from desktop search (all operating systems) in 2016.

(Don’t forget the figure could be higher, as total traffic also includes mobile, meaning Mac share of desktop search revenue is likely to be higher than this, but I estimating low).

Further,  (as I argued above) I think the true value of Mac desktop search to Google is much higher than Apple’s web traffic marketshare — why else was Google paying a billion dollars just to keep its search engine as default on iOS devices? You can estimate whatever you wish, but even at this conservative estimate it seems clear Apple’s move to put Siri on Mac is going to cost the Android developer at least a quarter of a billion dollars in lost revenue across 2017.

And once 50 percent of Mac users switch to Sierra, that climbs to half a billion dollars Google won’t see.

Now my math could be all wrong, but it seems to me that Google is going to feel the pinch once Siri hits the Mac. And don’t forget — all that income (potentially) goes to Microsoft.

Is it enough to kill Google? I doubt it. Google took $74.5 billion revenue in FY 2015. However, it can’t be such great news for the company to already know that it’s likely to lose half a billion (conservative estimate) from that figure in the next 12-months…even while it continues to struggle to replace it.

I wonder what Siri has to say about it?