Apple’s iPhone 11 dominated the U.S. holiday season in terms of activations, with iPhones being nine of the top ten devices activated on Christmas Day, according to new data from Verizon Media’s Flurry Analytics.

iPhone 11 puts Apple back on track

The company analysed mobile device activations between December 25 – December 31, 2019. Here’s what it found:

Apple earned between 39-47% of new device activations across December, and their share grew as the month progressed, with an average share of 43% for the month. Meanwhile, Samsung earned 24-28% across December, delivering a total December share of 26.5%. 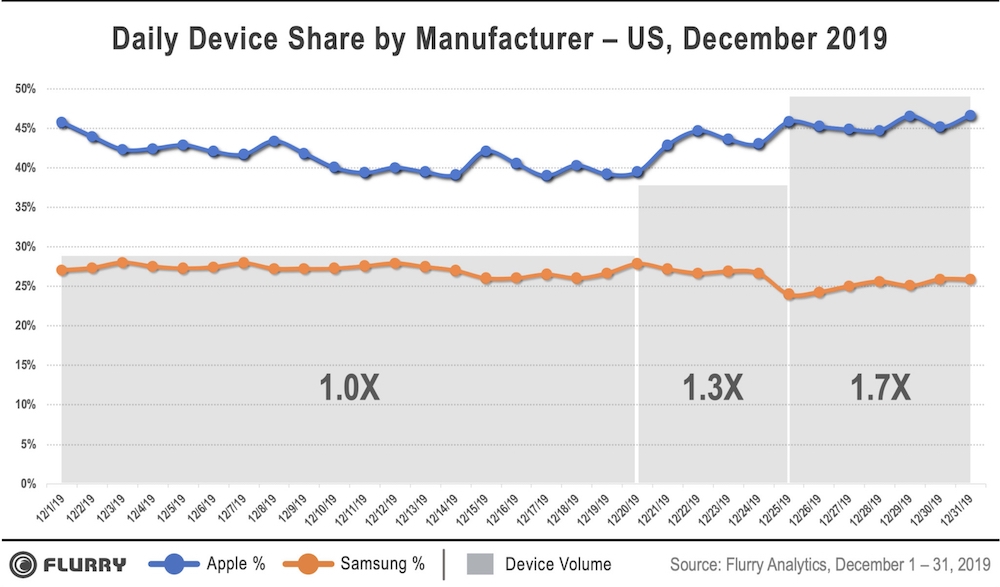 On Christmas Day, 9 of the top-10 device models activated came from Apple, with the iPhone 11 taking the top spot. The only Samsung device to break into the top-10 was the budget-oriented Galaxy A10e. However, between Christmas and New Years, the Galaxy A10e fell off the list to #11, with Xiaomi’s Mi 4 LTE moving into the #10 spot.

In the last week of 2019, Apple captured market share at a rate of 2 points higher than its pre-Christmas levels, while Samsung dropped by 3 points.

“During the last week of 2019, Apple captured market share at a rate of two percentage points higher than its pre-Christmas levels, while Samsung dropped by nearly three percentage points — for a net change of five percentage points between the two companies. For device manufacturers of this scale, and during the highest device adoption period of the year, these are critical shifts,” wrote Flurry GM, Peter Farago. 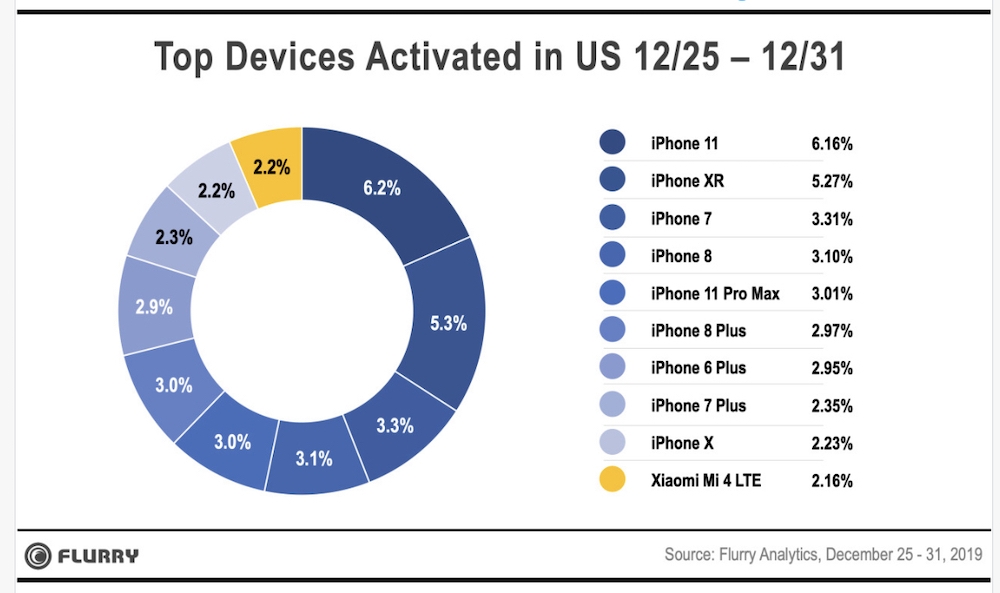 Data from Flurry – it is interesting that the iPhone 11 Pro doesn’t make it to the list.

By the numbers, the iPhone 11 accounted for 15.4% of all new Apple devices activated and 6.16% of all smartphones activated between Christmas and New Year’s Eve.

“In particular, the combination of the new 2019 iPhone 11 and the 2018 iPhone XR, which continues to sell strongly during the 2019 holiday season, drove high volume for Apple.”