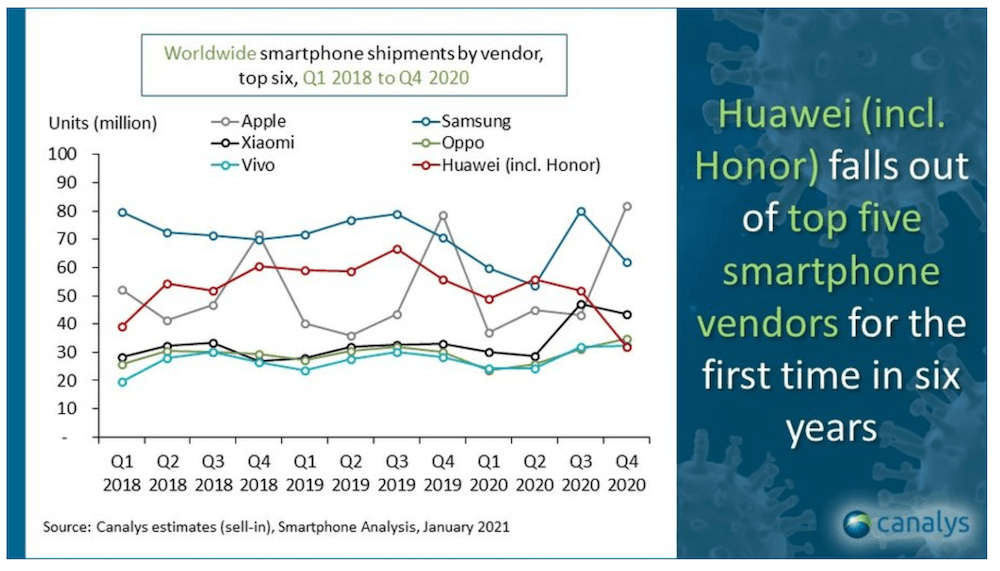 Apple;s iPhone is top of the pops

Apple no longer provides unit sales for its products, but both IDC and Canalys agree the company sold more iPhone 12 smartphones during the last quarter than it ever has done before, pushing it to lead the global smartphone market. This is looking increasingly like a ‘supercycle’ to me.

IDC believes Apple shipped 90.1 million iPhones, that’s more than in any single quarter since that analyst started tracking such sales, said analyst Francisco Jeronimo. Not only this, but this is also the “largest number ever shipped by any vendor in the history of smartphones in a single quarter. Remarkable!”, the analyst wrote in a Tweet.

“Looking at the iPhone 12 family, we saw both switchers and upgraders increase on a year over year basis. And in fact, we saw the largest number of upgraders, that we’ve ever seen in a quarter,” Apple CEO Tim Cook said.

Canalys thinks similar, though it pegs iPhone sales at a lower 81.8 million units, which is still ahead of second place Samsng, which shipped 62 million devices.

“The iPhone 12 is a hit,” said Canalys analyst Vincent Thielke. “Apple is better positioned than its competitors on 5G, being heavily skewed towards developed markets, and mobile operator sales channels. But it also made savvy moves behind the scenes to propel its sales and profitability. The omission of a power plug from the iPhone retail box, which reduces weight and size, is making logistics significantly more efficient, amid the ongoing high cost of air freight due to the pandemic. And it also implemented channel-centric growth initiatives to target SMB customers, which have bolstered demand for its entire range of iPhones.” 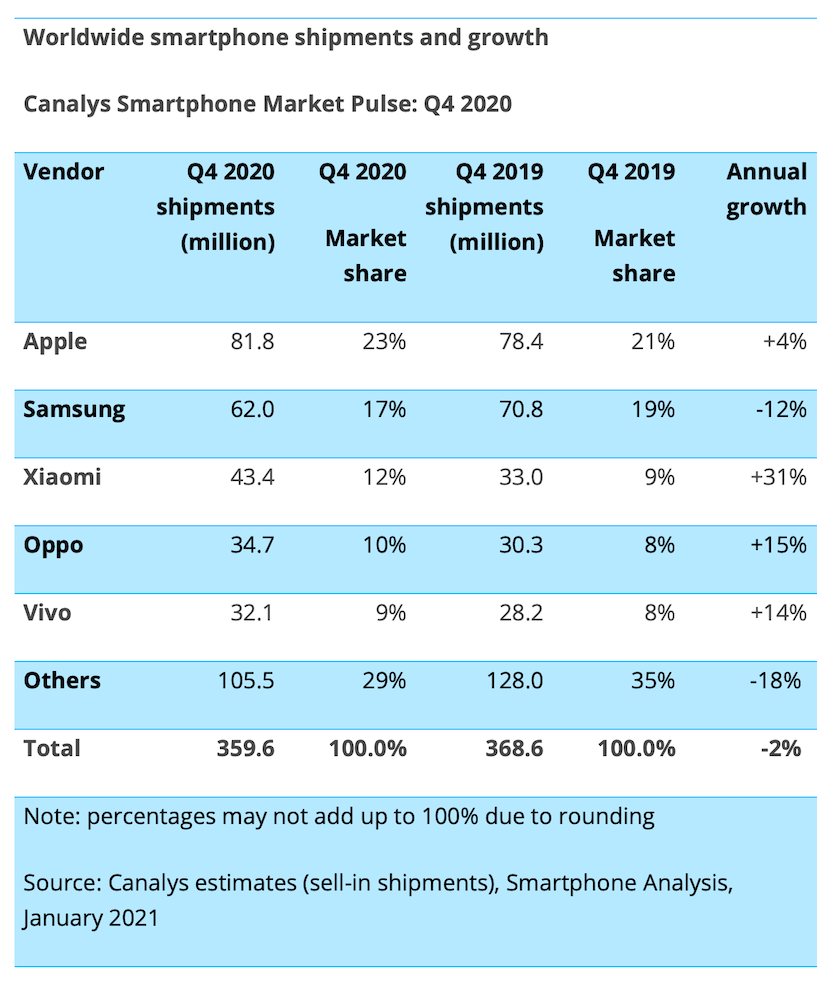 This is certainly true, and Cook has discussed the 5G opportunity. Calling 5G rollout presently a “patchwork quilt”, Cook said:

“There are places with excellent coverage, there are places within a country that that is very good but not the, not from a nation wide point of view. And then there were places that really hasn’t gotten started yet. Latin America is more closer to the last one there’s lots of opportunity ahead of us there. And I think Europe is where there are 5g implementations there. I think most of the growth is probably in front of us there as well.” 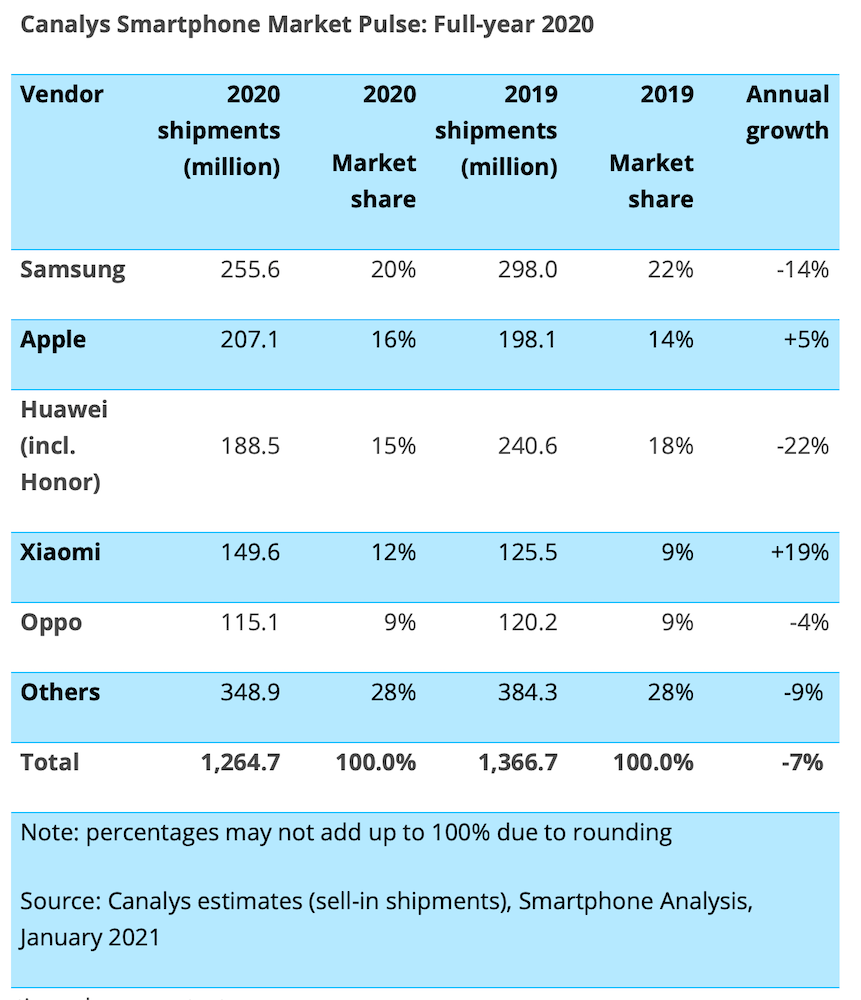 Good news for iPad, too

Apple remains the leader in the global tablet industry, shipping an estimated 19.2 million iPads in Q4 2020, said Canalys. The analyst claims iPad shipments grew 40% year-over-year, giving Apple over a third of the market, followed by Samsung (19%) and Amazon (12%).