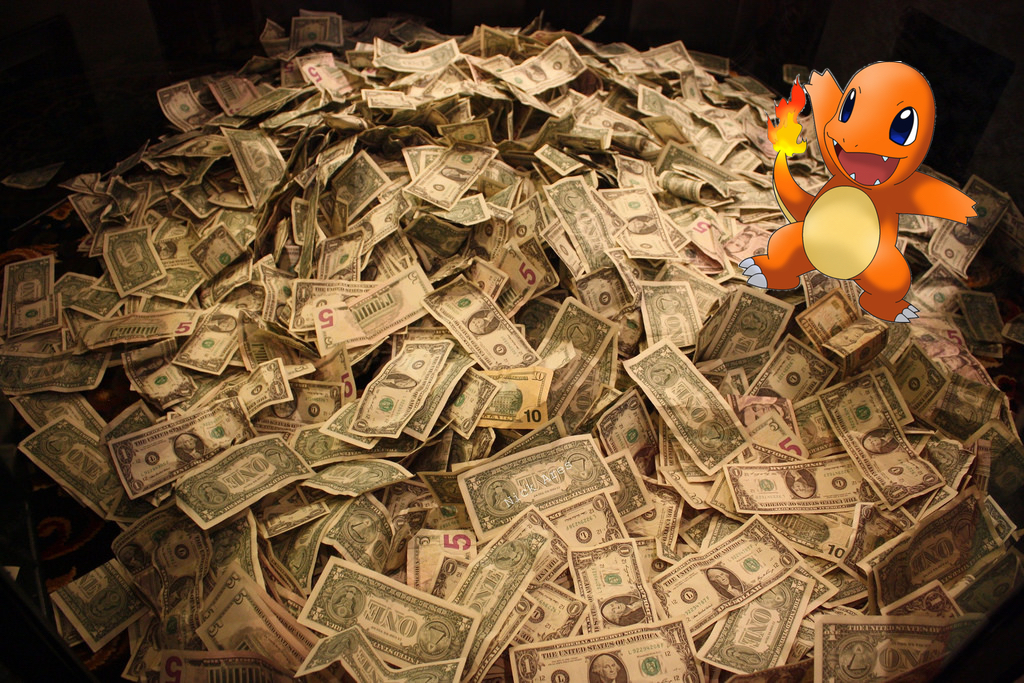 Sorry to hit you with a stats dump on a Friday, but this YouGov research may well blow your mind as you wait on Apple’s AR glasses.

YouGov claims Pokemon Go has been downloaded over 6 million times, has FIVE MILLION active users and a million paying players in the UK alone.

It means a million people in the UK have paid money on in-app purchases.

Add it up and we can easily argue that Pokemon Go players have spent around $15 million in the UK alone, and that’s a conservative estimate.

So, how much of that is going to Apple, which charges developers 30 percent or revenue.

We can’t say exactly, but Needham & Co. analyst, Laura Martin, recently ran her numbers and estimated 80 percent of total Pokemon Go spending “will be spent on an iOS devices.”

She argues that Apple users are far more engaged and far more likely to spend their money than Android users.

If we use that 80 percent estimate, then it’s reasonable to think Apple is taking home 30 percent of 80 percent of at least $15 million on Pokemon Go in-app sales in the UK. So that’s a cool $3.6 million in revenue for Cupertino.

I imagine some might argue that 80 percent is too high an estimate, however, even on the basis of market share Apple is doing well out of “Pokemons”.

Kantar Worldpanel figures Apple’s iPhone accounts for 37.2 percent of smartphones in the UK and 31.8 percent in the US.

If we use that marketshare figure as an estimator without considering platform engagement levels, then it’s reasonable to think Apple is taking home 30 percent of 37.2 percent of at least $15 million on Pokemon Go in-app sales in the UK. So that’s a cool $1.67 million in revenue for Cupertino.

It’s happening in the US, too. The YouGov figures suggest 30.8 million people in the US have played it within the past week and over 10 million have made in-app purchases.

I don’t have spending breakdowns for the US (though I have asked YouGov for them), but the inevitable conclusion has to be as follows:

Since July when Pokemon Go launched, Apple has generated between $1.67 million and $3.6 million revenue on in-app purchases through the app in the UK alone.

And it could be up to ten times that in the USA.

UPDATED TO ADD: Worldwide, it’s even more astonishing. YouGov says players have spent over $250 million in the game. If Apple is responsible for 80 percent of that then that’s $200 million spent on iOS, of which it keeps 30 percent — a cool $60 million. And even at the lower estimates it may still be seeing around $30 million.

These are conservative estimates.