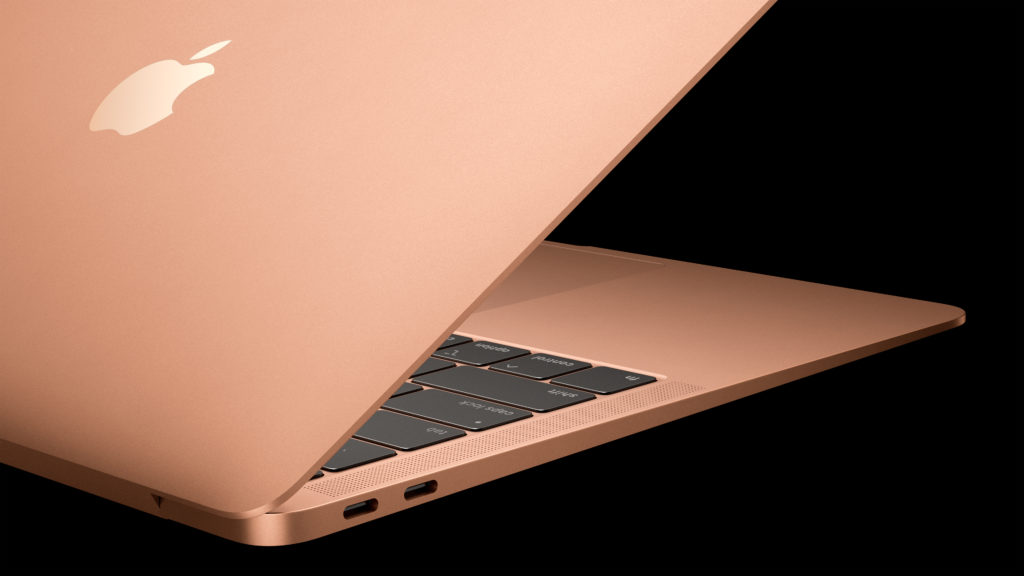 What about the display?

Like the MacBook Pro, the MacBook Air includes Touch ID which allows you to conveniently and instantly unlock your MacBook Air, authenticate your identity, and make fast, simple and secure purchases using your finger.

The MacBook Air comes with the Apple T2 Security Chip. This is likely to be a little controversial but in an environment in which hardware and software threats work together will likely be imitated by other hardware designers soon. The T2’s Secure Enclave protects Touch ID information and also ensures that software loaded during the boot process has not been tampered with.

The new MacBook Air features an 8th generation Intel Core i5 processor, Intel UHD Graphics and faster 2133 MHz system memory up to 16GB, delivering the performance you need for everyday activities like organizing your photos, browsing the web, creating presentations or viewing and editing videos.

MacBook Air also features SSDs up to 1.5TB in capacity, that are up to 60 percent faster than the previous generation.

The new MacBook Air packs all of these features in a new, distinct wedge-shaped design which is now even more compact and portable, and delivers up to 12 hours of battery life during wireless web use and up to 13 hours of iTunes movie playback. Featuring a significantly smaller footprint, the new MacBook Air takes up 17 percent less volume, is 10 percent thinner measuring just .61 inches at its thickest point, and at just 2.75 pounds is a quarter pound lighter than the previous generation.

The new MacBook Air enclosure is made from a custom, Apple-designed aluminum alloy that enables the use of 100 percent recycled aluminum for the first time, which has the same strength, durability and beautiful finish as the aluminum in all Apple products. Using this custom aluminum alloy helps reduce MacBook Air’s carbon footprint by nearly 50 percent, making it the greenest Mac ever.

Starting at $1,199, the new MacBook Air is available to order today on apple.com. It will be available in Apple retail stores and through Apple Authorized Resellers starting Wednesday, November 7. Additional technical specifications, configure-to-order options and accessories are available online at apple.com/mac.

The new graphics configuration option for MacBook Pro will be available to order on apple.com and in Apple retail stores and through Apple Authorized Resellers starting Wednesday, November 14.