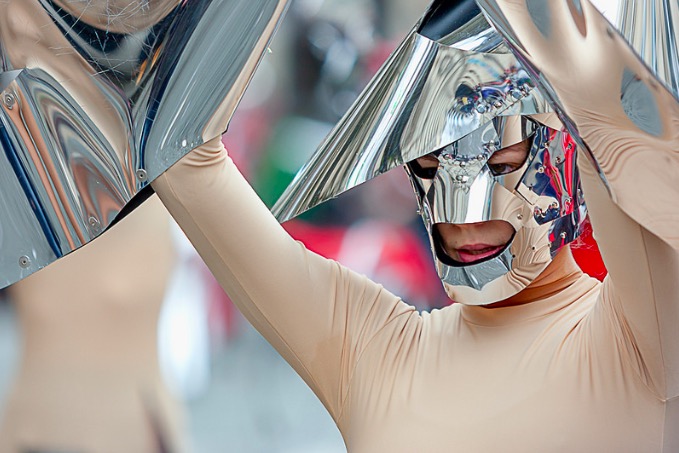 Can you make any sense of how things turned out? Thanks to Patrice CALATAYU and Flickr.

Adobe today announced it will kill Flash by 2020. I thought I might try to create a time line for what happened to the once future of the mobile format.

“Adobe Systems Inc. has reached a definitive agreement to acquireMacromedia Inc. for US$3.4 billion in stock, the company said Monday.” Macworld, 2005

I was a news editor when Adobe’s Macromedia take over was announced.

At that time, I still seem to remember thinking that part of the motivation for this deal was for Adobe to take control of technologies it could use to create a mobile web.

How excited was I when I first got to watch a tiny video on my Nokia flip phone while sat on a train some time in the early Noughties.

We looked at Palm’s and Treo’s and thought they were the future of mobile, until that fateful moment in 2007 when Apple launched iPhone and we saw what the real future would be.

“Flash is no longer necessary to watch video or consume any kind of web content.” Steve Jobs, Thoughts on Flash, 2010

Apple took a lot of punishment for its decision to abandon Flash in 2010. All the usual suspects had their hissy fits. Moaning about the usual nonsense.

Jobs was right, of course, and don’t forget that by this time Adobe had enjoyed not two but five years to resolve the mobile performance problems of Flash.

I seem to recall conversations about Flash performance on mobile that date from before iPhone.

I’ve always felt as if Adobe failed to invest enough in developing it to be fit for the mobile world it was meant to be part of.

“Adobe is planning to end-of-life Flash. Specifically, we will stop updating and distributing the Flash Player at the end of 2020.” Adobe Corporate Communications, 2017

Adobe could have done something more with the standard it spent so much money to acquire. It just chose not to. Yeah, I can see why Flash (where Adobe controlled both the player and the development tools) may briefly have been seen as part of an attempt to build a platform. But things changed.

“The mobile era is about low power devices, touch interfaces and open web standards – all areas where Flash falls short,” as Jobs noted in 2010.

“Apple users have been experiencing the web without Flash for some time. iPhone, iPad, and iPod touch never supported Flash. For the Mac, the transition from Flash began in 2010 when Flash was no longer pre-installed. Today, if users install Flash, it remains off by default. Safari requires explicit approval on each website before running the Flash plugin.” Apple’s Webkit team, 2017

I will go to my grave feeling that Adobe let itself down with Flash.

I still believe that if the company had been more open in its approach, more willing to swim with the tide, and more prepared to invest in the format – particularly in terms of battery life and mobile performance – then it is possible we would all be happily using it today. After all, when Adobe acquired Macromedia, Flash was THE mobile format.

Who in the company took their eye off the ball?

Who chose to ignore Steve Jobs and try to impose control on the mobile future through Adobe’s control of a media format they hoped the future would be built on?

“New open standards created in the mobile era, such as HTML5, will win on mobile devices (and PCs too). Perhaps Adobe should focus more on creating great HTML5 tools for the future, and less on criticizing Apple for leaving the past behind.” Steve Jobs, Thoughts on Flash, 2010

Exactly. Open beats closed, even when closed has simply been rebranded.

How has the industry reacted?

They don’t seem too upset:

“Flash Player played a pivotal role in bringing animation on the web, but Adobe’s decision to flip its kill switch comes as good news — and with little surprise. Today’s digital era requires a more robust and agile way to implement multimedia on the web, and Flash became too insecure and sluggish to keep up with. Google’s Chrome has paved the way for these faster experiences, as it made the strategic decision to transition from Flash to HTML5 last year. This will force other platforms to accelerate their migrations to open web technologies, providing users a more secure and efficient browser experience. And as mobile becomes an even more standard channel for banking, shopping, socializing and other touch points in users’ everyday lives, these agile experiences will be more important than ever before.” – Scott Zimmerman, Senior Digital Marketing Specialist at Walker Sands Digital

UPDATED: Added Walker Sands Digital statement July 26/2017.
Dear reader, this is just to let you know that as an Amazon Associate I earn from qualifying purchases.
Share