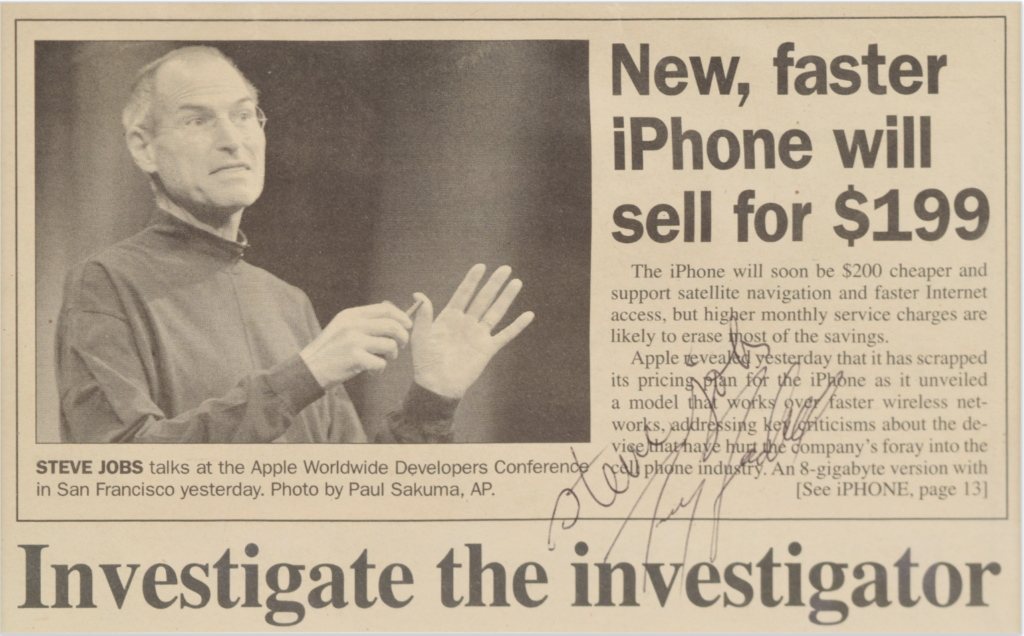 Steve Jobs was actively, if a little ineptly, seeking employment after dropping out of Reed College in 1972, now one of his signed job applications is up for auction and is expected to raise more than some of us earn in a year ($50,000+).

Thanks for all the fonts

We know that Jobs dropped out of college because he really didn’t want to be a financial burden on his parents. He didn’t fall completely out of sight – he found ways to check classes about Shakespeare, dance, and calligraphy.

The latter in particular was a huge influence on the development of the Mac, and its font handling capabilities which – history shows – kick-started digital arts.

“If I had never dropped in on that single calligraphy course in college, the Mac would have never had multiple typefaces or proportionally spaced fonts,” Jobs told students during his famed Stanford commencement speech in 2005. 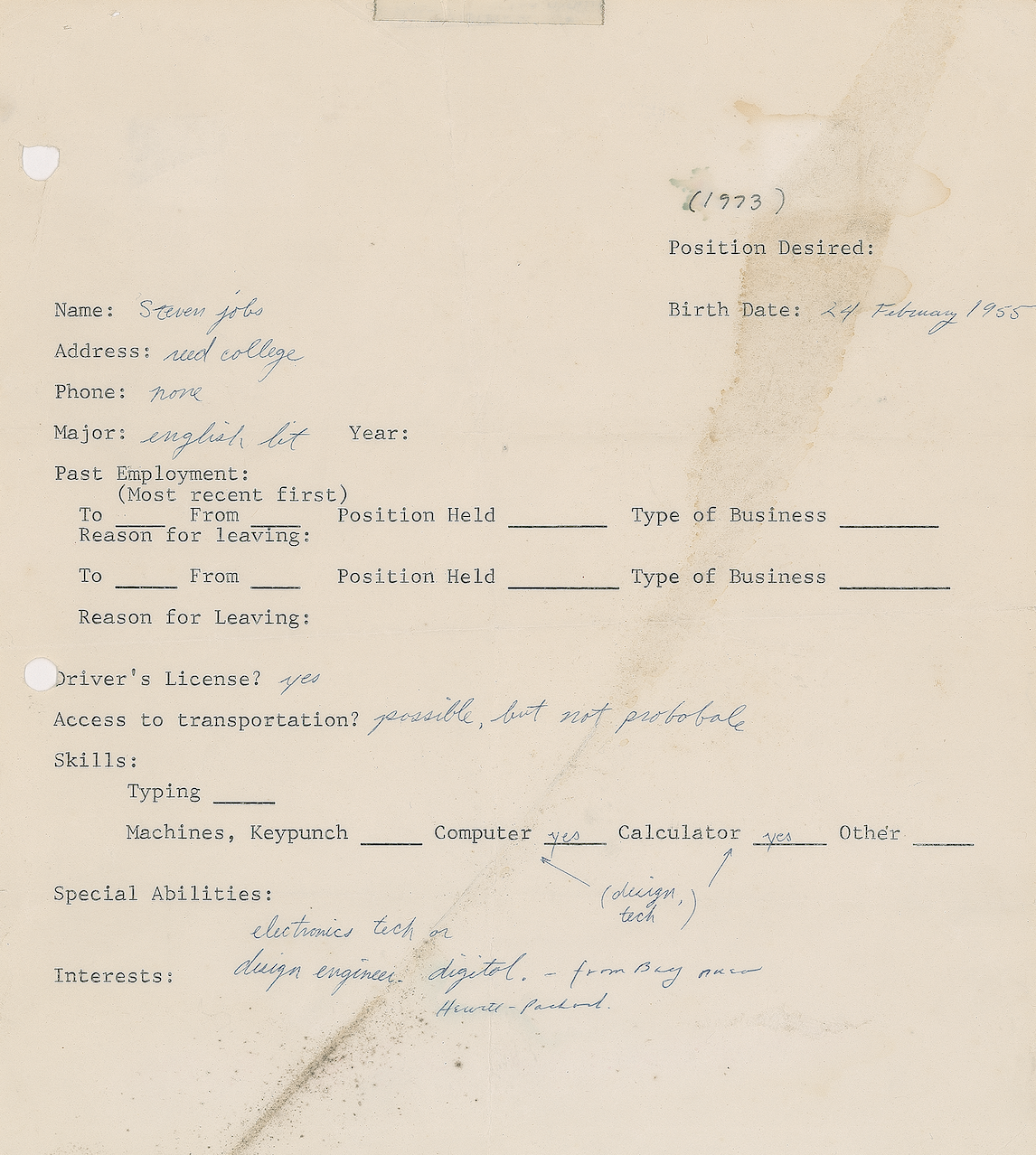 Is this the original Steve note?

In the middle section of the application, Jobs confirms he has a driving license, but says actually having access to any was only “possible, but not probable,”.

He also stated his skills as being computer and calculator, yes and “design tech”. the bottom, he describes his ‘Special Abilities’ as “electronics tech or design engineer. digital.—from Bay near Hewitt-Packard.” (note incorrect spelling).

He didn’t get this job, but he did eventually find work at Atari, where he met Steve Wozniak and founded Apple. 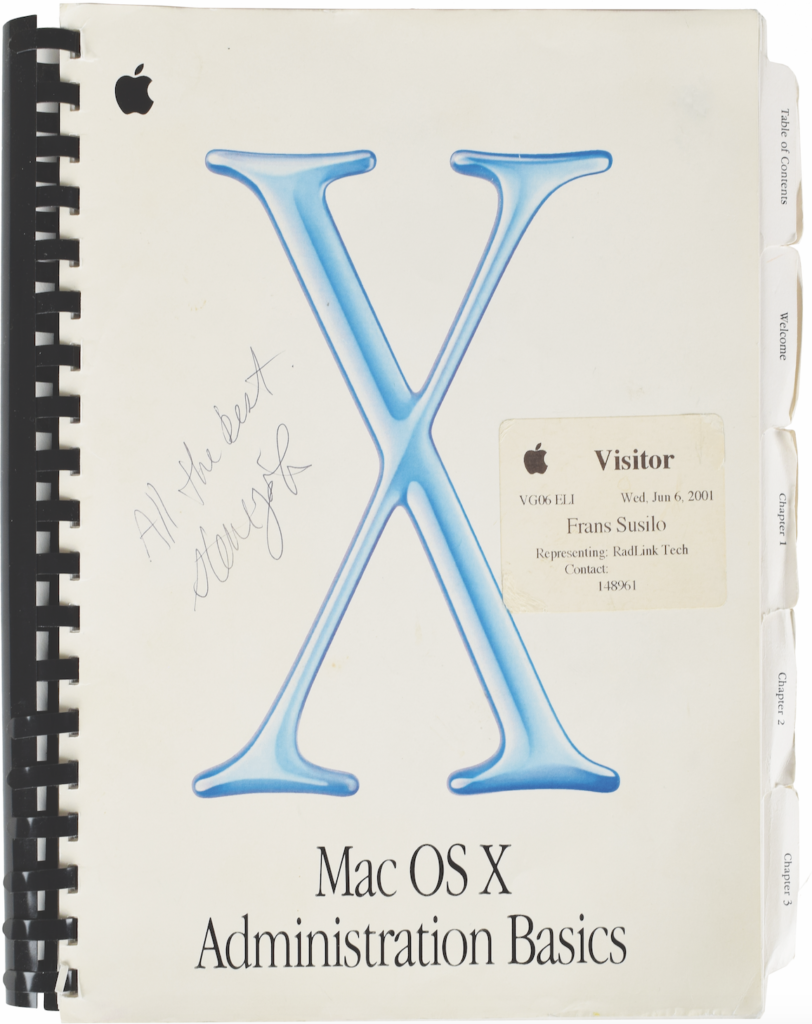 Signed in a car park

The auction will also offer the chance to purchase a Mac OS X manual signed by Jobs in 2001. The person whose manual it was hassled Jobs for a signature in Apple’s car park.

“It was afternoon, the end of my training day and I just got into my car when I saw Mr. Steve Jobs walking into his car. I rolled down my window and called up his name. He asked me whether he knew me. I told him I certainly knew who he was and immediately asked him if he would be kind enough to sign my Mac OS X Administration technical manual. He refused and said ‘I feel weird doing that.’ I refused to back down. After a bit of cajoling on my part, he finally told me to hand over the manual and pen. He said ‘give me those’ and he autographed my manual.” 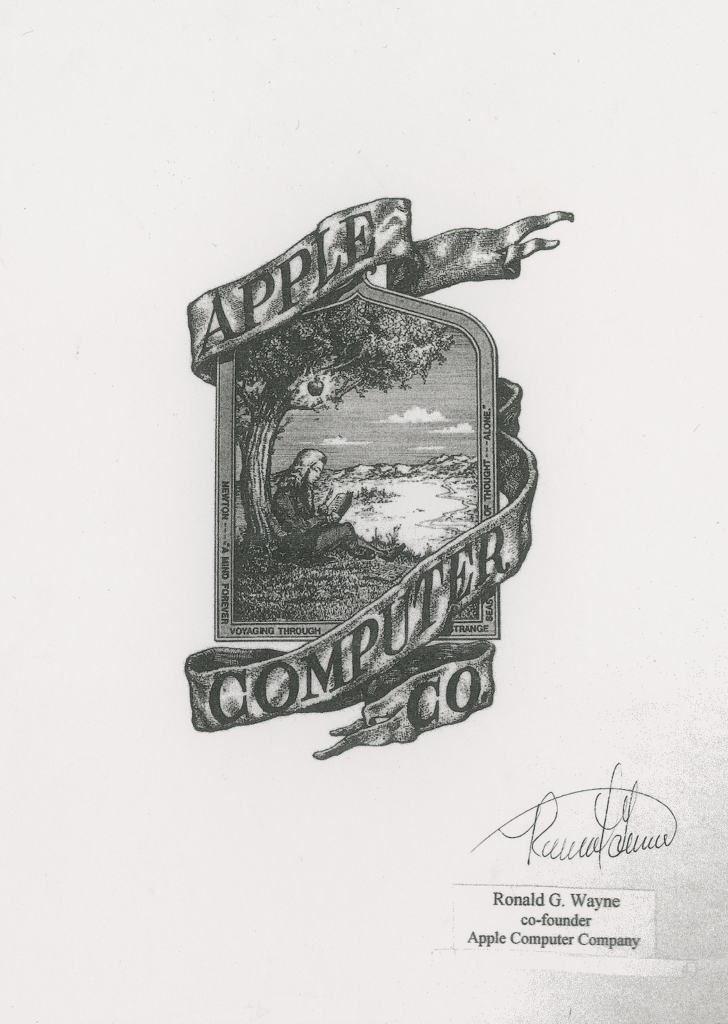 The auction also features a signed newspaper clipping from, 2008, featuring an image of Jobs speaking at the Apple Worldwide Developers Conference for the introduction of the iPhone 3G, with the headline, “New, faster iPhone will sell for $199,” signed by Jobs. (Estimate: $15,000+). Apple watchers will also be interested in a copy of the first ever Apple logo signed by Apple co-founder, Ron Wayne.

These items are up for sale as part of a Pop Culture auction, which also features signed memorabilia from Jimi Hendrix, Bob Marley and the Doors, as well as a collection of Harry Potter books signed by the author.

The auction runs March 8-15.  More details can be found online at www.rrauction.com.