A floppy disk signed by Steve Jobs may fetch $7.5k at auction 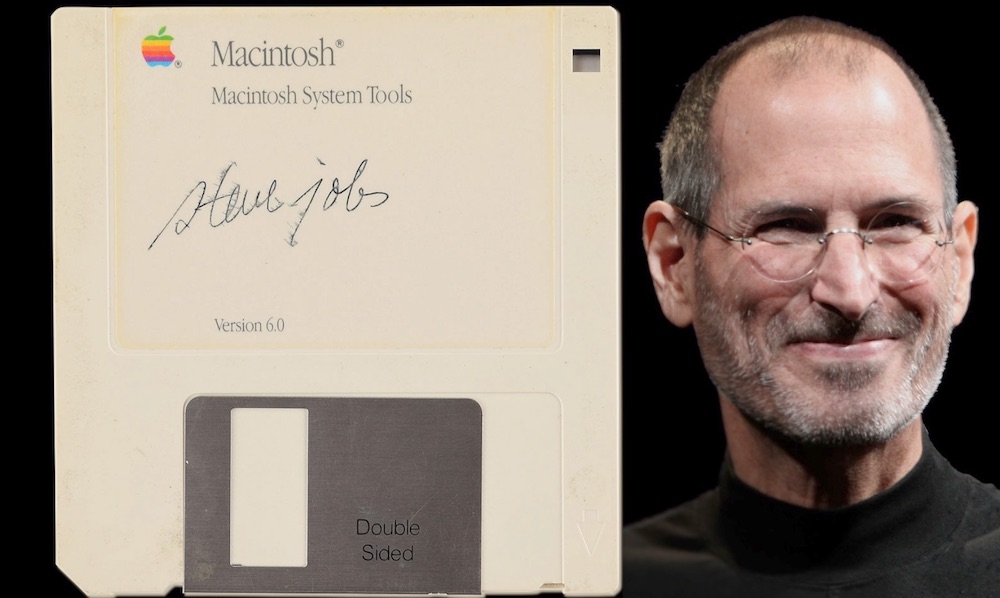 A Macintosh floppy disk signed by Steve Jobs will be auctioned by Boston-based RR Auction on December 4. It’s expected to fetch around $7,500.

Jobs was a reluctant autographer at the best of times, so there is usually a lot of interest in items signed by him.

Also up for auction is an original Apple Computer business card for Steve Jobs as chairman of the board, 3.5 x 2, featuring the company’s colorful rainbow logo.

“There continues to be a very strong market for Steve Jobs related memorabilia, along with other late-century icons of technology,” said Bobby Livingston, Exec VP at RR Auction.