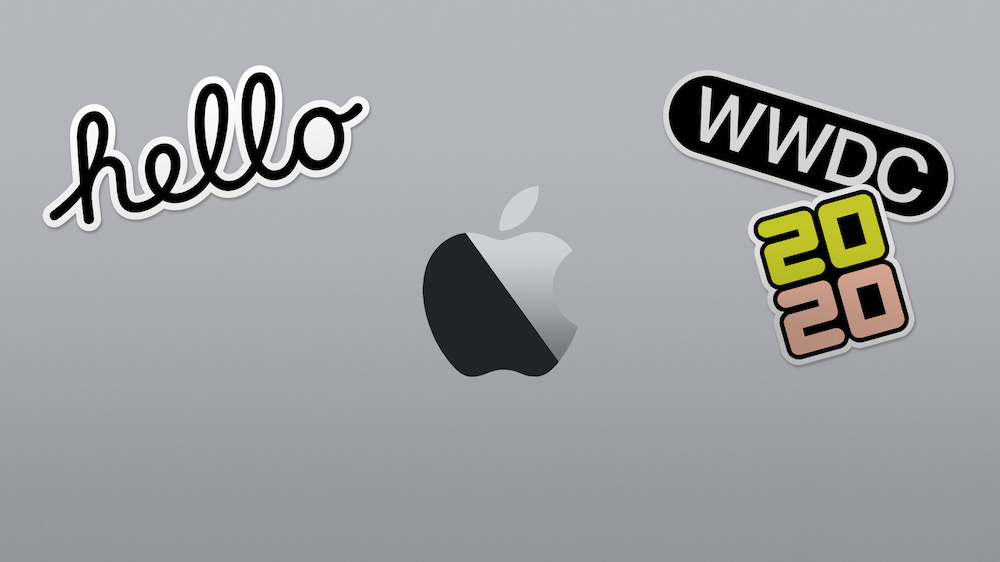 Apple’s own image for WWDC has some interesting elements to it.

I think everyone expected WWDC would be cancelled as the scale of the threat the coronavirus presents revealed itself across the last few weeks.

While there are far, far bigger and graver challenges for most of us to worry about (prayer currently feels appropriate, even if you lack religion), I felt it might be positive to look at the good things about Apple’s decision to take the event online, rather than hold it in San Jose, California.

Apple says it will offer the show in a new format that delivers a full program with an online keynote and sessions, offering a “great learning experience for our entire developer community, all around the world”.

While an online event lacks the intimacy and excitement of bringing everyone together, one thing it does do is democratize the message.

Most years, everyone watches the keynote online and many Apple professionals will watch the State of the Union address.

However, the developer sessions aren’t necessarily made available for a little time. By taking its event online, Apple will be able to get its message out in real time to every developer, which will hopefully help nurture ground-breaking new apps.

2. Engineers may get to answer deeper questions

It costs money to attend WWDC – not just the admission charge, but the costs of going.

Bringing the event online gives less successful and start-up developers more of a chance to take part – and also means Apple’s engineers may end up handling more complex questions from the kind of developer talent who may not be so successful yet, but will be tomorrow.

And that’s good for everybody.

3. You get to live life on repeat

Didn’t understand something? Rewind. Didn’t understand a point in a small group presentation? Ask for an explanation without worrying if you look like an idiot – after all, online, no one can see.

“We are delivering WWDC 2020 this June in an innovative way to millions of developers around the world, bringing the entire developer community together with a new experience.”

Now, we don’t know what that means quite yet, but the promise of some kind of social interaction that’s buried in there may end up making it way easier for developers from across the world to find each other and work together.

5. It means there’s lots to expect

If Apple planned a simple maintenance show with a few gentle upgrades and a less ambitious agenda, it could so easily have simply cancelled the show, delayed it, or let it go.

Apple didn’t do that. This means it has something to say.

Yes, what it has to say will likely be eclipsed as the scale of the human disaster we’re facing is discovered, but the company will still be making a bid to help rebuild the future. That’s the Apple Way.

“With all of the new products and technologies we’ve been working on, WWDC 2020 is going to be big. I look forward to our developers getting their hands on the new code and interacting in entirely new ways with the Apple engineers building the technologies and frameworks that will shape the future across all Apple platforms.”

It makes me think there’s a lot to get through.

I just love the “Hello” on the image Apple shared when it announced its news. It’s the same hello the company used when it introduced the Mac. (And the iMac). What could that mean? 😉

Not only may Apple reach more people with this approach, but it may manage to bring its messages home to a new generation of proto-developers who haven’t quite decided to work in tech who may end up learning something that excites them during the online show.

And, to be honest, limiting the extent to which the virus can spread within all the company’s different communities is the right thing to do.

I care about my communities, and you should too.

7. Though there is one more thing

The one challenge Apple has to deal with here is how much it chooses to charge to attend the online show.

Given the scale of the societal challenges we all face in the here and now, there’s really strong arguments to make the whole event free.

Doing so could give the company a chance to galvanize its (by then) inevitably stressed out community with a little hope and optimism. I hope it seizes that chance. Because I think we’re going to need both of those qualities by June.