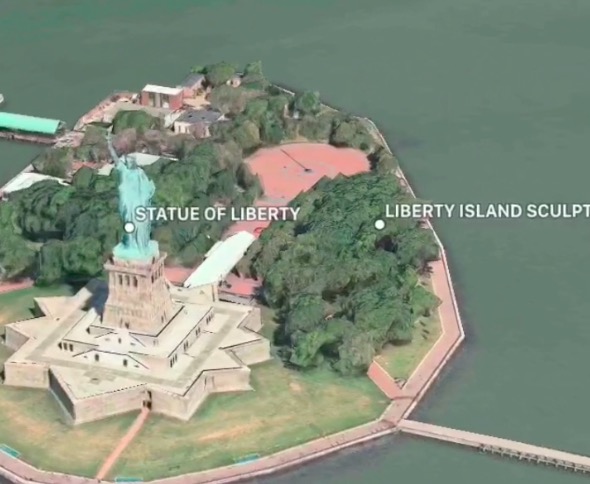 Apple didn’t tell us anything much about it, but it has dramatically improved Flyover inside of iOS 11, providing highly entertaining VR-based bird’s eye views of multiple cities across the planet, from the U.S to Italy, Germany, London and beyond.

The reason we call it VR is because the feature uses your iOS device’s camera and built in motion sensors to track your position and move you around these 3D environments. Raise your display to get a slightly different angle/view. You can zoom in and out as the following videos show.

I think this means Apple has begun implementing some of the new technologies it got its hands on in 2016, when it opened its new Maps R&D center in India, bringing RMSI on as a key partner. The latter firm then held one of the world’s largest databases of 3D building data, and now (it seems) Apple is using this information.

How to use it

To get to these Flyover AR movies you need to identify a city that supports them in Maps. Try London, New York, Berlin, for example. Search for them in Maps, tap Flyover in the box you should see and wait a few moments. The images will load and you can take a look at these new views.

Word is that you get better results running this on a faster iOS processor.

The following videos (made, no doubt, using iOS 11’s all-new Screen Recording feature) give you a sense of what these 3D flyovers are like – don’t forget they move when you move.

So.. Apple put an awesome VR mode in Apple Maps (powered by ARKit) and didn’t even talk about it in the Keynote ? Wow pic.twitter.com/2ZBBXj4NYM