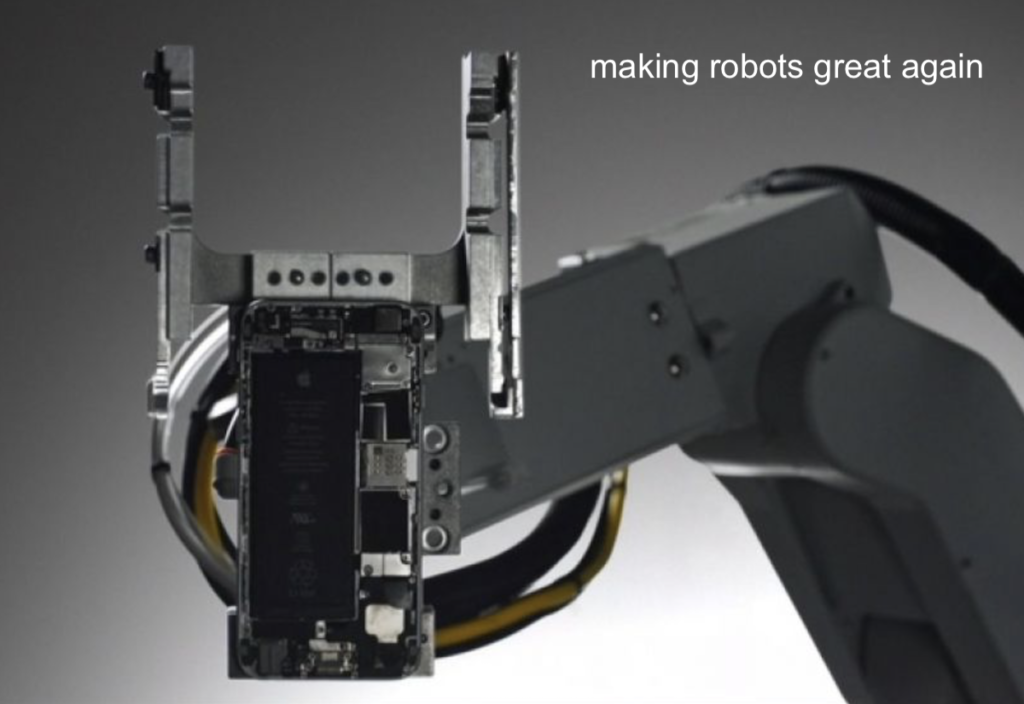 Who pays? You do.

While the current us prez turns to Twitter to share a flawed analysis that it’s as easy as pie to replace an international consumer electronics supply chain with ‘Made In U.S.’ components, even though the infrastructure and engineering talent (let alone the educated labor force) is not in place, Apple has warned that it will be U.S. consumers who lose if fresh tariffs are applied.

Apple has written a letter to the government in which it reveals all these products may become more expensive to consumers as a result of tariffs.

While it is possible some consumers will simply grin and bear these raised prices, they will have an impact across Apple and its global supply chain and may significantly impact Apple’s business.

That’s a bad thing, as Apple is already the largest corporate taxpayer in the U.S.

That means that decisions that negatively impact Apple’s position will inevitably impact the U.S. economy in a negative way – rather more than, say, imposing an additional member’s tax on golf courses would defray.

The inevitability within all this is that if Apple were to attempt to build a U.S. supply chain to replace its international one, it would be unable to find enough trained staff, which would prompt it to create automated facilities, meaning fewer jobs on a global scale and little employment on a national one.