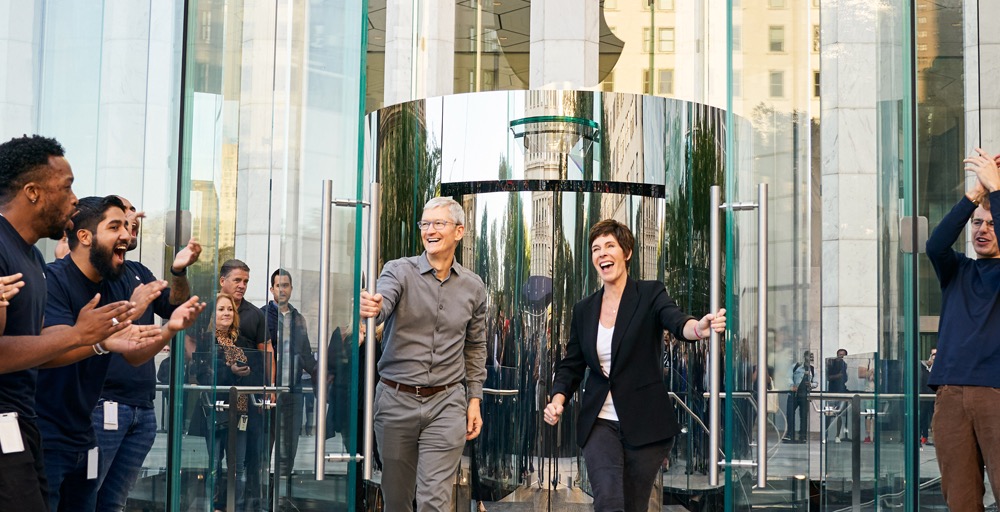 Apple CEO Tim Cook visited Europe this week and took time to speak with media across the powerful Eurozone. Here’s what he told us, summarized from interviews/reports in Les Echos, Stern, MacCity, nd Bild.

Sales are “off to a very strong start”.

Quality journalism is crucial to all our lives, communities and wider society. Reassured by the passion and desire for truth shown by the students in Firenze tonight, and proud to work with Osservatorio Permanente to help students more accurately understand the world around them. pic.twitter.com/kEWldIN7P9

“Quality journalism is the foundation of every democracy and an open and free press is essential.”

“All of us lovers of democracy and freedom must think that separating the false from the true is the basis of freedom.”

When you read reports it is important to “develop critical thinking,” he said.

“At Apple, we will never treat you as products but as customers with dignity and respect.”

Wealthy countries must “accept migrants who are fleeing difficult situations,”

“Education brings equality,” said Cook, calling it “a springboard to make sure that everyone can have equal opportunities “.

On Apple’s commitment to environment and rights

“We don’t do this because we must, but because it’s right.”

“If you spend more time looking at your smartphones than people’s eyes, you’re wrong.”

“Currency should stay in the hands of countries,” said Cook. “I’m not comfortable with the idea of a private group setting up a competing currency,” he said.”A private company shouldn’t be looking to gain power this way.”

Had a great time meeting the folks at @Ubisoft and @Pastagames, two of our amazing @AppleArcade game creators in France. Run, Rayman, run! pic.twitter.com/XDNQZKVGCC

On Apple and monopoly

“No reasonable person would ever call Apple a monopolist.” (Apple doesn’t dominate any market it is in, might I observe — therefore it just isn’t a monopoly. Others with larger market shares, however….).

On the App Store

Cook rejects the idea that his company is abusing its app store.

“Customers buy an experience from us, and this experience includes a trustworthy place to buy apps in which we curate and check all applications.”

On Apple apps at the App Store

The App Store is like any other supermarket, most of which have their own brands on the shelf.

“Who benefits from having another product on the shelf? The customer..,” he said.

“It’s not whether Netflix wins and we lose, or we win and they win. Many people use multiple service and we’re trying to become one of them.”

“I believe that if each of us starts to think that everything we do is supervised and all the research and what we think are known, in time we will change our behavior. Not because there is something wrong but because with less time available, we explore less,” warned Cook in his argument against any form of state or private surveillance.

On Trump’s trade war with China

“I think there will be a trade agreement with China,” he said.

“Our two countries must win, otherwise the world will lose.”

On relations with the current U.S. president

“He is someone we can talk to, answer the phone and accept the fact that we do not always agree.”

What a visit to Apple Champs-Élysées — such a magnificent store! Loved getting to join in on a #TodayAtApple photography session. pic.twitter.com/PnSm7EQDCo

The French market is incredibly important to us. We spend a billion Euros on our supply chain in France. (He also loves French food.)

“Rising inequality is a challenge for governments and businesses,” he said, warning of a need for real effort to avoid the widening gaps between those who benefit from growth and those who don’t. “This is crucial for the cohesion of society,” he said.

“I do not subscribe to the opinion that the smartphone industry has reached its peak. This market is about twelve years old. The PC market has forty and is still growing slightly. These markets are cyclical and currently in a stagnation phase.”