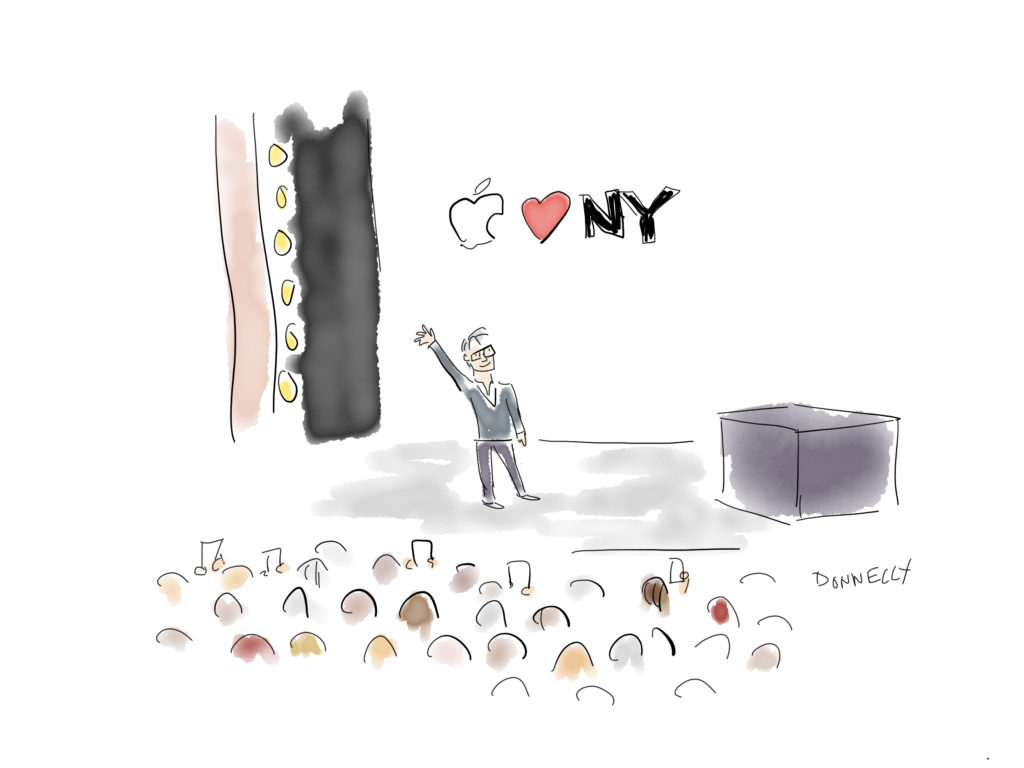 Needham & Co. analyst Laura Martin is one of my favorite Apple-focused analysts and she raised her guidance on the company today, to Strong Buy with a $225 target price.

Announcing the raise, she cited the company’s ecosystem, network effect, survey data of 600 people, and the content services the company will announce.

I’ve looked through the extensive research note to identify some of the reasons Needham has such faith:

Apple has a powerful hardware-based network effect. Most users stick with the platform(s) for eight years.

The most successful ecosystem firms on the planet are the FAANG firms (Facebook, Apple, Amazon, Netflix, Google). Martin believes Apple is the most likely FAANG ecosystem to prevail.

“We believe that the FAANGs will increasingly get into each other’s businesses,” she explained, adding “We conclude that Apple is best positioned to outperform FAANG competitors.”

Apple is an ecosystem, not a product company

Wall Street may not understand it, but Apple is an ecosystem. You purchase its products to enter its ecosystem. “If AAPL were valued as an ecosystem company, we think it would trade at $265/share, up 42% from current levels,” Martin said.

Apple doesn’t want you to upgrade (it does)

Apple is most vulnerable when people need to upgrade their device, as that is when they are most at risk of leaving Apple.

To take this notion even further, Apple isn’t up against product-focused Android—its ecosystem competes against the entire Alphabet/Google ecosystem. “Of the 1Q19 respondents that bought an Android first, 45% switched to AAPL the first time they upgraded, 30% the second time, and 25% the third time.”

Android switchers don’t go back, much

100/100 people Needhams surveyed who had previously used Android devices before switching to Apple never went back.

Apple should offer discounts to Phandroids

Needham’s points out that in its own surveys it has found that the things customers say they like most aren’t necessarily “product attributes”. It turns out they also like iMessage conversations between iOS users, always-on texting, ease-of-use and a number of other tools you can only use if both parties use iPhones.

Everyone who owns any Apple product owns an iPhone

This stat speaks for itself and gives Apple a universe of around a 900 million users, many of whom own two or more of its products. 22 percent of Apple users owned four or more Apple products. 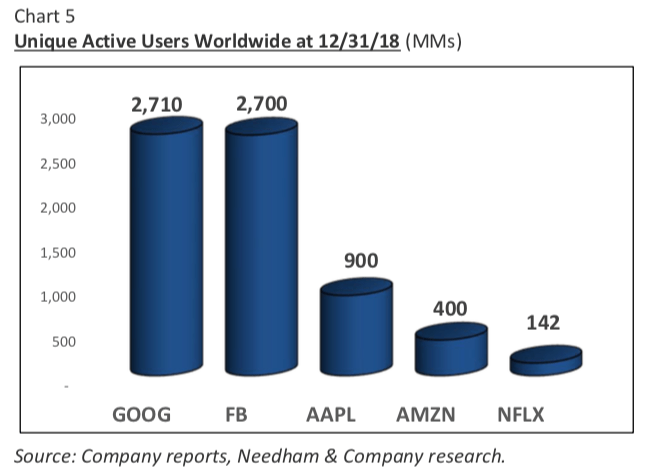 One more thing: That near one billion user congregation also includes some of the “wealthiest individuals in the world,” the analyst said, citing this as the 15 percent of the wealthiest folk.

‘Get a Mac, and get a discounted Apple Watch’. “Owning more products is the fastest way to lower exosystem churn.”

If you offer nice services users are likely to stick around twice as long. Not only this, but users find more ways to spend money within Apple’s ecosystem over time which serves to increase loyalty.

Spending isn’t always big – but it adds up

The analyst estimates that Applegenerates 2-4x more annual free cash flow than any other FAANG. In fact, it generates more annual FCF than all the other FAANGs combined. The company could “double” the cash it has in just two years.

But size is also power

Apple has around 15% of the global smartphone market. Android has 70 percent. Which company (Google or Apple) is most likely to experience government oversight? It’s Google which will bear the brunt of any competitive regulation, while Apple’s relatively smaller market size means it can’t be accused of dominance.

While we’ve always judged Apple as a product company, Martin repeated her analogythat Apple is more like Harry Potter than Pixar. “There appears to be a floor level of demand that lowers Apple’s risks”, she said, citing iPhone’s 200 million/year stable sales record, the 45 million iPads Apple sells most years and 20 million Macs. Apple’s customers may not invest in every product, but tend to stick around when they aren’t tempted to purchase the current upgrade.

AI may be Apple’s weak spot

Needham’s believes machine learning and AI will be the most important network effect in the next few years.

It argues that Apple has a weakness here, and it’s not the tech – “in an AI world, their [Apple’s] data is biased- it’s only about upper income people (ie, their clients).”

“We expect this data bias to taint their AI algorithm outputs, making their conclusions less valuable,” than the other FAANGS, who basically get better (because more diverse) data.

I can see this becoming a potential problem as AI drives increasing human activity.

Economic weakness, trade wars or poor reception of an Apple product are the biggest threats, the analyst states.