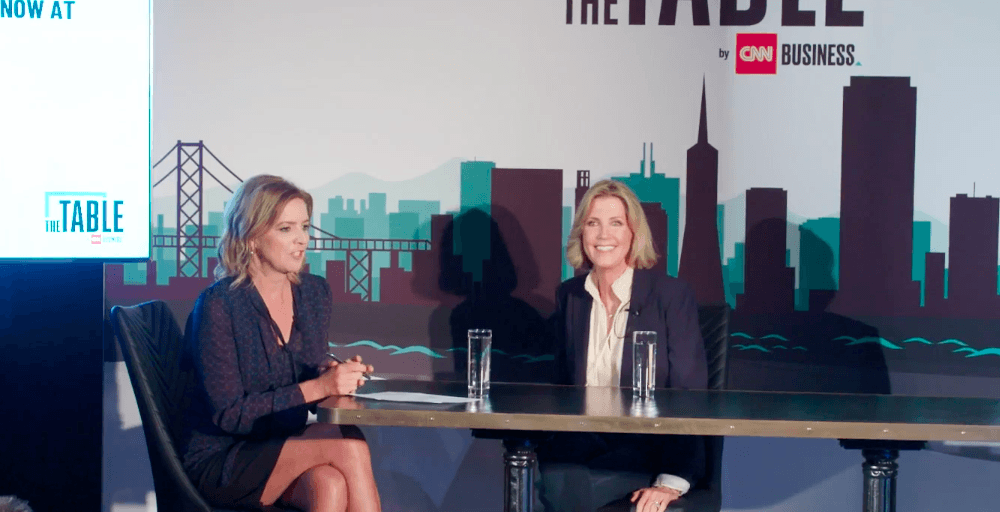 Apple’s VP Internet Services, Jennifer Bailey, appeared at CNN Business’ The Table live event last week in San Francisco. She had a lot to say, and not just about cryptocurrency.

I’ve been through her entire interview and pulled out a small selection of facts, stats and interesting insights I think most Apple watchers might be interested in learning.

The NFL is in on contactless

Apple confirmed that 27 NFL stadiums will roll out contactless ticketing this season, so you’ll be able to use your iPhone to get through the turnstiles and buy items once you get inside.

“We’re really excited about the progress in the U.S. and I think we’re going to continue to see it really grow quickly.

Apple is working on identity

I’ve been saying for some time that Apple will inevitably offer up government level identity, It’s happening, but its slow, confirmed the Apple VP.

“The hardest thing is identity. And the reason is that identity, to be legal, right? It has to be government issued and has to be authenticated by the government. And while there’s interesting progress happening in this space, it’s not the fastest area of innovation relative to some others.

“In fact we see across the globe many countries starting to use mobile to add passport. You might use a mobile passport when you’re going through airports today. And so it is moving and I think it will continues. So it’s not too far away. It just won’t be as fast as some of the other activities we have.”

We still need a solution for tips

Tips are a problem, “that personal touch us one area where we still need to work more on that.”

“I think the reason we have under-banked is because I think the products and servicea and the fee structure as associated with banking can be very expensive for lower income. And so I think that’s the problem that needs to be solved. We want people to have money. If they have money, we want to have it in a secure place. And so I think creating products and services that address a lower income segment without super high fees or high minimums is important.”

People still think that cards are more secure than mobile payments. They’re not.

It is harder to change habits in certain generations, but younger people are already making a lot of use of cashless.

“We’re trying to create new services for customers for really our install base that makes their lives better. That improves what they’re doing, that gives them more enjoyment. And so that’s how we think about it. We design products that improve people’s lives with our technology. And that’s really the focus of the services business.”

On working well with others

If you use Venmo and I use Apple Pay, it’s difficult. Is Apple developing universal standards? In short, yes, though Bailey seems to be focused on the development of banking standards, rather than adopting the task itself.

Bailey stressed that every Apple product has an element that is both focused on security and privacy:

“I think we’re beginning to set a standard and a bar for what does it mean to have privacy in your transaction data, which, if you think about it, is incredibly private.”

Apple is watching crypto and thinks it is interesting, but that’s not actually a prime focus.

“We’re primarily focused on what consumers are doing today… Most people are pretty happy with their debit card as an example… so helping people do that in a more secure way on our platform and in a more real time way is what we’re focused on.”

Do you understand the consequences of interest rates when you take out a loan? Most people don’t. Apple’s response was to create a payment wheel to help consumers assess the cost and consequences of borrowing within Apple Card.

Apple’s Activity monitoring tools for exercise aims to get people standing and walking. When it comes to Apple Card, it has a similar vision: to help users understand what they are spending on a weekly and monthly basis, it wants them to understand the cost of borrowing.

“We have a lot more things on our list to do in terms of improving financial health.”

“I think there’s a wide range of rewards programs and in our view, many of the points programs are offering less and less value to customers. The points are becoming devalued. There’s blackout periods. It’s complicated, and so from that perspective, we think that cash back is the best value and the fact that you get it daily is never been done in the industry before. And it’s immediately available to use. Especially if you are on a tighter budget and you need to have that cash immediately, it can be an important part of the financial picture. So I think from that perspective, we really do think it’s a better value.”

Apple does not want to be a bank

“We’re not interested in being a bank… particularly the regulated part of that.”

Credit is a literacy challenge