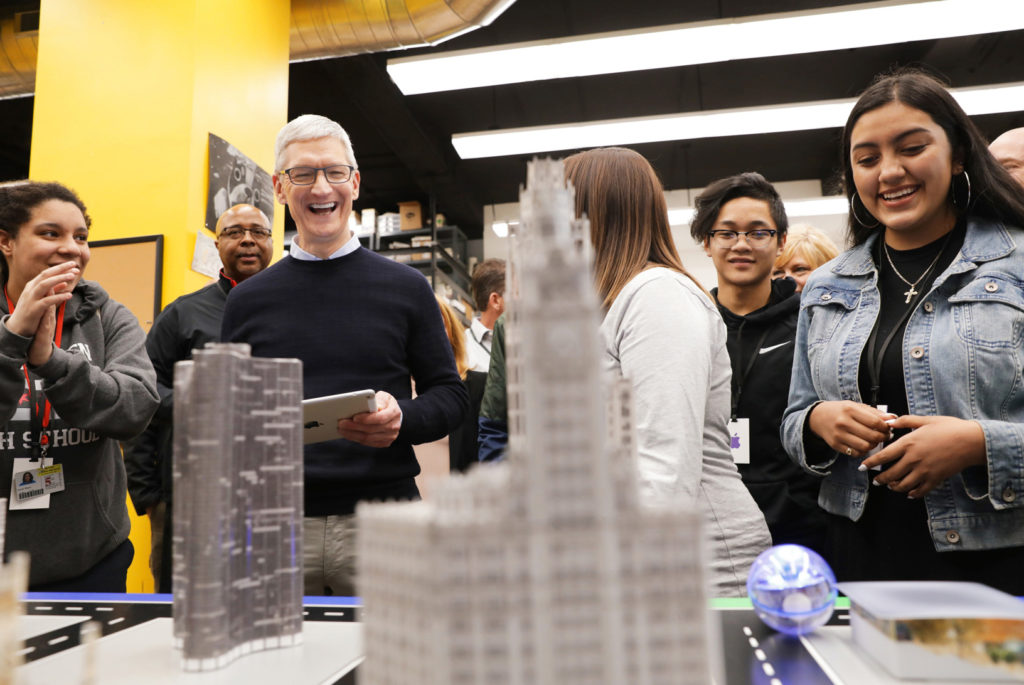 Tim Cook covered some of the big issues of the day in his MSNBC revolution.

“I wouldn’t be in this situation,” he said, discussing Facebook’s company-destroying data leak and abuse scandal. “We could make a ton of money if we monetized our customers,” he added, “’If our customers were our product. We’ve elected not to do that.”

“We’re not going to traffic in your personal life,” Cook said. “Privacy to us is a human right, a civil liberty.”

Cook “finds it creepy” when “all of a sudden something is chasing me around the web.”

“We’ve never believed that these detailed profiles of people, that have incredibly deep personal information that is patched together from several sources, should exist,” said Cook. They can be “abused against our democracy”.

Cook didn’t want regulation. No one does. Politicians have this tendency to be bought, dumb, or stupid – and the regulation they make reflects that. But there are times when self-regulation fails. “The best regulation is self-regulation,’ Cook explained, adding, “I do think that it is time for a set of people to think about what can be done here”.

The iPhone isn’t totally manufactured in China, Cook said. “There’s equipment and manufacturing” all over the U.S. He stressed that the company has created (and always has created) thousands of jobs and “doesn’t need” political pressure to do so. “We are patriots. So we want to create as many jobs as we can in the US.”

On the third H.Q.

Apple isn’t going to make U.S. states compete to host Apple’s next big hub, but he is looking outside of California and Texas. “We’re not doing a beauty contest type of thing.”

“I am very disappointed in both parties,” he said, in response to the repeal of the Deferred Action for Childhood Arrivals program, or DACA. “It’s unthinkable such changes are happening in the U.S.,” he added.

On politics and business

“Government and business should work together.”

“We all have to get comfortable with notion that education is lifelong. Jobs will be cannibalized over time and replaced by others.” Assistance needs to be put in place to help people retrain, he said. Not just by government, he stressed. “Governments and business need to be working together.” (CNBC)

“We price things as low as we can,” he said, pointing to the value of the free software Apple provides that supplements the hardware.

On tech and people

“Our products are tools,” he said. “They help people — not replace people.”

“Everyone needs to code….”

“We have to reach out to women and unrepresented minorities that have been too low in coding.”

Question from the audience: What is the piece of advice you would give your high school self?

Apple CEO Tim Cook: I would tell myself, the joy is in the journey. And on finding your purpose: Your purpose is to serve humanity. #RevolutionCHI pic.twitter.com/HwocnxsKPC

Cook’s full interview with Swisher and Hayes will air on MSNBC on April 6 at 5pm Eastern. I’ll post a link here as soon as it appears. It sounds like it deserves to be shared beyond the network.