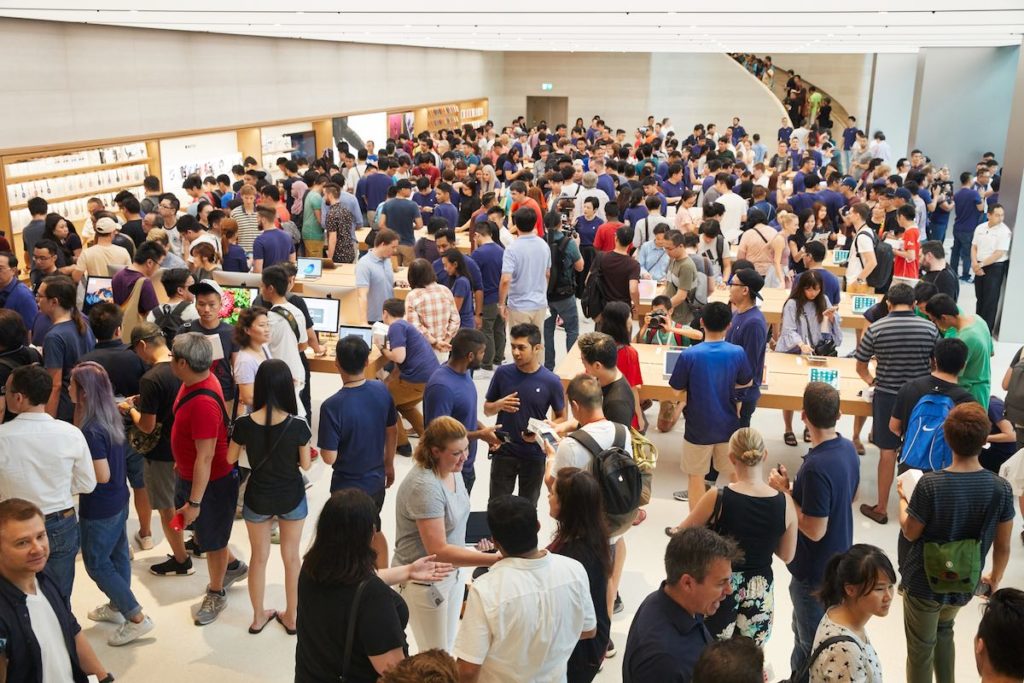 Do you remember contacting all these people?

Apple says it has protected customers from more than $1.5 billion in potentially fraudulent transactions in 2020, preventing the attempted theft of their money, information, and time — and kept nearly a million risky and vulnerable new apps out of their hands.

In 2020 alone, Apple’s combination of technology and human oversight protected customers from more than $1.5 billion in potentially fraudulent transactions at the App Store, the company said.

Threats have been present since the first day the App Store launched on iPhone, and they’ve increased in both scale and sophistication. Apple has scaled its efforts to meet those threats, taking relentless steps forward to combat them.

It takes significant resources behind the scenes to ensure bad actors can’t exploit users’ most sensitive information, from location to payment details.

While it’s impossible to catch every act of fraud or ill intent before it happens, thanks to Apple’s industry-leading antifraud efforts, security experts agree the App Store is the safest place to find and download apps. 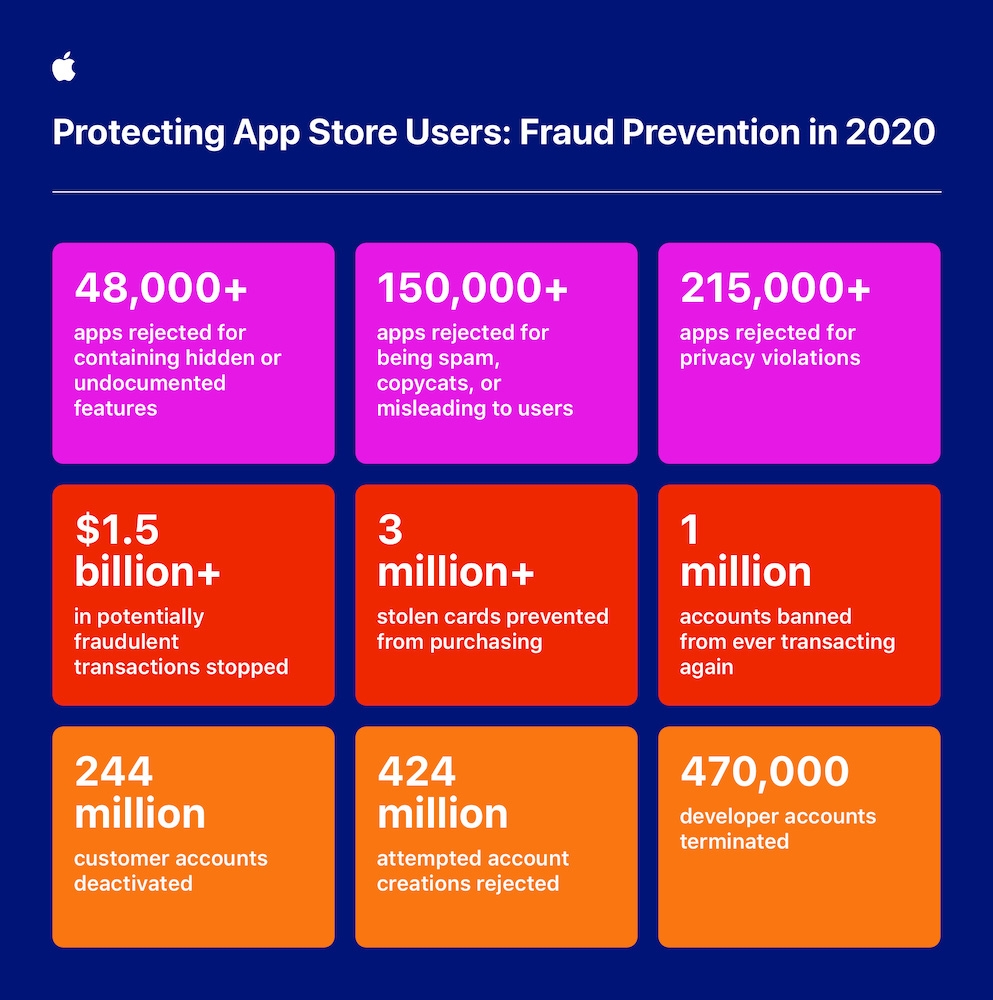 Apple protected customers from more than $1.5 billion in potentially fraudulent transactions in 2020

10 things Apple told us about fraud at App Store

Apple quite rightly discusses its app review process. The company explains guidelines have changed over time to respond to new threats and challenges, with the goal of protecting users on the App Store.

Apple shares some stats from 2020:

What sort of nastiness does Apple prevent

Apple also shared some thoughts around how bad actors attempt to undermine store security. “Some developers perform a bait and switch: fundamentally changing how the app works after review to evade guidelines and commit forbidden and even criminal actions,” it explained.

“When such apps are discovered, they’re rejected or removed immediately from the store, and developers are notified of a 14-day appeals process before their accounts are permanently terminated.”

Apple also recently deployed new tools to verify rating and review account authenticity, to analyze written reviews for signs of fraud, and to ensure that content from deactivated accounts is removed.

And a little more insight

The company shared a few things it has rejected or removed apps for, noting apps that switched functionality after initial review to become real-money gambling apps, predatory loan issuers, and pornography hubs. It also mentioned in-game signals to facilitate drug purchasing, and tools for broadcasting illicit and pornographic content via video chat.

Users can report problematic apps by choosing the Report a Problem feature on the App Store or calling Apple Support, and developers can use either of those methods or additional channels like Feedback Assistant and Apple Developer Support.

Apple’s work to ensure the safety of users who download apps extends even beyond the App Store. Over the last 12 months, Apple found and blocked nearly 110,000 illegitimate apps on pirate storefronts. These storefronts distribute malicious software often designed to resemble popular apps — or that modify popular apps without their developers’ authorization — while circumventing the App Store’s security protections.

And in just the last month, Apple blocked more than 3.2 million instances of apps distributed illicitly through the Apple Developer Enterprise Program.