Turn your Mac into a CCTV system with SecuritySpy 5.0 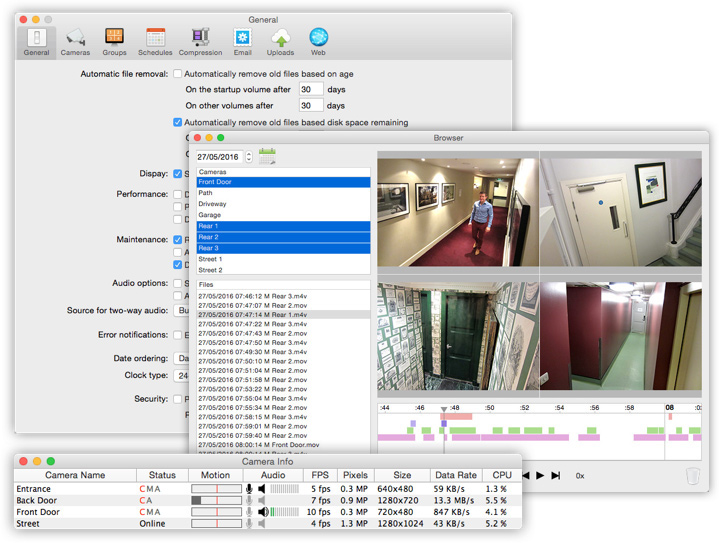 I’ve been a fan of SecuritySpy for years, and it continues to improve.

Developed by independent UK developer, Ben Bird, it’s a fantastic way to create a CCTV system to protect any office or home, and the software was recently updated to version 5.0.

SecuritySpy 5.0 is a major update

Available in July 2019, SecuritySpy 5.0 is NVR (Network Video Recording) software that will enable you to quickly set up an effective video surveillance system of any size, from home or office installations to large-scale professional systems with hundreds of cameras.

Developer Ben Bird seems to have deployed Apple’s much improved object detection API’s within CoreML in this release.

“With the integration of a new AI-powered object detector, SecuritySpy is now smarter than ever,” he said in a press release.

“By training our neural networks on hundreds of thousands of real CCTV images, we are able to achieve excellent accuracy for the new computer vision features,” Bird also explained.

With an easy to manage UI, there’s a bundle of features in the software, including smart motion detection powered by Artificial Intelligence, flexible recording features, remote monitoring, and support for the ultra-efficient H.265 (HEVC) video encoding format.

The built-in secure web server allows remote monitoring of live video and captured footage, as well as configuration of the software, from over the Internet using a web browser or mobile device such as an iPhone, iPad or Apple TV.

The cost depends on the number of supported cameras, peaking at $890 for unlimited camera support.

What are the features of SecuritySpy 5.0?