Nokia and Apple say give peace a chance 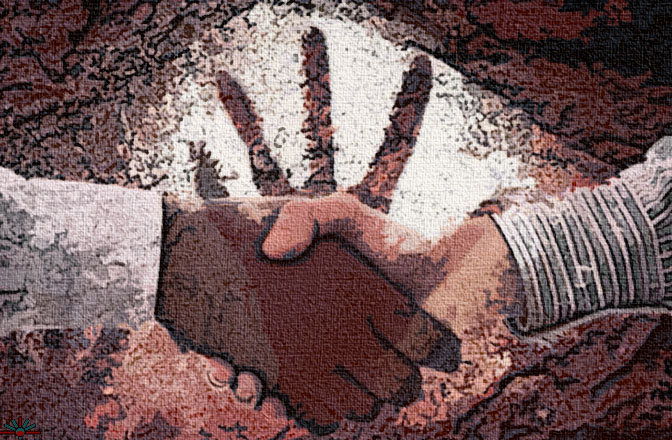 It took a few months but former mobile device angel Nokia, and new king on the smartphone block, Apple, have finally agreed that fighting over patents only makes lawyers rich. In a move that shows (once again) that reaching a political agreement between warring sides requires a little give and take, the two have ended ongoing intellectual patent litigation and agreed a multi-year patent licence.

“This is a meaningful agreement between Nokia and Apple,” said Maria Varsellona, Chief Legal Officer at Nokia, responsible for Nokia’s patent licensing business. “It moves our relationship with Apple from being adversaries in court to business partners working for the benefit of our customers.”

The new deal means Nokia will provide certain network infrastructure product and services to Apple. We can’t be sure what these might be, but it’s reasonable to speculate these may include networking, auto navigation and digital health technologies.

During the short-lived dispute, Apple removed all Withings connected health products from sale at its stores in December 2016. It also accused Nokia of “using the tactics of a patent troll,” when the Finnish firm filed suit over 32 so-called “Frand” patents.

Well, the good news is that those devices are back in store and “Apple and Nokia are exploring future collaboration in digital health initiatives.”

Which has to be interesting.

Also interesting: Nokia has technologies designed to support over-the-air connected car services that may be essential to future vehicles, such as real-time software updates and sensor-based preventive maintenance.)

Proving jaw-jaw always beats war-war, the Apple press announcement states: “Regular summits between top Nokia and Apple executives will ensure that the relationship works effectively and to the benefit of both parties and their customers.”

“We are pleased with this resolution of our dispute and we look forward to expanding our business relationship with Nokia,” said Jeff Williams, Apple’s chief operating officer.

The deal details are confidential, but Nokia will get some money up-front and “additional revenues during the term of the agreement”, reflected partially as patent licensing net sales in Nokia Technologies and partially as net sales in other Nokia business groups.

It’s about this point the press release gets interesting. You see, the partners admit that Nokia’s revenues under the deal will reflect patent licensing and net sales in other Nokia business groups, before stating: “Nokia will follow its existing practices for disclosing patent licensing revenue in its quarterly announcements and expects that revenues for the agreement will start to be recognised in the second quarter of 2017, including an element of non-recurring catch-up revenue.”

Which to me rather begs the question: “How is Apple planning to use these technologies in its products?”

The resolution follows a multi-jurisdiction case in which Nokia filed actions in 11 countries in total, saying Apple violated 40 of its patents covering technologies such as display, user interface, software, antenna, chipsets and video coding.

Apple countersued that Nokia had excluded some patents from existing deals and transferred them to others “to be used for extorting excessive royalties” from Apple.

Based on nothing other than personal hunch, I predict this will be about networking technologies, in particular SDN, 5G and solutions to empower mobile connected device technologies, such as medical, cars, etc. I don’t expect to learn the truth (or otherwise) of this theory fast.