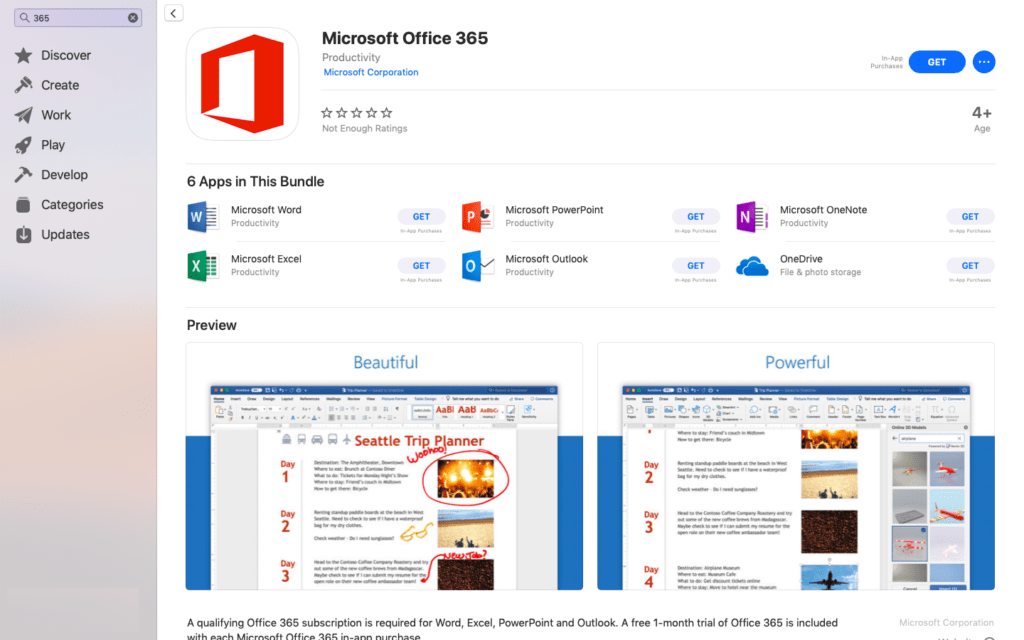 Office 365 and all the apps are currently listed and available at the UK Mac App Store, and will be everywhere else soon!

Apple’s Tim Cook noted that today is the 35thbirthday of the Apple Mac, and it seemed pretty telling that today is also the day that Microsoft’s Word, Excel, and all the other Office 365 products make their blushing debut at the Mac App Store.

In combination with Jamf’s introduction of support for Microsoft’s Azure for MDM identification for Mac users, the arrival of Office at the store truly underlines how far Apple’s platforms have come since being declared dead in the mid-90’s. I can still recall a time when Apple needed to woo Microsoft to keep Office on the Mac platform.

Flash forward to today, and Microsoft’s productivity solutions are available to buy in an instant using any Mac.

“We are excited to welcome Microsoft Office 365 to the all new Mac App Store in macOS Mojave,” said Phil Schiller, Apple’s senior vice president of Worldwide Marketing. “Apple and Microsoft have worked together to bring great Office productivity to Mac users from the very beginning. Now, with Office 365 on the Mac App Store, it’s easier than ever to get the latest and best version of Office 365 for Mac, iPad and iPhone.” 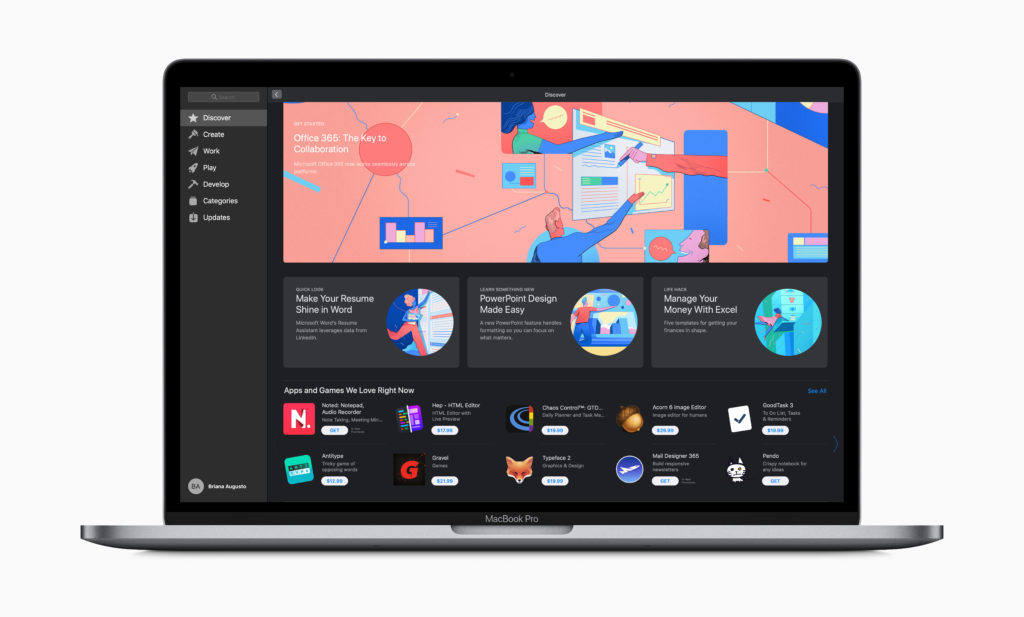 Microsoft is offering a one-month trial of Office 365 though the store, after which pricing is as follows:

The latter includes the apps for up to six users on PC or Mac, and both subscriptions provide you withl 1TB of OneDrive storage per user and 60 minutes of Skype calls per month.

Office 365 apps can also be easily and remotely distributed to employees using Apple Business Manager, a central dashboard where IT can automate the deployment of devices, apps and licenses, and that integrates seamlessly with mobile device management (MDM) solutions.

We are excited to announce that today Office 365 is arriving in the Mac App Store,” said Jared Spataro, corporate vice president at Microsoft. “We have worked closely with Apple to provide Mac users with the very best productivity experience — one that offers everything they know and love about Office through an experience uniquely designed for the Mac.”

35 years ago, Macintosh said hello. It changed the way we think about computers and went on to change the world. We love the Mac, and today we’re proud that more people than ever are using it to follow their passions and create the future. pic.twitter.com/oUQDJN3jRU

Office 365 for Mac supports features that are unique to the Mac experience — features like Dark Mode and Continuity Camera in macOS, as well as the MacBook Pro Touch Bar and the Mac’s industry-leading Track Pad.

Enterprise users can also benefit from Office 365 in the Mac App Store.

These apps can be easily and remotely distributed to employees using Apple Business Manager, a central dashboard where IT can automate the deployment of devices, apps and licenses, and that integrates seamlessly with mobile device management (MDM) solutions.

With Microsoft’s apps also available on iOS, the list of applications you can’t get for Apple’s platforms continues to shrink. Which seems a fitting gift to note 35-years since the Mac platform arrived.