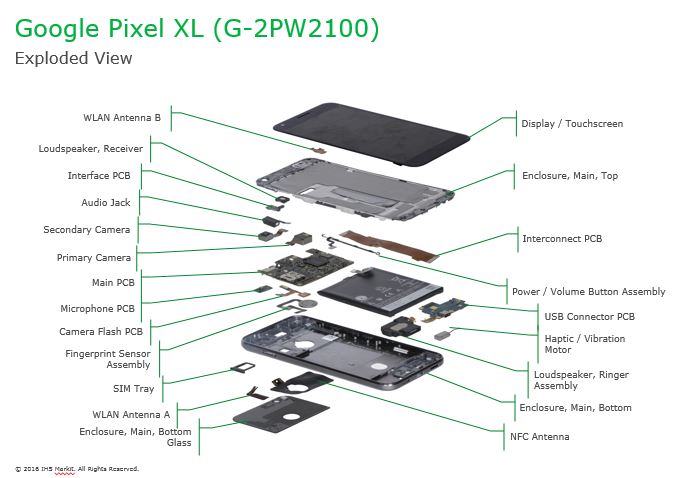 When it gets the chance, Google wants to squeeze as much cash as it can out of the pockets of its flock of Phandroids.

The latest teardown analysis proves the Android company Steve Jobs once accused of “stealing” wants to make almost $500 cash on every boring Google Pixel XL handset it sells. An astonishing $483.25 per unit, to be exact.

Apparently the 32GB Google Pixel XL handset costs an estimated $285.75 including components and manufacturing and sells for around $769. Just a shame it seems so boringly imitative. No doubt it will be available in a new form factor shortly after Apple updates the basic iPhone design. Assuming Apple doesn’t invent and patent completely new production tools, processes, and materials competitors

That’s assuming Apple doesn’t invent and patent completely new production tools, processes, and materials competitors can’t imitate, easily or legally. Why every would Apple want to design something others could not be “inspired” by?

Anyway in case you want to see the components used, here’s the list: 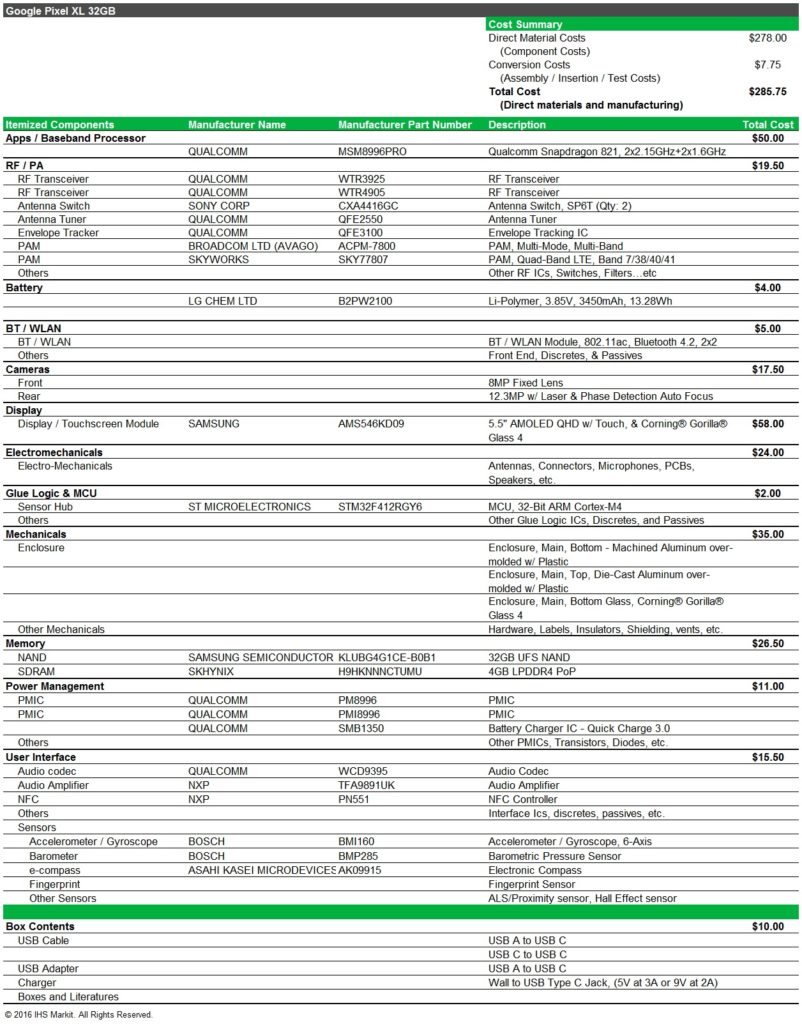