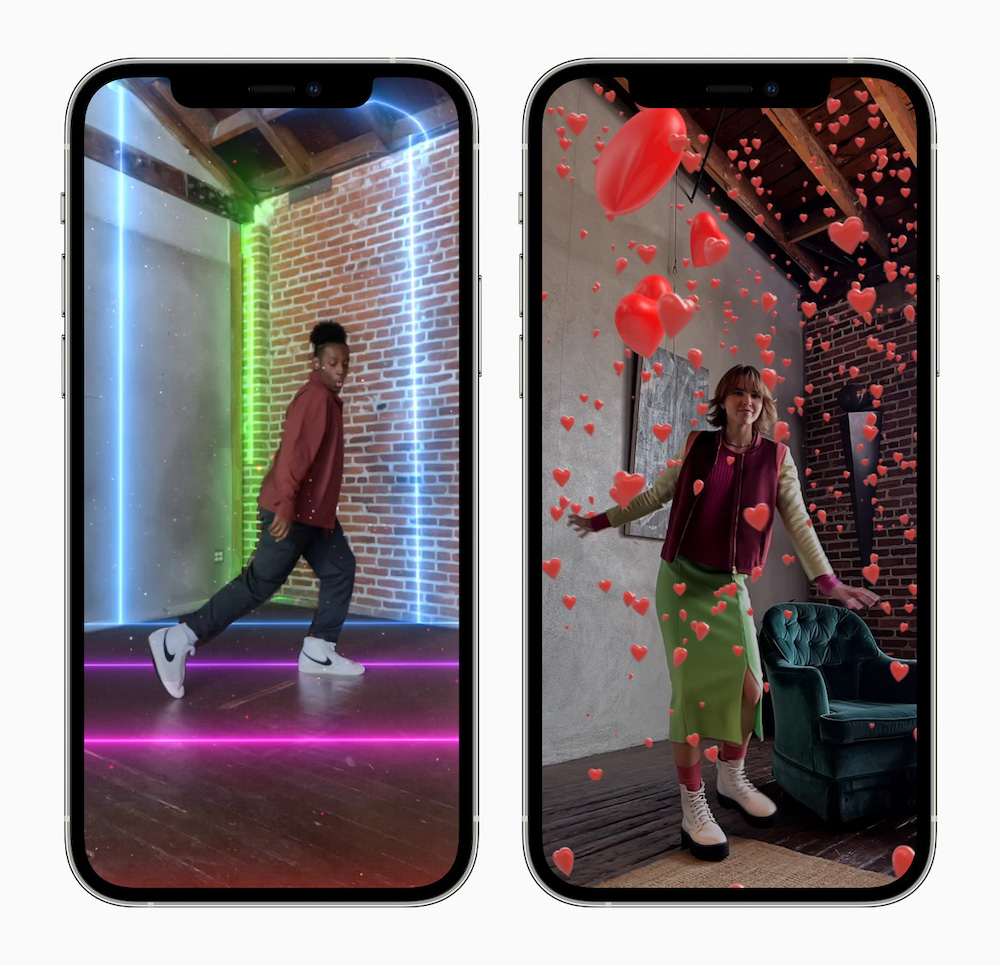 Apple has upgraded its fun to use Clips app with Augmented Reality (AR).

Apple has upgraded its fun to use Clips app with new features that provide a glimpse of how it sees future developments in Augmented Reality (AR). Apple also said it will now update the app with new content every month.

Clips 3.1 makes use of the LiDAR scanner on the iPhone 12 Pro and iPad Pro with a new feature called AR Spaces. This lets users record and share videos boosted with AR special effects, such as three-dimensional hearts floating in space and so on.

AR Spaces lets you take a short video of a room you are in. The LiDAR sensors provide accurate maps of the contours of the space, and then lets you add lighting effects, falling objects and more. Effects will appear on walls, floors, surfaces, furniture and objects.

There are seven effects to start you off:

Clips recognizes people in the video and projects the AR Spaces effects in front of and behind them, making it feel as if the effects are all around the space and subjects.

[Also read: 100 things your smartphone (probably) knows about you]

AR Spaces can also be combined with the animated stickers, text labels, and emoji overlays you can access in the application, and can be recorded in all aspect ratios in Clips, including 9:16 vertical, 16:9 horizontal, and square.

Apple also told us to expect monthly updates for Clips in future. It will introduce new content, such as filters, stickers and more for the app on that new schedule, and notify users as new stuff is made available.

Clips 3.1 is available today as a free update on the App Store for iPhone and iPod touch running iOS 14.5 or later, or iPad running iPadOS 14.5.